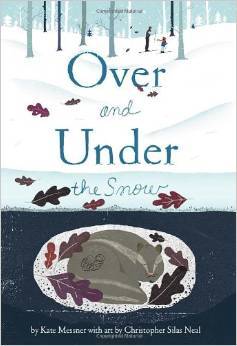 Comic book publishing is on my mind, and it’s largely on my mind because I’m in the midst of a Kickstarter that will bring to print one of my books via Comicker Press — a new publisher that began its life in the realm of digital comics. So, full disclosure here: I have a vested personal interest in comics publishing. But I’m also a fan (as you well know from this site). So, I’m thinking this kinda makes me an expert witness in the trial of The Reader v. Comics Publishing.

If you’re reading Panels, you’re a comics reader and maybe even a “fan.” However you started reading comics, as exciting as they were, you likely began to notice a few things. Like… you need to buy them in a comic book store if you want to stay current. You may even need a pull list to ensure you get the comics you want. You may have noticed that you can’t really read your comics too long before your favorite characters are thrust into some giant universe-altering event and then canceled, rebooted or retooled.

“Comics are a medium and not a genre,” we say proudly and often. But too often comics publishing molds itself to a very limited and niche audience.

We’ve got to start with a quick primer on comics publishing:

Comic books, as we know them today, rose to popularity as periodicals on the newsstand. Designed for kids. Disposable, vendor returnable, much more akin to magazines and newspapers. But somewhere along the way that all changed. Comics became collectibles, the audience got older and more sophisticated (and smaller), and where they were once expected to leave comics behind, they instead became a rabid fandom. Comics publishers tweaked their books, a specialized distribution stepped in, and the “direct market” was born.

Today comics are not returnable, disposable periodicals. As such, a very tight, closed loop system has formed — with very small margins for error. Publishers need to cater to their fandom, retailers need to understand their customers, and customers need to pre-order their favorites to ensure the get their comics.

And, by the way, there are some very savvy retailers out there, who are passionate about comics, figure out their customer base, evangelize for their favorite books, and do a wonderful job of advocating for the beauty of the art form. But even their hands are tied by what’s available to them and the customers who visit them.

Digital comics and crowd-funding sites like Kickstarter have changed things — they’re still very much the “wild west” of the comics frontier, but they represent some fascinating possibilities.

Stela, advertised as “Comics for your phone!”

Stela, for example, is a digital publisher designing comics for your phone. Poised to take on the ubiquity of the smart phone, they’re putting together some really interesting content designed with a vertical scroll for phone reading. Without the cost of print, this allows them to make some dynamic moves and offer new original content that’s clearly outside of that closed loop system.

Comicker Digital, on the other hand, made the move to release its content on multiple fronts: weekly free web comics updates, digital issues on ComiXology and DriveThru Comics, and a phone app. Like Stela, Comicker is focused on diverse, original content. Books that have a potential audience that may not know where the closest comic shop is.

And for those traditionalists, who still want to read things in print, Kickstarter represents one of the best ways to increase diversity in the marketplace. It’s not a perfect system, but it represents something new, and it allows new voices to connect with an audience that does exist, and perhaps exists partially outside of the traditional comics market.

I recently backed BLACK, a new graphic novel about a world in which only African Americans have super-powers, because I saw it bubble up in my social media feeds. I watched the slick video from the creators (Kwanza Osajyefo, Tim Smith 3, Jamal Igle, Khary Randolph, and Sarah Litt), and I felt like this was a fresh, fun, and original story. The campaign hit nearly $92,000 before it ended. So how about that? I guess there was a market for that book, wasn’t there?

The key for a successful Kickstarter is three-fold: the book has to connect with an audience, the publisher or creator must present a professional and transparent campaign, and the rewards must be worth their cost.

Sean Williams of Comicker, put up this pie chart at the start of the Comicker Press Kickstarter:

The transparency is key here. The bulk of the cost goes to printing and shipping. To have art as a physical object, this is always going to be the way. But look at what’s next on that pie chart: creator royalties.

Handled right, you’re not funding a publisher. You’re buying a book that you connect with for some reason. You’re pre-ordering a book that you may not be able to find in a comic book shop. You’re paying the creators for their work. In the case of LOST ANGELS and THE CASEBOOK OF RABBIT BLACK on Comicker, the books are already available digitally in several forms, but we’re trying to turn them into physical objects for folks who want to read and support art in that way.

For me, as a fan and a creator, there’s really no downside. I fund the books I want to read, and I create comics hoping to find and connect with an audience somewhere out there on the web. I love comics. I love my local comic shops, and I love passionate retailers and fans. But above all, I want to read and enjoy comics.

And that’s the bottom line. You shouldn’t have to think about publishing. As a comics reader, you should have a shelf of books to choose from, whether it be digital or physical. You should just be thinking about reviews and testimonials and what comic books speak to your interests. But in this modern world of comics publishing, that “shelf” — the one that contains the true diversity of titles you want to read — that may be spread out across the entire Internet.