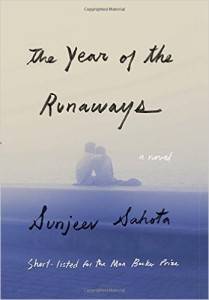 The Year of the Runaways by Sunjeev Sahota

This book has already made a huge mark prior to this week’s US release: It was short-listed for the Man Booker Prize; The Guardian and The Independent both named it one of the best books of 2015; and Granta named Sahota one of the “Best of Young British Novelists.” I agree with it all! This is a very intense, textured story of three men and a woman who come over from India to try to make a life for themselves in England. It is a remarkable look at their struggle and the difficulties of immigration, as well as a story of hope and love, all while facing adversity and prejudice. The Year of the Runaways is beautiful and brave, a really difficult but outstanding read.

Backlist bump: The Illegal by Lawrence Hill (Yes, it’s new, but just in case you haven’t heard of it yet.)

Subscribe to the New Books! newsletter to get weekly updates about new releases: