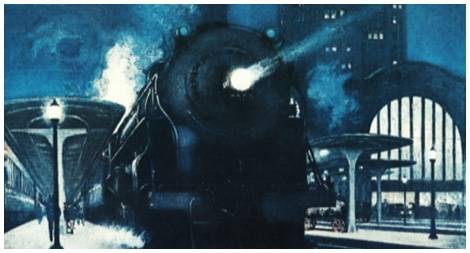 There’s no need for me to rehash the disaster that was JK Rowling’s recent attempt to describe the international wizarding world of Harry Potter. (NK Jemisin also has a great take on what’s so disappointing about it.) Even before “History of Magic In North America”, her assertion that there are only 11 wizarding schools in the entire world had a lot of fans side-eyeing.

Luckily, before and after Pottermore’s weak worldbuilding, Harry Potter fans have been painting much more detailed and respectful portraits of a global wizarding community. They’ve been asking the difficult questions about magic and colonialism:

And they’ve been imagining wizarding schools and communities that are as vibrant as the UK’s all over the world:

http://asheathes.tumblr.com/post/100965613250/wizarding-schools-around-the-world-beijing-out
Category ID: 468
What’s Up in YA? Newsletter
Sign up for What's Up In YA? to receive all things young adult literature.
Thank you for signing up! Keep an eye on your inbox.
By signing up you agree to our terms of use

(Check out the whole series of wizarding schools.)

Fans have been writing about the diversity that the original series sorely lacks, combining magic with religion:

Some fans even recontextualize the wizarding world in the original series by showing how it may appear to the rest of the world:

They also reach backwards, imagining what a world with magic would have looked like during World War II:

My favourite thing about Harry Potter is the incredible fan culture built around it. Where JK Rowling and the official franchise fails, the fans provide. It can be frustrating to have the official narrative fall short, but it’s amazing to watch a story slip the leash and become its own animal. The wizarding world has expanded far beyond the pages of the books. The parks and movies–and Pottermore, of course–may have their own additions, but they’re minuscule compared to the world that the fandom collectively builds, critiques, disassembles, and reinvents.

The story belongs to us now, and it can’t be restrained.

These are just some of my favourite bits of Harry Potter international worldbuilding that I’ve stumbled across on Tumblr. If you’re looking for more, The Postmodern Potter Compendium, The Lives and Lies of Wizards, and Shafiq28 are great resources. Let me know if you have any favourites of your own to share!