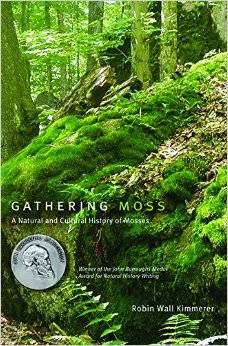 There is a part of the year that is absolutely frantic for me. Work is positively insane. No need to worry, it is an annual thing. I survive it every year, and this one was no different: I made it. It does however have serious consequences on my keeping up with comics. I don’t stop reading all together, but my reading habits change. I read differently. And not even in a way that necessarily saves much time!

I still make a point to go to the comic book store every week –Hey, see, I still have a life! But if I keep buying my account, my single issues just pile up, to the point that they become a very intimidating pile. But I also know there will come a time I am very happy to dig in and will enjoy the challenge they represent. But it requires some time that I don’t have.

That’s when I start reading more classics I have missed out on. A lot of people turn to older runs or trades when they have the time to binge. And some days I really wish I could just close the door, stay in pajamas all day, and read under the blankets without worrying about the outside world. But reading trades here is triggered by almost the opposite motivation. I can keep one in my purse and just read whenever I have a minute. And as my available brain space is limited, I just find it so much easier to keep up with only one narrative. Not having to jump from story to story seems so much easier.

From the cover of Hellboy vol 2 by Mike Mignola

This year I got into the Mignola-verse almost by accident. The Hellboy and BPRD trades happened to be available at the library. I also started reading Preacher.  And that is no small thing for me, after years of peer pressure and –ultimately futile – resistance. My first post for Panels was actually how I had never read it for fear of not getting it. But something subsided said fear: the upcoming TV show. Because we all know there is nothing worse than getting the story from an adaptation. Okay that’s not true, I have seen a few movies that got me to read the source material, but you know it seems better to do it the right way! I am actually not done reading Preacher so I will reserve my comments on taking on that comic for a later date. Amusingly enough, that is also the reason I jumped into the Walking Dead comic… when I ended up never watching a single episode of the TV show. The point is that when I don’t have the time to keep up with my monthly comics, I actually find the strength to take on things I always meant to. I end the procrastination by lack of time, which is pretty ironic.

Now as I mentioned, I don’t just take on anything I have been pushing back for later.  I am a big advocate of just jumping in any comic you feel like trying even if it is not an especially good jumping on point. But in my “I have no time to waste” mindset things shift slightly.  And the comics I end up reading tend to follow certain rules:

(1) No impenetrable mythology (I get out of complicated shared universes),

(2) A clear and defined starting point and end point (even if it is still ongoing, I need an end goal)

(3) More often than not a single voice (single writer or writing team).

One of the pleasures I get from older runs is also to realize that artists I am extremely found of for their work right now, I would have loved even if I had first encountered elsewhere.  For example, as I was reading BPRD: Hell on Earth, I came across one issue (The Pickens County Horror) that made me feel: “Oh my god, who drew this?!?!?” Jason Latour, I have apparently been predestined to just love your work no matter what.

And finally I also re-read books that I feel I need to revisit. This year it was Asterios Polyp by David Mazzucchelli. Again, something that is a single narrative and obviously a clear beginning and end, as it is a graphic novel which makes it easy to stop and resume whenever possible.

What about you? How do your reading habits change depending on circumstances?