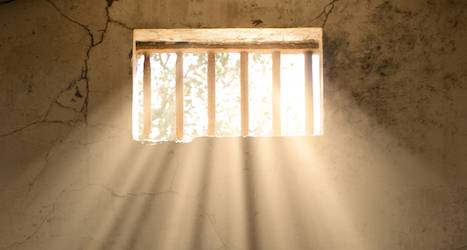 This is a guest post from Kareem Shaheen. I’m a 30 year old journalist from Egypt, living in Beirut, Lebanon, where I write about all things Middle East for the Guardian newspaper. I lived most of my life here, between Dubai, Beirut, and Egypt, and have found respite in books whenever the world seemed darkened.

There are many ridiculous things about the Middle East.

Our borders are incomprehensible lines in the sand that created impossible nation states, the tallest building in the world is in the city of Dubai while the Levant fractures under the weight of proxy wars, Lebanese railway employees are still being paid salaries in 2016 even though there has been no train system since the civil war in 1975, and Beirut has an app that tells you when the 3-hour daily electricity cut in your neighborhood is scheduled on any given day. An Egyptian hijacks a plane with a fake suicide belt because of his failed marriage, and a guy in Turkey is being sued by the president because he compared him to Gollum.

But nothing is as sadly ridiculous as the premise of Al-Qawqa’a, or The Shell.

Long before the revolution-turned-civil war now raging in Syria, people told in hushed tones the stories of what went on in the prisons of the police state run by the Assad dynasty, so coldly efficient in their brutality that the CIA even contracted out the torture of suspected terrorists there. Unspeakable horrors were carried out in the dungeons of our dictatorships – as an old saying went, those who enter are lost, and those who leave are born anew.

The revolutions that swept the Arab world in the first half of this decade were liberating in more ways than one. They unleashed the repressed cultural expression that for so long was stifled under the iron boots of tyranny. Songs, new art forms, graffiti, stories of the struggle were centerpieces of the human drama that unfolded and was then crushed.

Enter the prison memoir – accounts by survivors of their long detentions, bereft not just of freedom but of their human dignity, of which the most well-known is The Shell. I’ve met many Syrian friends in my adopted home of Beirut, where many are living in exile, fleeing the armageddon that engulfed their country. Many have told me stories of torture in captivity. The Shell encapsulates their suffering, and it is rare to find someone in the Syrian exile community that hasn’t read it.

The premise is ridiculous. It tells the real story of a Christian man who was arrested while visiting Damascus and accused of belonging to the Muslim Brotherhood (!). The first scene in prison is a monument to black comedy – under torture, the Christian man points to the absurdity of his being accused of belonging to what was then an extremist Islamist organisation, and when that doesn’t work declares his atheism to his jailors, who then gravely observe that since Syria is a Muslim country, his torture must continue. We have a saying, “inna sharr al baleyati ma yodhek” – the worst tragedies are the ones that make you laugh.

It may seem depressing, but there is solace in laughter. The author Mustafa Khalifa was himself imprisoned for over a decade in Palmyra’s notorious desert dungeon in Syria. Today the city is known for its monumental ruins, some of the most magnificent to survive from antiquity, parts of which were destroyed by ISIS last year. But for many Syrians Tadmur, as it is known in Arabic, is the embodiment of earthly fears. The Shell is the story of an actual Christian prisoner he met there, interwoven with the stories of others in captivity.

We have long sought solace in humor at times of distress. Legend has it Napoleon had to leave Egypt because he couldn’t stand all the jokes we told about him. Satirical poetry by dissident writers like Ahmed Fouad Negm in Egypt are still wildly popular, and the Egyptian cinema industry turned to shallow comedies during the great stagnation of the 2000s. YouTube shows mocking ISIS’s brand of puritanism are rife, as is the comedic output of young artists and revolutionaries across the region.

The revival of the prison memoir (Khalifa’s book was published back in 2008) is another step at tearing down the facade, the shell, the conspiracy of silence that had engulfed us for so long.

It is a revolutionary act – this act of pointing at the naked emperor, and laughing.