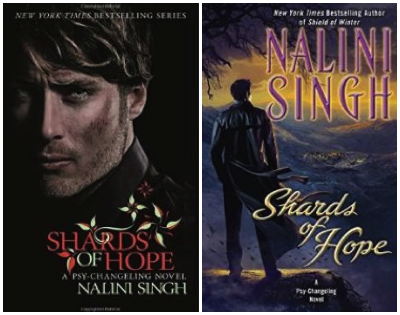 Brian K. Vaughan needs little introduction around these parts. A newly appointed steward of the Hasbro cinematic universe alongside the likes of Michael Chabon and Akiva Goldsman, Vaughan is already a dominant force in comics. When I’m at a wedding and tell people I write about comics, the conversation typically turns to Saga or Y: The Last Man. He’s a known quantity of revered quality.

Next month is bookended by two of Vaughan’s projects from Image Comics. After a brief hiatus Paper Girls #6, art by Cliff Chiang, hits on June 1st. Then on the 29th, pick up Saga’s sixth paperback volume with yet another striking cover by co-creator Fiona Staples.

I had the opportunity to poke Mr. Vaughan’s brain via electronic mail as he departed TCAF this past weekend.

Paul Montgomery: Things seem peaceful of late in the world of Saga. Relatively speaking. But we’ve seen those periods of solace shattered in times past. Can you talk a bit about charting the ebb and flow of happiness and peril in these characters’ lives?

Brian K. Vaughan: At my age, I’m starting to realize that for most families, there are no “good years” or “bad years,” there are only years. Seasons are comprised of a lot of quietude, occasionally punctuated by either joyous miracles and horrific tragedies, sometimes both. Life is predictably unpredictable, and Fiona Staples and I are just trying to capture that ancient truth in a hopefully new way.

Paul: You’ve long been known as a master of cliffhangers. Do you think there are any hard and fast rules as to keeping cliffhangers tantalizing and not “cheap?”

BKV: No, there are zero rules when it comes to writing. In television, we call ending an act where a main character’s life is in danger “schmuck bait,” because only a fool believes that the hero is going to die after the next commercial break… but I think even schmuck bait can be subverted to thwart an audience’s expectations. No cliffhanger involving genuine emotion ever feels cheap.

Paul: On that same note, do you always know the solution to the questions posed by those cliffhangers? Do you intentionally write yourself into corners in the hope of finding compelling ways out of them?

BKV: I always know what the payoff of any cliffhanger will be. It can be exciting to write yourself into a corner, but I’d always rather be one step ahead of readers than tied with them.

Paul: Let’s talk Paper Girls. That story feels both timeless and timely. Would you feel as comfortable writing these characters in the modern day? Does the shared experience of the era help maintain common ground?

BKV: As a matter of fact, that’s exactly what Cliff Chiang and I will be doing when the book returns monthly in June, as our Paper Girls from 1988 will be catapulted into the far-flung future of 2016. Cliff and I are very interested in exploring how our younger selves would be amazed/confused/delighted/terrified by both the 21st Century and by the adult versions of us.

Paul: Who do you write for? Does that change from project to project?

BKV: I only ever write for my collaborators and myself. Trying to write “for” any kind of imagined audience is a sucker’s game.

Paul: Who were the influences that had you looking at the craft of the comics page? Who inspires you today? Who makes you want to strive even harder in 2016?

BKV: These days, I’m primarily influenced by my two young children, who inspire and challenge me as a human and as a writer every day. Sorry, I know that’s a trite answer, but they’re truly great artists and people.

And I just got back from TCAF in Toronto, which is one of the best comic shows I’ve ever attended. The quality and diversity of work being done by the next generation of comic geniuses is staggering. There’s a cartoonist named Tillie Walden who’s the age I was when I first started writing comics for Marvel twenty years ago, and she’s ten times the creator I am today. So inspiring.