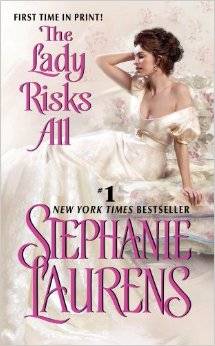 Superhero fans are no strangers to ‘What Ifs’. DC’s Imaginary Stories and Elseworlds, and Marvel’s What If comics have been showing readers alternate pasts, presents, and futures since the early days of the industry. While characters might turn evil, be raised by apes, or become president in those books, it’s where comic books meet Hollywood that you find the really weird ‘What Ifs’.

The superhero movies that make it to the cinema are often the end result of years – or sometimes even decades – of failed attempts to get the character to the big screen. These projects get stuck in the Hollywood pipeline for all kinds of reasons – script issues, financial difficulties, creative differences. Sometimes they aren’t so different to what we eventually get to see; sometimes, however, they’re very different indeed.

These are some of the weirdest ‘What Ifs’ in comic book movie history. Some of them are notorious, some of them barely known, and all of them would have changed the world of comics as we know it…whether for better or for worse.

Next year’s movie will mark the end of years of development hell for Wonder Woman. Some of the most interesting, though, were those when Joss Whedon was attached to the project. Warner Bros. announced in 2005 that Whedon was signed to write and direct a Wonder Woman movie, but after two years of arguing with the studio over the script, he walked.

Whedon would, of course, go on to play a leading role in the formation of the Marvel Cinematic Universe instead, as well as directing both The Avengers and its sequel. The movie’s draft script has been widely leaked and was even subject to a live reading last year, so check it out if you want a peek at what could have been.

What if…we got Batman v Superman a decade early?

The years between Batman & Robin and Batman Begins produced some of the weirdest what-ifs in comic book history. Somewhere out there, there’s a parallel universe in which we got a live-action Batman Beyond adaption, or an ultra-violent Darren Aronofsky movie in which Bruce Wayne ended up homeless after his parents’ deaths and lived above a garage with ‘Little Al’. Both these projects were scrapped, however – alongside a Superman movie which would have seen Robert Downey Jr. playing Lex Luther – in favour of Batman vs Superman.

Category ID: 1074
Category ID: 1005
The Stack Newsletter
Sign up to The Stack to receive Book Riot Comic's best posts, picked for you.
Thank you for signing up! Keep an eye on your inbox.
By signing up you agree to our Terms of Service

A leaked script from 2002 is remarkably similar to the movie we’d eventually see almost fifteen years later, with Lex Luther manipulating the two heroes into fighting each other until they team up to take him down. The movie was due to be released in 2004 but was ultimately cancelled in favour of pursuing individual Batman and Superman projects, which would eventually arrive in cinemas as Batman Begins and Superman Returns. However, the studio liked the concept enough for it to earn a nod in I Am Legend, in which a billboard in Times Square shows an advert for the film.

While some of the projects on this list got years into production before being cancelled, this one never made it further than a pitch. In 2007, following Gaiman’s work on Marvel 1602, Neil Gaiman and Guillermo del Toro apparently talked to Marvel about helming a Doctor Strange film. However, with the studio gearing up for the release of Iron Man the next year, they weren’t interested. It remains to be seen whether this year’s Doctor Strange will be able to overcome the row over its casting, but we can be certain that however the movie turns out, it’ll be very different to Gaiman and del Toro’s vision.

Of course, Neil Gaiman is no stranger to development hell – Den of Geek even recently devoted a full article to rounding up the status of the various film and TV adaptions of his work that are currently in the pipeline. Most interesting for comics fans are the three decades Warner Bros. have spent trying – and failing – to get a Sandman adaption off the ground. As Gaiman described one of the scripts he received in the nineties as “quite easily the worst script I’ve ever read”, this might be one ‘What If’ Sandman fans don’t want to dream about…

Superman Lives is perhaps the most infamous comic book adaption never to make it to the big screen, even inspiring a crowdfunded documentary on its troubled production. Following the success of The Death of Superman in 1992, Warner Bros. purchased the film rights for Superman, and subsequently turned to producer Jon Peters to lead the creation of a new movie. By 1996, the project had gone through two scripts, and Peters turned to Clerks director Kevin Smith for a third rewrite.

Smith’s draft had Brainiac and Lex Luthor teaming up to block out the sun and send Doomsday to kill Superman – so far, so normal. What made Superman Lives legendary is, firstly, Jon Peters’ meddling; Smith has spoken at length about the producer’s bizarre demands, including insisting that Superman would wear an all-black costume and never fly, that the climactic fight be against a giant spider, and giving Brainiac “a gay R2-D2 with attitude” as an assistant.

Then you have the team assembled to bring the film to the big screen – Tim Burton signed on to direct, and Nicolas Cage was offered the leading role – and just how close the thing came to actually being made. Despite Burton and the studio squabbling over the script, pre-production began in June 1997 with a view to a theatrical release the next summer. Cage had attended costume fittings, part of the Krypton set had been built, and filming was due to start in three weeks by the time financial issues at Warner Bros. led to the film being officially put on hold in April 1998.

Burton left in order to direct Sleepy Hollow, and while the project was never officially cancelled – Warner Bros. continued overseeing work on the script and made offers to a number of other directors (including, scarily, Michael Bay and Brett Ratner) – in 2002, J.J. Abrams was hired to write a new screenplay under the title Superman: Flyby, and Superman Lives lived no more.

Which of these movies do you wish had actually been made?