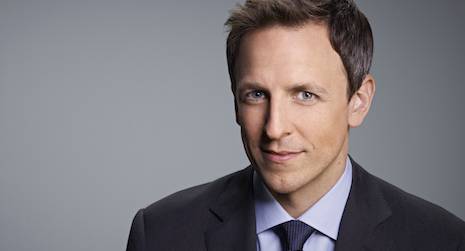 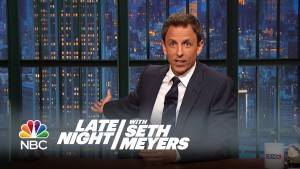 Because he regularly invites authors on his show.

And not only that, he takes his author guests seriously. His questions are insightful, well researched, and on topic. He is clearly a fan of the writer who sits across from him. And he never uses notes.

This season in particular, Late Night with Seth Meyers has had a strong line up of author guests. I have selected ten memorable moments to share with you. 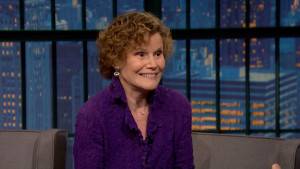 Let’s start with one of the greats–Judy Blume. Watch this clip where Blume talks about toddlers swallowing turtles and parents who just need to chill.

In this clip, Pulitzer Prize winner Junot Diaz reveals his mother’s attitude towards his success, what movie he forces all his students to watch, and why he is the slowest writer in the world. 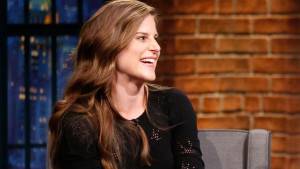 And speaking of writing, Lauren Groff came on the show to talk about her acclaimed novel Fates and Furies. During the interview, she revealed what could possibly be the most masochistic writing process I have ever come across.

Ta-Nehisi Coates also discussed writing when he came on the show. Watch this clip where the recipient of the 2015 MacArthur Genius Grant tells the story of what he went through when he wrote Between the World and Me.

Here’s another story about what it’s like to write a book. This story is told by Sunil Yapa and involves a Chilean oven.

When Helen Oyeyemi visited Seth Meyers recently she revealed which part of the story is the most difficult for her to write. Spoiler alert: It is not the ending. 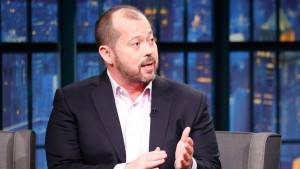 Earlier this year, Alexander Chee published his second novel, The Queen of the Night. Watch this clip where Chee explains why the French aren’t interested in publishing his novel.

Meanwhile, in Thailand, Tony Tulathimutte’s parents finally have something to celebrate. Watch him tell the story to Seth Meyers in this clip.

And finally, my absolute favorite author moment from Late Night with Seth Meyers. All I’m going to say is this: Robert Kirkman. Battle Pope.

Almost one year ago, I did a round-up of authors who had been guests on Late Night with Seth Meyers up to that point in time. You can check out that round-up here.