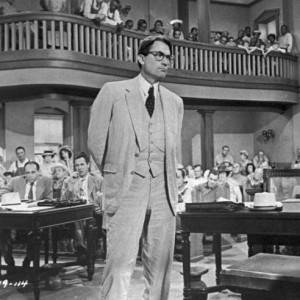 Island magazine is finally monthly again, and in addition to the final part of Simon Roy’s space cannibal story “Habitat,” we’ll have the first Image Comics work by indie darling Michael DeForge (Ant Colony), as well as art by Night Air‘s Ben Sears and up-and-coming Spanish artist Xulia Vicente. If you haven’t been reading the best thing happening in comics for the past year, you should jump in!

It’s pretty much a match made in heaven. Maybe my two absolute favorite all-ages comics of the last couple years, smashed together! I’m not one for corporate synergy, but Boom! picked the perfect time to do their first-ever cross-publisher crossover. Written by Chynna Clugston-Flores of ’00s cult hit Blue Monday fame and drawn by Boom! regular Rosemary Valero-O’Connell, seeing the chemistry between the Gotham Academy kids and the Lumberjanes is sure to be tons of (queer?!?) fun.

Common sense would tell you a crossover like this is meant to use the bigger publisher’s franchise to promote the smaller publisher’s franchise, but with the runaway success of Lumberjanes and DC’s awful job promoting their hidden gem Gotham Academy, this might actually be more of a boon to DC than it is to Boom!

Okay, I just gotta put the official solicitation text here. I love it:

13th century England. Robert Godwinson, former lover of King Richard, lives with his band of Merry Men in Sherwood Forest, away from the watchful eye of Prince John, who has outlawed homosexuality. Though isolated, the men live in peace–that is, until a stranger approaches their camp asking for aid to a nearby town under siege by the Sheriff of Nottingham. Robert–nicknamed Robin–is reluctant to help, but equally eager to get rid of this perplexing stranger… and to put his formidable bow-and-arrow to use. It’s Robin Hood like you’ve never seen him before, based on scholarly speculation about what’s really behind the outlaw’s legend.

Licensed comics: they’re usually awful. Godzilla: not a franchise I usually care about. That was… until I encountered James Stokoe’s Godzilla work. Stokoe is otherwise best known for his madcap creator-owned books Wonton Soup and Orc Stain, but his graffiti-influenced color-gradient-infused style is a perfect match for the iconic kaiju. His comics are up there with the absolute best live-action Godzilla movies, and this treasury edition collects the first issue of his series Godzilla: The Half-Century War, as well as his issue of Godzilla in Hell and a buncha pin-ups and covers he’s done.

Fun fact: in a Comics & Cola interview, Stokoe reveals the first comics he ever drew as a kid were about the Nerds candy mascots!?! Looking back on his hyper-colorful style now, it makes perfect sense.

Originally serialized as a two-part story in Island magazine and collected in a handsome lil’ paperback volume, I.D. is the near-future story of three people from different walks of life… getting brain transplants. Emma Ríos (Pretty Deadly, Mirror) weaves a cerebral yarn entirely in white and shades of red, her first major single-creator work, and it’s as close to hard sci-fi as we’ll likely ever see her do–the end of the book features an essay by Miguel Alberte Woodward, a neurologist Ríos consulted to make the science in the book as accurate as possible.

Once you get past all the STEM trappings, I.D. is ultimately a human story about people’s desires to have an entirely new body, and the depth of personal motivations behind it. The story touches on trans identity in a surprisingly nuanced way, and features Ríos’ signature dreamlike layouts, with inset panels, close-ups of limbs, and un-romanticized depictions of sex and the naked human body. It’s a quick read at just 80 pages, but if you’re into Emma Ríos or concepts of body dysphoria, check out I.D.