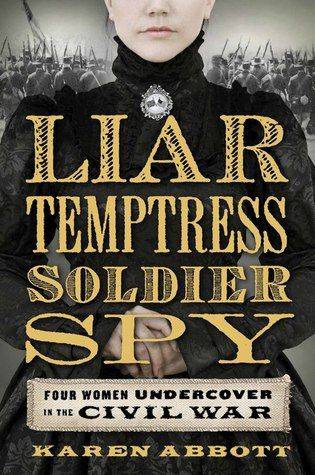 Anime News Network is reporting that the Japanese shoujo magazine Nakayoshi will run a sequel to CLAMP’s Cardcaptor Sakura beginning this June – and, though I’m more than twice the age of the intended audience, I couldn’t be happier.

The best children’s books reveal new depths of feeling when revisited by their now-grown fans, and Cardcaptor Sakura is no exception. The premise checks all the boxes of the “magical girl” archetype: an elementary-school girl named Sakura Kinomoto opens an old book in her father’s study and accidentally releases a deck of magical cards that wreaks havoc in her hometown. The book’s guardian, Kero (filling the role of cute animal sidekick), tasks Sakura with recapturing the Clow Cards, which she does in fanciful costumes designed by her adoring friend Tomoyo. But all of this adorable wish-fulfillment is just the setting for a thoughtful and tender story about love: platonic or romantic, gay or straight, arranged or accidental or unrequited. Sakura’s heroic trait is her compassion for those around her, even characters that a lesser story would villainize.

In the second volume, Sakura meets Tomoyo’s mother, Sonomi, during a parent event at school. Sonomi resents Sakura’s father for marrying her cousin, Nadeshiko, who died at a young age. Though suspicion towards an older man marrying a barely-legal woman is certainly warranted, Sonomi’s continuing anger, when the narrative has already established that the Kinomoto’s marriage was quite happy, comes across as petty. (If she cared about her cousin, wouldn’t she have tried to understand what she wanted?) Resentment boils over when Sonomi faces Sakura’s father in a foot race, and she won’t let a little thing like a Clow Card attack stop her from winning.

Yeah, you read that correctly.

The culprit turns out to be a cheerful little sprite named – well, Flower, who lost control of their powers in the excitement of the festival. After Sakura captures the card, she wonders what use Flower could possibly have in battle. Then she overhears Sonomi (who narrowly and hilariously lost the race) arguing with her father. Sakura doesn’t entirely understand what they’re arguing about, but she instinctively knows what will help them understand each other: using Flower’s magic to send them nadeshiko flowers on the wind.

Such compassion carries tremendous weight because no true evil ever appears in Cardcaptor Sakura. The magic within the cards isn’t malicious, merely undisciplined. They are as good as their wielder, and, under Sakura’s gentle tutelage, their goodness can flourish.

Once Sakura has tamed the loose magic, she must prove herself to Yue, the other guardian of the Cards, whose fierce loyalty to the Cards’ creator makes him reluctant to accept a new master. Sakura breaks through his defenses by assuring him that she doesn’t want to be his master – she wants to be his friend.

Like our Western fairy tales, many shoujo manga protagonists have a royal and/or magical heritage that justifies their place at the front of the story. Sailor Moon isn’t about Usagi struggling to rise through the ranks of the Sailor Guardians; leadership is hers by birthright. But even though Sakura’s father carries Clow’s magic, that’s not the primary reason the Cards reveal themselves to her. Her older brother Toya has the same blood and an even deeper sensitivity to magic, but he teases and complains and shrugs his way through complicated feelings; it’s difficult to imagine Toya winning the respect of the fickle Yue. It is Sakura’s capacity for honest love that makes her the Master of the Clow – because strength is useless, or worse, dangerous, without compassion to guide it.

This may seem like a simple lesson, but it’s an essential one. I’m thrilled that a new generation can share it with me.