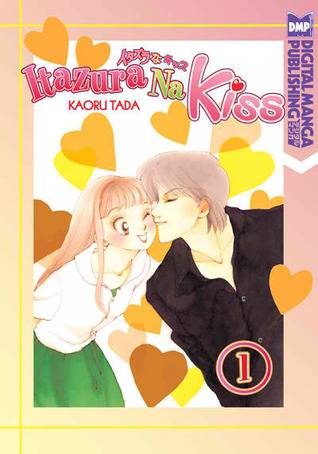 Welcome to my nightmare. No, not Mr. Oogie Boogie. I think Jean-Paul Sartre had something to say on this subject.

What am I doing at this con? There are too many people here. Help!

But I remember why I came: to talk to creators about creating, and these creators are here because they want to talk about what they’ve created. Slam dunk.

According to Phoenix Comicon’s emails, over 106,000 humans are attending the 2016 Con. This is daunting, but I don’t need to interact with all 106,000 people. I don’t even need to interact with anyone famous enough to dismiss my interest in their work, which doesn’t stop me from squeeing all over Phil Foglio and Larry Welz, who are both super-nice and don’t act like I need to be dismissed.

My hero, the Sharknado. Enough said.

I talk with cosplayers wrapped in their labors of love.

Category ID: 1074
Category ID: 15281
The Stack Newsletter
Sign up to The Stack to receive Book Riot Comic's best posts, picked for you.
Thank you for signing up! Keep an eye on your inbox.
By signing up you agree to our Terms of Service

“You’re my hero,” I tell a woman dressed at the Sharknado.

“Too soon,” I tell a man wearing a wooden door with the message, “Hold the door.”

“Ha ha,” he says. Seriously, it was less than two weeks ago!

“You work fast!” I tell an artist offering a lovely and heartbreaking print of her watercolor Hodor pressed up against said door.

“Yeah, that was, like, my catharsis,” she explains. “It helped. But I’m still not over it.”

I talk to the guys at Tiki Machine about how much everyone loves Travis Hanson, and then, in the next aisle, I talk with Travis Hanson’s six-year-old daughter, probably the best salesperson at this convention, about Travis Hanson. Trav is swamped with customers, but his daughter sells me his (nearly) silent comic, A Daisy for a Kiss, a short visual narrative about a boy on a quest.

Oh my god! Phil Foglio is really nice! I mean, like, REALLY nice. I mean, like, I’m going to go hyperventilate in the corner for a minute.

There are folks I met at Tucson Comicon last November. I talk to Amanda Meadow of The Devastator about the violence inherent in the gender binary, and she sells me Scary Stories to Tell Your Ungrateful Family in the Dark and Slash Fiction Through the Ages, both accurately titled.

Verdict: Snarky, irreverent, hilarious, so wrong I don’t want to be right.

I talk to Damon Begay about Tucson Comicon, and he sells me his double-sided comic, Ya’ll Blessed/Future, which I had run out of money to buy the last time I met him.

OK, I’m starting to hit my stride. I get a long pitch for Frank Beddor’s Wonderland and a free zero issue of the Hatter Madigan spinoff comic. As a longtime lover of Alice in Wonderland and a big booster for reimagined fairy tales, I can see a lot of possibilities in this world, but ultimately, it doesn’t seem like one I’m ready to lose myself in.

Verdict: A little young and exposition-y for me.

Moving on, I learn about Dr. Oblivion from Jeff Pina. It’s a super tongue-in-cheek series of graphic novels about an incompetent supervillain and his daughter, who falls for his nemesis. Volume one is Dr. Oblivion’s Guide to Teenage Dating, and it delivers everything it promises.

Next, I meet Matt Yuan of Serving Supes. He tells me about Hero Hunters, LLC, his ragtag team of process servers, who are at a distinct disadvantage in their work, given that they are regular humans attempting to serve court papers to superheroes and supervillains who don’t want to be served.

Verdict: Silly-funny. Perfect if you want to see ridiculous people get ridiculously beat up.

Orlando Harding’s enthusiasm for his R.R.H. is obvious and infections. His protagonist, Sydney doesn’t realize that Little Red Riding Hood and the Big Bad Wolf were real, or that her parents have trained her to hunt, track, and shoot because she’s Red’s direct descendent, or that as soon as she reaches adulthood, the Wolf’s descendants are going to come for her. But they were, they did, and they are.

Verdict: A lot of promise. Starts a little slow but offers sufficient excitement that I’m up for issue two.

In the same aisle, I meet Gerimi Burleigh, creator of Morningstar. I don’t typically go for cowboy stories, but he’s reimagined the fall of Lucifer as a gunslinger tale, with heaven depicted as the wild west, full of angels on horseback and daemons intent on eating baby angels.

Finishing off my sweep of Artist’s Alley, I pass Russ Kazmierczak, standing on a chair, offering free superhero sketches.

“I’ll take a free superhero sketch,” I say, because I have been forcing myself to talk to human beings all afternoon.

And then, suddenly we are having an actual conversation, a detailed conversation about things that interest me on a deep level: Alan Moore, magic, fairy tales, symbolism, diversity, the history of comics, the power of recognizable tropes, Will Eisner, religion, racism, regionalism, reimagining old stories.

“You know what?” he says at last. “I’m just going to give you an issue of my comic. I think we’re totally on the same page.” Amazing Arizona Comics #19 features superhero Speed Cameron (part man, part speed camera) and Santa Claus (sans powers or beard) fighting the KKK at the Mexican border.

Verdict: Kazmierczak was right. We’re totally on the same page. I should have paid him for this book. It’s brilliant.

And, then my trek comes to an end. I have been walking the convention floor for five hours straight with no breaks. I have two bags full of books and my husband/PA has long since bailed on this hike, leaving me to carry my own camera equipment as well. It’s definitely time for dinner. But I did it. I talked to creators about creating.