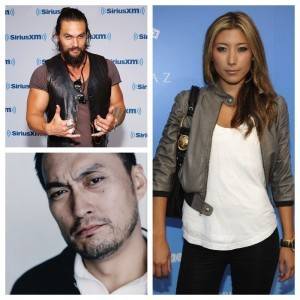 Detective Comics #936 by James Tynion IV and Eddy Barrows (DC)
I have an abiding love for the ladies of the Bat-verse, and an abiding skepticism about DC’s ability to treat them well. But my fellow Panelteers tell me that the recent issues of Detective Comics have done a great job of spotlighting some criminally underused characters (*cough* Spoiler *cough*). Now Batwoman’s stepping up to lead the family, and I might just come back to the fold.

New Super-Man #1 by Gene Luen Yang and Viktor Bogdanovic (DC)
Full disclosure: Gene Luen Yang also contributes to Panels, though I still know him primarily as the creator of American Born Chinese. After the recent “Last Days of Superman” storyline, the world needs a new hero, and it gets it in the unlikely form of Kong Kenan, an arrogant bully from China. Yang is a master at the complexities of identity and acceptance, and I can’t wait to watch our new Superman evolve under his direction.

Wandering Island by Kenji Tsuruta (Dark Horse)
I saw this graphic novel described as a “retro flying adventure in the spirit of Hayao Miyazaki” and immediately said, “Sold.” I mean, come on – the protagonist runs an air delivery service! My inner ten-year-old is immensely jealous! Tsuruta has a knack for creating lived-in magical-realist universes, and this edition has eight glorious pages in full watercolors.

Back to the Future #10 by Bob Gale and Marcelo Ferreira (IDW)
You can’t share space with my husband without being sucked into the vortex of his Back to the Future fandom. Last year was particularly good to him, thanks to all the merch released to celebrate us time-travelers reaching 2015. I had no idea this comic existed, but, like Marty McFly, I’m dangerously curious. And if it’s good, I know what I’m getting my husband for Christmas.

Monstress Trade Paperback #1 by Marjorie Liu and Sana Takeda (Image)
I try not to judge a comic by its cover, but oh, this is the type of book I would buy just to look pretty on my shelf. And what’s inside is even more appealing: Female protagonist and creative team? Alternate history set in early 1900s Asia? A thoughtful exploration of feminine strength in the face of dehumanization? Consider my buttons pushed.

What’s on your pull list? Let us know in the comments!