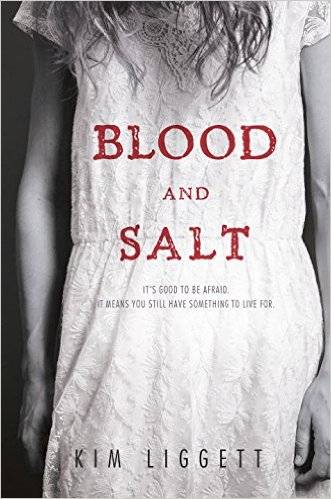 Unless you’ve been on a social media and newsfeed blackout, you’ve probably heard about a little cell phone game called Pokémon Go. Except it’s not so little. It’s the most popular app in both the iOS and Android stores and has surpassed Twitter with the number of active users. In the week since its release, it’s become the biggest mobile game in U.S. history.

But in case you don’t know what Pokémon Go is, here’s a quick rundown. Pokémon is a multimedia franchise that began its life as a videogame. Not a big gamer myself, though, I remember Pokémon as the series that pushed anime and manga into the mainstream consciousness. The series revolves around little monsters (or pocket monsters…get it?) that trainers catch and train to use in battles against each other. Pokémon Go takes that conceit and moves into the real world. By using your phone’s GPS, the game transforms you into a real life Pokémon trainer—meaning you have to wander around outside, hunting down Pokemon, finding Pokéstops which dole out useful game items, and training and battling at gyms.

Since Pokémon Go is a new release, there are a few bugs. Namely lag times, server crashes, and occasional freezing that result in your losing that ultra-rare Pokémon you spent a few Pokéballs on. No, I’m not speaking from experience, why do you ask? So for those times when you’re having trouble loading the game, here are a few manga titles that Pokémon Go fans should check out.

Pokémon Adventures by Hidenori Kusaka and Mato/Satoshi Yamamoto
I know this seems obvious but remember, Pokémon is a multimedia franchise. Pokémon Go fans should check out the manga, especially if this game is their first exposure. There are many different Pokémon manga but Pokémon Adventures is more or less the core series, with franchise creator Satoshi Tajiri saying that it most closely resembled his vision. Like JoJo’s Bizarre Adventure, Pokémon Adventures is divided into different parts that form out specific storylines.


If you’re looking for something similar to Pokémon but isn’t about Pokémon, Yo-kai Watch is a safe bet. In Yo-kai Watch, a young boy receives a special device, the titular Yokai Watch, which lets him see yo-kai. Based on the yokai of Japanese folklore, yo-kai often cause trouble and so begins a boy’s quest to befriend amiable yo-kai who he then teams up with to defeat more malicious yo-kai. Sounds familiar, right?

Yu-Gi-Oh! by Kazuki Takahashi
If you like the battle aspects of Pokémon Go, Yu-Gi­-Oh! might be more your speed. Originally serialized in Weekly Shonen Jump, Yu-Gi-Oh! follows Yugi Mutoh, a bullied and timid boy who becomes possessed with the spirit of an Egyptian pharaoh. What does that have to do with battling, you ask? Well, see, Yugi is very good at playing games. Doesn’t matter what type; he excels. The spirit that possesses him, however? Likes to make wagers. What happens when you pair the two? That’s what Yu-Gi-Oh! is about. Panelteer Megan wrote a quick guide about this series, which—like Pokémon—has spawned an enormous multimedia franchise.

Cardcaptor Sakura by CLAMP
If you like the collecting aspects of Pokémon Go, this shoujo title by superstar manga team CLAMP might be up your alley. When young Sakura Kinomoto accidentally releases a set of magical cards into the world, she’s charged with retrieving them. What happens if she fails? Calamity will befall the world. Hey, it’s CLAMP. Calamity always befalls the world. Transforming into a magical girl, Sakura tracks down the cards, battles their personified forms, and if she defeats them, reseals them in card form.

Toriko by Mitsutoshi Shimabukuro
If the hunting aspects of Pokémon Go appeal to you, Toriko might be more your flavor. Toriko follows the titular character, a Gourmet Hunter who hunts down rare and exotic ingredients to use in elaborate meals. And, of course, these rare and exotic ingredients tend to be elusive and fierce animals, so it’s not an easy task. Imagine Iron Chef as a battle manga. That’s Toriko.

I hope something from this list caught your eye, Pokémon Go fans! Have any more recommendations to add? Or have you already read one of the titles? Leave a comment with your thoughts.