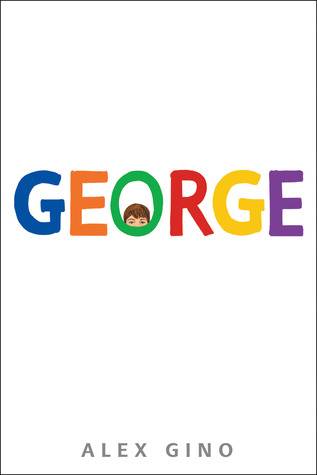 As a big fan of Netflix’s Marvel’s Netflix’s Daredevil (by Netflix), I’ve watched and read a lot of interviews with the cast. There are a few themes that keep recurring, but something Jon Bernthal said while talking about what it meant to him to play the Punisher stopped me in my tracks the first time I read it:

“It’s an important character, it’s one I’m honored to play. This is a guy who means a lot to a lot of people and his character has resonated with law enforcement and military.” – Entertainment Weekly

This is not me calling out Bernthal, who turned in a tremendous performance as Frank Castle despite somewhat uneven writing, and who by all accounts seems to be a lovely person who has approached the source material with diligence and respect and who campaigns for animal rights in his free time.

But that quote scares the crap out of me.

The Punisher is a polarizing character, and we can argue in circles for hours about whether he’s best classified as a hero, antihero, or villain, and whether classifying him as an antihero to some degree excuses the nihilism of his stories, and so on ad infinitum.

But at the end of the day, what it boils down to is this: the Punisher is a character who has decided that because of his own trauma and personal code of ethics, he has the right to be sole arbiter of who lives and who dies, and he carries out his vision primarily but not exclusively via guns. Regardless of how thoroughly you problematize Frank’s existence and no matter how tormented of an unreliable narrator you make him, there is no getting away from the central argument of any Punisher story: there is a problem, and Frank solves it by shooting it. Or, to put it another way, there is always a worse guy out there, and only Frank can stop him.

This is not okay.

We have a problem with guns in this country. Regardless of where you stand on gun control, the fact of the matter is that on average, nearly 100 Americans are killed by guns every day. An average of seven of those are under 18. Our gun murder rate is 25 times higher than other developed countries. As of this writing, there have been over 7,000 deaths caused by guns in this year alone, and 181 mass shootings. We’re not even halfway through July.

The Punisher, as a character, plays into one of America’s most beloved myths: “the good guy with the gun,” the lone cowboy who, in the midst of senseless violence, can sum up the situation and protect innocent lives with a cool head and sniper-like precision. Danger is all around us, but with someone like Frank Castle on the job, only the guilty will suffer – and gosh, won’t Frank look cool in the process.

But real life isn’t like Die Hard, and glorifying this kind of violence only begets more violence.

The Punisher is rarely at his very best.

More often than not, even the stories that try to complicate his existence fall apart at the end – look no further than the aforementioned Season 2 of Daredevil, which tries to compare Matt, Frank, and Elektra’s respective morality and collapses under a mess of double standards, last-minute ethical reversals for no reason, and outright racism. (Yes, Matthew, killing Asian people counts as killing, what the actual hell.) Under the veneer of a badass trench coat and a grimace, the Punisher is an essentially hollow character, especially when he lives in a world of superheroes who never need to cross that line, and is read in a world where too many people fall victim to the kind of senseless violence that is the Punisher’s stock in trade.

Even when he’s played as a joke, Punisher stories still cheerfully mine the questionable “humor” of people being slaughtered by the truckload – see the recent Deadpool: Too Soon? for a crack about the Punisher killing an entire movie theater full of civilians. Sure, the “real” Punisher would never do that, but honestly, that’s beside the point. The fact that a joke like that can be made just highlights that in a country where we have very close to one mass shooting every day, to continue publishing stories featuring this character is at the very least in bad taste.

But I think it’s more than bad taste. To return to Bernthal’s quote up at the top, the Punisher is a character who is beloved by military and law enforcement, which is a chilling thought. This is a character who has canonically performed thousands of extrajudicial murders. He decides that someone needs to die, and they do. The idea that he’s lionized by young men who are given a gun and a uniform and entrusted with our safety in high-stress, trauma-inducing situations, should frankly be reason enough for Marvel to have Frank hang up his little white gloves.

“But Frank Castle isn’t a role model!” you say. “He’s not a character meant for children! Adults know the difference between reality and fiction!”

True. But you and I both know there are plenty of people who look up to the Punisher, kids and adults both. And that you can wander down the toy aisle at Walmart right now and buy your ten-year-old a tiny plastic Frank holding an uzi. And that art – even stupid art where Frank feeds poachers to dinosaurs or runs people over in a taxi that is also somehow a tank – affects us, consciously and subconsciously. The gleeful slaughter in Punisher comics desensitizes us. How can you read about a thousand violent deaths that come that cheap and not be affected? How can you read stories that valorize the lone stalwart, doing what must be done against a tidal wave of inhuman monsters, and not internalize it at all?

How can you publish book after book where people are senselessly mowed down in a hail of bullets and put them before an audience that wakes up morning after morning to more deaths?

Look, I don’t hate Frank Castle. I think he’s fascinating, actually, especially when contrasted against other heroes and villains, or as a historical artifact of the post-Vietnam Era and the grittification of comics. But he’s also appeared in nearly 2000 issues. It’s not like we’ll be deprived of skull-shirt action if Marvel gave him a rest for the next five to ten years. Or forever.

So here’s what I’m suggesting, Marvel: No more Punisher comics for a while. No Netflix show (sorry, Jon); no movies; definitely no toys. Put the character on hiatus while we try to bring this nation back to some semblance of sanity; until we never have to respond to someone mentioning a recent shooting with “Which one?”

Then, maybe, we can bring Frank back. In the meantime, I say the fewer bullets flying the better – even the fictional ones.