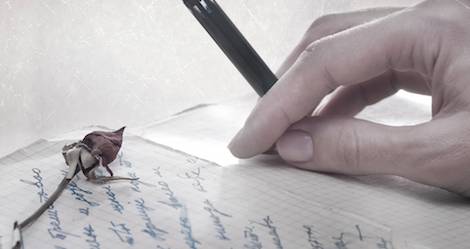 There is something pleasantly, innocently voyeuristic about reading an epistolary novel. They give you the feeling of stumbling on a box of letters left in an attic, but there are no consequences or hurt feelings if you read them. Actually, the author prefers that you read them. Epistolary novels, books told through diaries or letters, have a way of making you feel even closer to story’s characters than the average first-person point-of-view story. You’re not in the character’s head, but you’re reading words that they are writing for the eyes of only one or two other people. You’re seeing a version of the story that has been edited by the fictional people living it.

Epistolary novels have been around almost as long as the novel itself, with the first recorded, Love-Letters between a Nobleman and His Sister, appearing only 80 years after Don Quixote. The popularity of the form dropped off after the turn of the 19th century or so, but in the last few years, the number of epistolary novels has seemed to explode, with stories told through email, texts, and IMs. Epistolary novels have been used to expose real injustices (Letters from a Peruvian Woman, The Houseboy), to solve pretend mysteries (The Documents in the Case, The Woman in White), and to explore developing romances (Possession, Attachments, Everything Everything). They are ideal vehicles for telling coming-of-age stories, because the protagonists are allowed to work out their growing up years without outside input, and that gives us marvelous diaries like I Capture the Castle and Harriet the Spy. (I identified so strongly with the main character in I Capture the Castle that the notes I made on my copy embarrass me to this day. No, you may not borrow it. I’m sure your library has a copy.) For much the same reason, epistolary novels are great for watching the slow, hilarious crazy-making of uppermiddle class folks (Where’d You Go Bernadette, Dear Committee Members). (I also strongly identified with Bernadette. That has its own problems.)

Some of the most fun epistolary novels to read are the ones that really play with the form, like Ella Minnow Pea (the residents of a small island are only allowed to write letters using characters from a slowly shrinking alphabet), or Griffin and Sabine, a gorgeously (and creepily) illustrated story told in letters and postcards between the two main characters.

In my list of 100 epistolary novels, I’ve included a few books that don’t tell the whole story through diaries or letters, but which use diaries or letters as major plot points. Two, Bats of the Republic and The Jolly Postman, are two very different but beautifully built books that hinge on you pulling physical letters out of actual envelopes that are built into the books themselves.

So, instead of trawling through attics or other people’s files and chat stories, please enjoy list of 100 can’t miss epistolary novels, from the 17th century to today, and a few set in the near future (The Martian).