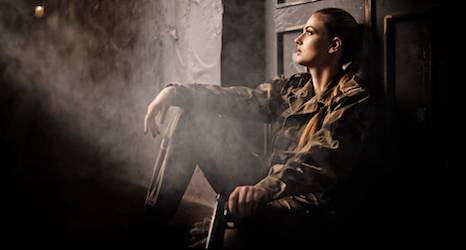 Romantic suspense traces its roots at least back to the Gothic romances of Mary Stewart, who wrote smart and resourceful heroines who nevertheless often found themselves in dangerous situations with inscrutable, but impossibly attractive, men. Intertwining threads of vulnerability, fear, excitement, desire, and danger still characterize romantic suspense today.

Romantic suspense has shed much of its Gothic roots, especially the strong sense of place typified by castles, locked doors, and the fantastical forces they harbor. Influenced by the rise of the thriller genre, its protagonists aren’t typically ordinary people beset by extraordinary (and maybe supernatural) circumstances, but rather cops, PIs, military, first responders, and others who are trained to deal with danger. Plots tend to revolve around drug cartels, mobsters, motorcycle clubs, spies, and terrorists, as much as on garden variety kidnappings and murders. The threats are bigger in scale and the violence is more frequent and bloody.

Plots in which the highly skilled man protects a vulnerable “regular” woman are popular. It’s also very easy to find female protagonists who are themselves special agents, detectives, Navy SEALS or spies, but they tend to be paired with male protagonists who have equal skills. Often they are working at cross-purposes, or they disagree about how to resolve the situation, or their super hot attraction is stupendously ill-timed, but their talents are complementary. In both types of romantic suspense, the female protagonist is often no victim, but an integral part of bringing about justice, whether by violent or other means.

What’s still hard to find are those romantic suspense novels in which a “regular” guy gets swept up into, and needs protection from, the dangerous, lethal world of the highly skilled female protagonist. Why? My guess is that it’s tricky write a desirable romance hero who can’t take care of himself physically, given the typical physical type of male protagonists in romance (tall, agile, muscular, strong). I also think flipping the dynamic of male protector would create problems for building suspense. A threatened protagonist’s feelings of fear, helplessness, and desperation are part of what communicates the thrill of the danger to readers, and those emotional states aren’t considered very alpha.

But of course, in a genre as rich and diverse as romance, you can never say never. There are always writers who are doing interesting, unexpected things, and here are a few I’ve found (with some thanks to friends on Twitter) that feature badass women bodyguards protecting dudes in distress. 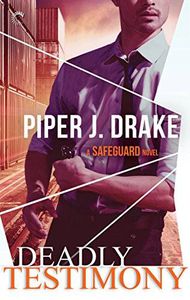 Kyle Yeun is about to testify against a corrupt employer when Lizzie Scott, who happens to be walking by, saves him from an assassination attempt. He hires her on the spot! 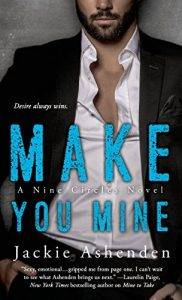 Jackie Ashenden’s Make You Mine

Former Russian military Katya Ivanov is a playboy billionaire’s loyal bodyguard. But things change when he asks her to pose as his girlfriend in order to set a revenge plot in motion. 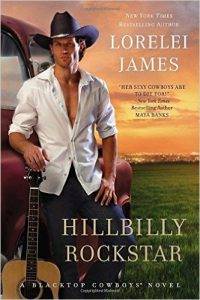 Former soldier Liberty Masterson’s first assignment with an elite security firm is to protect country music star Devin McLain from a deranged fan. To keep her role  discreet, she poses as his female companion on his cross-country tour. 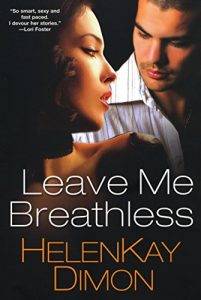 Judge Bennett Walker is getting death threats, so his brother hires ex-FBI agent Callie Robbins. (Walker is actually ex-military, so this one is a bit of a cheat.) 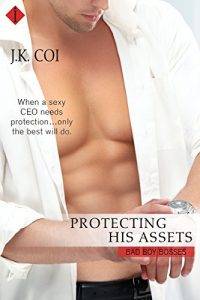 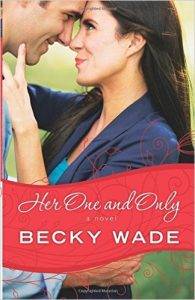 Her One and Only, by Becky Wade 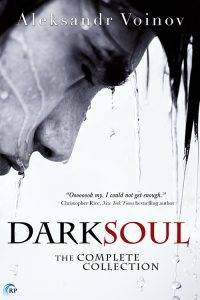 This is not exactly a bodyguard book, but the dynamic between Stefano Marino, a west coast mafia boss, and Silvio “the Barracuda” Spadaro, protetto and heir to retired consigliere Gianbattista Falchi, definitely has that dynamic. Very dark Mafia plot with tortured characters, heavy kink, and lots of violence.

Now take a look at all of these covers. None display an obvious bodyguard, and except for the last one, none of the dudes look worried in the least, despite the death threats, stalkers, and bombs flying around them. I think urban fantasy and paranormal romance covers more effectively telegraph the physical power of badass women protagonists, giving them leather outfits, weapons, a tough stare, and a mean stance. But that’s a subject for another post.