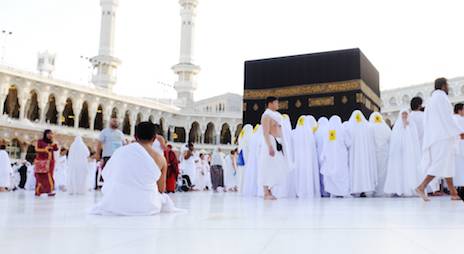 Hardly a day goes by these days without someone proclaiming that “Islam is the problem.” The religion I grew up with is under constant attack from people like Donald Trump who want to ban all Muslims from entering the United States, and from far-right politicians in Europe whose criteria for determining which refugees ought to be given safe haven from bombs and bullets is which god they pray to.

Islam is the world’s second largest religion, with around 1.7 billion adherents around the world, with all the diversity that implies. It is a monotheistic faith in the vein of Christianity and Judaism, and we believe in all the great prophets of the Old and New Testaments, from Adam and Noah to Abraham, Isaac, Jacob, Ishmael, Moses and Jesus. We believe Mohammad was the last in a long line of messengers, and that the Qur’an, our holy book, is the word of God.

The violence being perpetrated around the world in the name of God would be alien to the vast majority of the world’s Muslims. Our scripture tells us “there is no compulsion in religion,” and “whoever saves a life, it is as if he had saved all of mankind” (that is the creed adopted by the White Helmets, the brave volunteers in Syria who rescue people from the rubble after airstrikes. Consider supporting those heroes here).

Muslims once controlled a massive empire stretching from the borders of China through Persia and Iraq and the Arabian Peninsula, to Egypt and North Africa and the southern shores of Europe as well as modern-day Turkey, an empire that included Muslims, Jews, Christians, Zoroastrians, Mandeans, Yazidis, and countless other denominations.

Baghdad was a glorious city and centre of civilization until it was destroyed by the Mongol hordes of Hulegu. Here the works of the great Greek philosophers were preserved and translated. Muslim scientists invented algebra and pioneered the sciences of astronomy, medicine, mathematics and physics. Today, just three Muslims have won a Nobel prize in the sciences.

So here is a decidedly non-comprehensive list to get you started on learning about the religion, its roots, and its golden age. I have to stress that this isn’t at all comprehensive, and it deals primarily with the early Islamic era, but hopefully it can be a starting point for better understanding, for empathy, and for knowledge.
Islam: A Short History 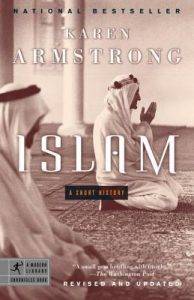 Karen Armstrong writes with great empathy about religion. This book delivers on its title – it’s a barebones, brief history of early Islam and how the religion emerged in the arid deserts of Arabia and in a few decades came to dominate much of the modern Middle East, defeating great empires like Persia and Byzantium.

The First Muslim: The Story of Muhammad 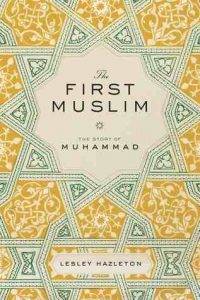 This is more of a narrative history book that traces the prophet’s journey from his orphaned youth to his days as a merchant traveling between Mecca and Damascus, to the first revelation on a lonely hilltop in Mount Hira, and the ensuing trials until his death in Medina. An engrossing book, though I think it misses some of the mystique and spirituality of the early Muslim community in its focus on narration.

No God But God 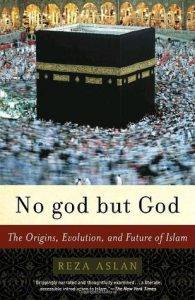 The title of the book refers to the prime creed that makes you a Muslim, the declaration: “There is no god but God, and Mohammad is his prophet.” This book by Reza Aslan is a worthy exploration of early Muslim history and Islam’s place in the world today.
Islam Without Extremes: A Muslim Case for Liberty 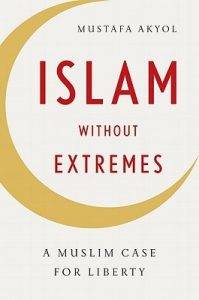 This book traces how Islam was transformed from the egalitarian and social justice values in its early years to one dominated by the conservative values of the Arabian desert, and the intellectual debates that dominated early Muslim history. It makes the case for why Islam is a religion of liberty and emancipation, enshrining freedom of choice and sin. (Ignore the chapters about Turkey and its politics, as they are woefully outdated after the latest coup attempt there).
Sex and the Citadel

This fascinating book is an exploration of ideas of sexuality and sexual identity in the modern Middle East as well as in the early days of Islam. In its early centuries the religion was never shy about tackling issues of sexuality, and this is reflected in the tomes of the early sociologists of the Abbasid empire, who often dealt with sexuality in an expansive, tolerant and even humorous way, in contrast with the hang-ups we have today. This one is truly a delight to read.
The House of Wisdom 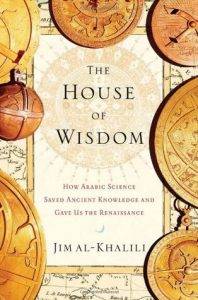 This is an engaging overview of the great contributions of the medieval scientists of the Muslim world, by the British-Iraqi physicist Jim al-Khalili. The book captures very well the innovations of Arab and Persian scientists, like measuring the Earth’s circumference and positing the radical idea that the Earth revolves around the Sun, and not vice versa, and offers some recipes for reclaiming that scientific heritage of Islam’s golden era. The title refers to the rumored grand library in medieval Baghdad that housed some of the greatest tomes of the era. 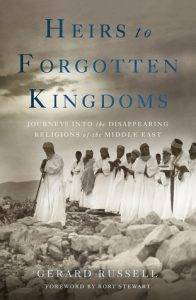 This book isn’t about Islam itself, but is a fascinating journey into the oldest religions of the Middle East and their state today, from the Mandeans and the ancient Yazidis of Iraq, the Zoroastrians of Persia, Egypt’s Copts, the mystical Druze of Lebanon and Syria, you’ll be awed throughout and perhaps saddened by the stories of these disappearing faiths and civilizations.