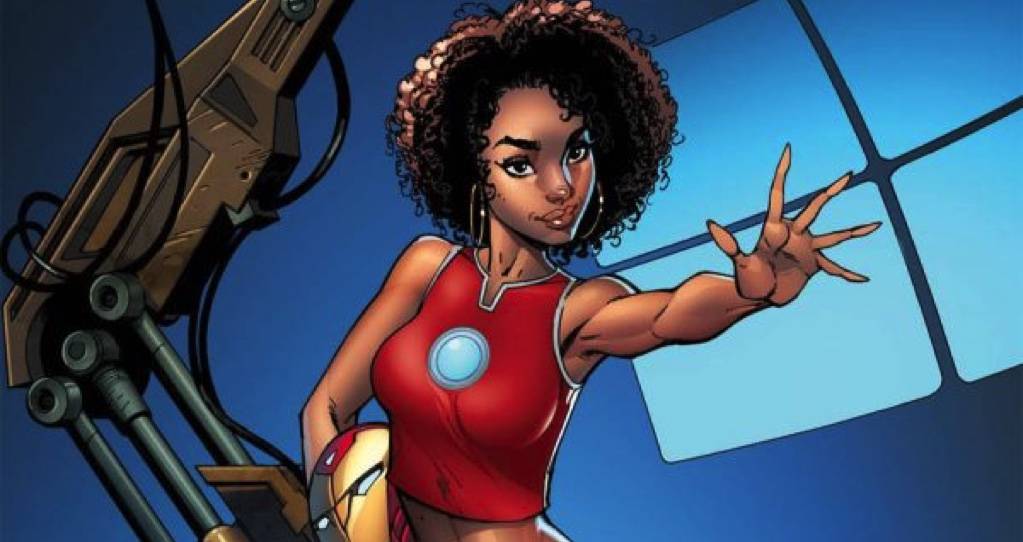 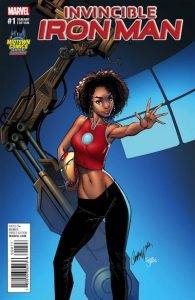 Recently, Marvel announced the forthcoming publication of a variant cover for Invincible Iron Man #1, drawn by J. Scott Campbell and featuring Riri Williams, the 15-year-old genius who will be taking over the Iron Man mantle from an MIA Tony Stark. A couple days later, after considerable outcry over how sexualized the drawing was (which started with Twitter user @Steph_I_Will), the cover was canceled.

This latest cover controversy has raised a number of questions, such as whether variant covers even really matter (they do), or if a corporation pulling a cover in response to customer feedback constitutes censorship (it doesn’t), or whether all the Kids Today (TM) are actually wearing baby tanks and ultra-low-rise leggings à la Britney circa 2003 (they’re not). There are important points being raised about the sexualization of teenagers – particularly black teenage girls – the lack of research many white artists do when drawing black hair, and the troubling frequency with which black characters’ skin is lightened over time.

I want to talk about one specific point today, though. I’ve seen a lot of arguments – about this cover and other drawings, with Riri and other teenage characters, by the artists in question and by fans – that this is a case of style and artistic purity. That to compromise one’s creative vision in service to complaints from SJWs is somehow detrimental to the finished work. This is about art!

To which I say: if your job is to draw a teenage character and the end result does not look like a teen, you have not done your job.

Comics are representational artwork, and that artwork carries narrative information. What an artist draws must give us the story information we need to proceed. If it can’t do so accurately, the comic fails.

Superman doesn’t look the way he does by accident. He is designed to convey character information to the reader. He’s tall and broad-shouldered and muscular, so that we know he’s strong. He wears bright primary colors to convey that he is a friendly, splashy figure. And he’s drawn as an approximately 30-year-old man because…he is. If you opened up a Superman comic where Clark looked 15 or 75, that would be wrong. He wouldn’t look like Superman. You’d be distracted from the story because you’d be wondering who this person was and what had happened to Superman.

Some arguments in favor of the cover have suggested that “fandom doesn’t like art.” But “fandom” and “art” are both such broad terms as to make that statement absolutely nonsensical, along the lines of “humans don’t like music.” I mean, “fandom” here is a dog whistle for “female fans, especially women of color,” of course. But if the criteria for “liking art” is uncritically accepting factually incorrect depictions of characters excused under the general umbrella of “style,” then okay, yeah, I guess fandom doesn’t “like art.”

Unfortunately for artists who apparently cannot see the difference between a child and a 25-year-old woman – or who don’t see the problem with sexualizing an underage black girl – “fandom” is a growing voice in the industry, whether they like it or not. And as the #teensthatlookliketeens hashtag started by MizCaramelVixen on Twitter has proven, many artists out there can and do accurately draw teens.

So the issue isn’t about liking art. It’s about whether or not the artists who can’t draw teens can step up their game. In the meantime, “fandom’s” money is as green as everyone else’s and it’s going to go to artists who can do their job well.