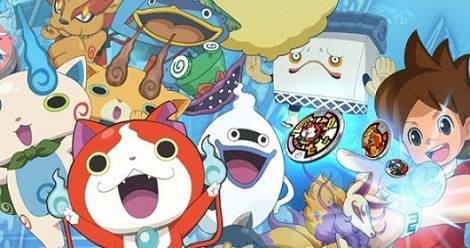 One of the things I’m most enjoying about our Riot Read, Sorcerer to the Crown, is its depiction of multiple mythologies uneasily coexisting in the same universe. For example, Prunella’s three familiars come from three different cultures – and I was happily surprised to see that one of them, Youko the kirin, is a type of yokai.

In Japanese folklore, yokai are supernatural creatures that inhabit the world around us, ranging from the powerful and altruistic (like the kirin) to the tiny and malicious. Humorously creepy yokai have been staples of children’s entertainment in Japan since the 1960s publication of Shigeru Mizuki’s Gegege no Kitaro (which, as I’ve mentioned before, is getting a lovely hardcover release in America thanks to Drawn and Quarterly). Americans have consumed contemporary tales of or inspired by yokai for at least twenty years, though usually the creatures go by another name. And now the popular children’s franchise Yo-kai Watch has brought the term to the English-speaking mainstream. If you grew up with Pokemon, as I did, here are some more adult (teens and up) examples of yokai in modern Japanese comics: 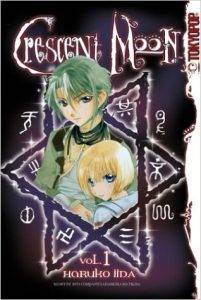 Mahiru can grant anyone she touches good luck – except herself. But her fortunes change when she meets a band of demons called the “Lunar Race” and learns that it may be her destiny to help them regain their powers. This fantasy/romance is currently out of print, but used volumes are easy to find on Amazon. 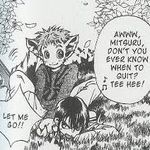 I’m cheating with this one, because although Japanese folklore does contain stories of wolf-demons or gods in the form of wolves, the modern pop-culture depiction usually borrows from the European werewolf. But I can’t resist an adorable wolf-kid with a loving family and a fondness for the culinary arts. Plus, he’s a much-needed foil to the brooding, violent tengu who serves as the main love interest. 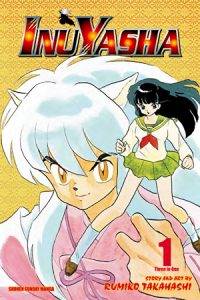 Kagome Higurashi falls down an old well in her backyard and ends up in an alternate feudal Japan populated by a host of magical creatures, including the half-demon Inuyasha, who seeks to reassemble the powerful, shattered Shikon Jewel before the demon Naraku can get his claws on it. Written by the already-famous Takahashi, Inuyasha was hugely popular in both Japan and America during the early 2000s. The series is very long and hasn’t aged well, but borrowing a few volumes will sate your thirst for bloody combat with a side helping of romance. 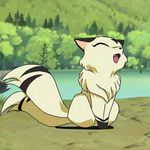 Who wouldn’t want a two-tailed cat that can set fires and grow to the size of a rhinoceros as a traveling companion? 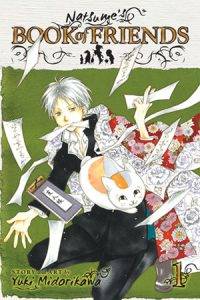 Natsume inherited two things from his grandmother: her ability to see the supernatural, and a notebook in which she captured the names of hundreds of yokai in order to bind them to her will. Now Natsume’s giving the names back, coming to terms with his magical heritage, and maybe even making some friends in the process. 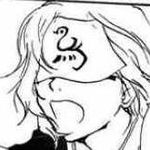 Swallow is a different type of yokai from the other examples I’ve provided: rather than being born a demon, she was born a swallow (yes, the bird) and became a restless spirit after her untimely death. A gentle human, mistaking her glowing eyes for a stray dog, left food out every night until he was forced to move away. Swallow encounters Natsume twenty years later and asks for his help finding the man who kept her from collapsing under her anger. Book of Friends is an uneven, thinly plotted series, but Swallow’s desire for connection, to see and be seen, struck me someplace deep. 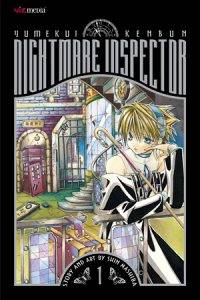 Plagued by nightmares? Suffocated by repressed memories? Visit the Silver Star Tea House and feed your terrible dreams to the baku (“dream-eater”). The nastier the nightmare, the tastier the meal. Just be aware that you may not like what you learn about yourself… 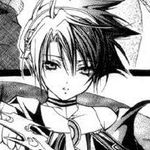 The Tea House’s resident baku generally appears as an androgynous young human with a fanciful staff, but don’t let his skinny arms and pale skin fool you: in dreams, he’s king. Part Morpheus, part Sherlock, Hiruko investigates a different customer’s complaint in each chapter of this episodic series. 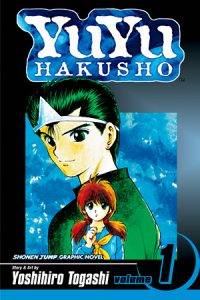 Juvenile delinquent Yusuke Urameshi dies saving a toddler from a speeding car – only to learn that “not even the Buddha” expected such a nasty street brawler to die heroically, and therefore he hasn’t been assigned a place in heaven or hell. So he gets a chance to come back to life as a sort of “underworld detective,” hunting down demons for the ruler of the underworld. This all sounds like a horror or mystery/adventure tale, but it’s actually a fighting manga heavily inspired by Dragonball. The uneven storytelling makes this series a rough go for anyone who doesn’t already love boys’ manga, but if you enjoy watching incarnations of Japanese folktales whale on each other with yo-yos and rose whips, the Dark Tournament Saga is right up your alley. 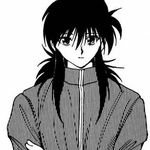 Kurama is on my list of All-Time Favorite Comics Characters, right up there with Barbara Gordon and Wesley Dodds. At first glance he’s the quintessential bishonen (“pretty boy”) archetype: effeminate, soft-spoken, an exceptional student and a loyal son. He fights with flowers, for pete’s sake. But he’s neither in need of rescuing nor bogged down by angst. An ancient fox demon in a human body, Kurama is perceptive, calculating, and downright cold to anyone who violates his (sometimes medieval) code of justice. His time among the humans, however, has tempered his disposition and makes him a true ally and friend to our scrappy band of heroes.