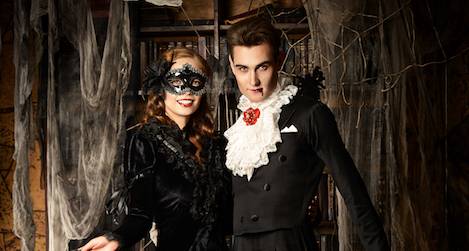 This giveaway is sponsored by Knopf, publisher of Prince Lestat & The Realms of Atlantis by Anne Rice. 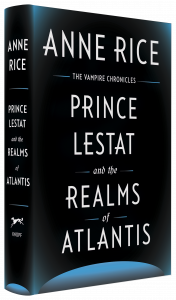 From Anne Rice, conjurer of the beloved best sellers Interview with the Vampire and Prince Lestat, an ambitious and exhilarating new novel of utopian vision and power.

At the novel’s center: the vampire Lestat de Lioncourt, hero, leader, inspirer, irresistible force, irrepressible spirit, battling (and ultimately reconciling with) a strange otherworldly form that has somehow taken possession of Lestat’s undead body and soul. This ancient and mysterious power and unearthly spirit of vampire lore has all the force, history, and insidious reach of the unknowable Universe.

They slither out of the coffin, pale and hunched. They’re winged carriers of the apocalypse. They go to high school and fall in love. We asked you to share your favorite vampire stories, and you responded. Here are more than 30 of your favorites!

Interview with the Vampire by Anne Rice

Category ID: 1786
Check Your Shelf Newsletter
Sign up to receive Check Your Shelf, the Librarian's One-Stop Shop For News, Book Lists, And More.
Thank you for signing up! Keep an eye on your inbox.
By signing up you agree to our Terms of Service

The Vampire Lestat by Anne Rice

I Am Legend by Richard Matheson

The Night Huntress by Jeanine Frost

The Queen of the Damned by Anne Rice

Memnoch the Devil by Anne Rice

The Vampire Trilogy by Christopher Moore

Let the Right One In by John Ajvide Lindqvist

The Tale of the Body Thief by Anne Rice

The Vampire Armand by Anne Rice

The Passage by Justin Cronin