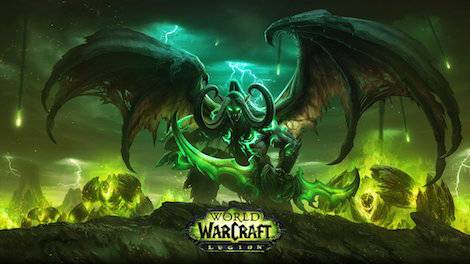 With millions of subscribers and six expansions (plus the original game), World of Warcraft is a huge success–emphasis on huge, because there’s a lot of material in this game, y’all. With 110 levels of quest and dungeon action to fill, the developers like to keep it fun by putting in references and jokes relating to our non-Warcraft world. At least one of those devs is a reader, too, because there definitely are a bunch of book references for us book nerds to enjoy going all the way back to what players call “vanilla,” the base game that came out in 2004.

I mean. A game that is based in a fantasy world where orcs battle elves is a bit on the nose not to mention it right off the bat, no? World of Warcraft nods overtly to the similarities, including making the Tolkien quote “Not all who wander are lost” one of the repeating lines of dialogue for a major character. (It’s this thing where you click on them and they offer up nuggets of wisdom or standard greetings . . . if you keep clicking, they eventually get mad, though.) You can also get as a drop The 1 Ring, which is not quite as good as The 2 Ring.

2. Also, a crapton of Lovecraft. 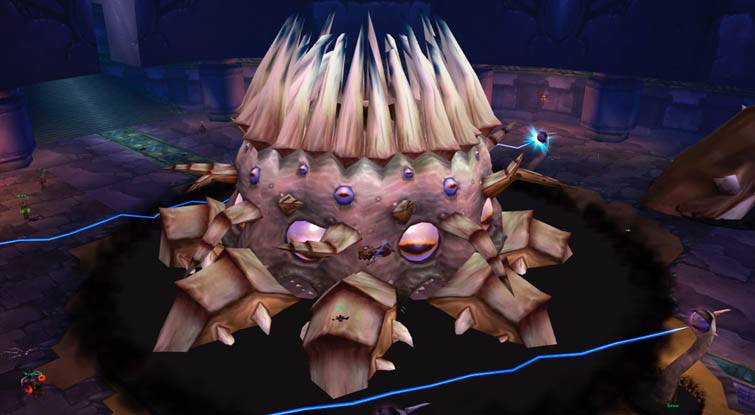 Yup, that’s a Lovecraftian nightmare right there. AKA, C’thun from the raid dungeon Ahn Qiraj

From the very name of the game (Warcraft), WoW is peppered with Lovecraftian references. The continents that make the original game zones comprise a world known as Azeroth, a play off of Azathoth from the Cthulhu mythos. (Also, there’s C’thun, a boss that looks a lot like a Cthulhu-type old god, and Yogg-Saron, a play off of Yog-Sothoth. They’re really into the old gods.) The Case of Charles Dexter Ward was referenced a bunch of times, too, in quests and character names.

3. Someone at Blizzard loves Hemingway, a lot. 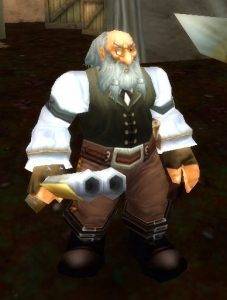 Meet Hemet Nesingwary, a robust hunter who stalks the wild game of Azeroth and beyond. His two passions are going on safari and writing; Nesingwary is the illustrious author of The Green Hills of Stranglethorn and you, adventurer, will be tasked with finding page 14, which has gone missing. (In ye olden days of vanilla, you had to find 16 pages. Kids these days don’t know how good they have it.)

Nesingwary or his son shows up in every single expansion with hunting-related quests to send you on, for which you can get achievements like “Hills Like White Elekks” or “The Snows of Northrend.” At one point, he shows up in a hot air balloon called The Killem’ Jaro. His quests are a lot of fun in general, but doubly so if you catch all the references.

4. Salinger and Kerouac hang with the hunters, too.

Though it’s not precisely in character for these authors to be big-gaming with Hemingway–sorry, Nesingwary Jr., you can find Ajeck Rouack and Sir S. J. Erlgadin (anagrams of Jack Kerouac and J.D. Salinger) hanging around the jungle to send you out tiger hunting. 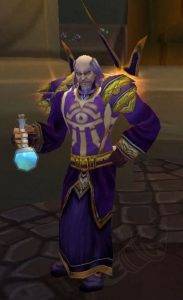 5. Burroughs and Ginsberg work in the Purple Parlor.

Hang around the city of Dalaran enough and you’ll probably take the portal to the Purple Parlor just to see if there’s anything cool there to do. If you do, you’ll find Arcanist Ginsberg and Alchemist Burroughs, probably imbibing something. I mean, just look at him; you know he’s using his mad alchemist skills to get them both totally wasted.

6. The Opera event has you fight stories.

I guess all of these stories probably count as both stage shows and books, but they were books first, dammit. (And one isn’t even an opera.) The dungeon Karazhan, a huge mansion, features an opera house as one of the main fights; after you start the event, you get a random story out of three possible stories: Romulo and Julianne, a tale of star-crossed lovers; Red Riding Hood, a story about a wolf in sheep’s clothing (or, well, Grandma’s clothing); and The Wizard of Oz, in which Dorothee and Tito[sic] just want to go home. Back when this dungeon was end-game content–like six expansions ago–the Wicked Witch’s Hat was a must-have accessory for any warlock worth her salt. 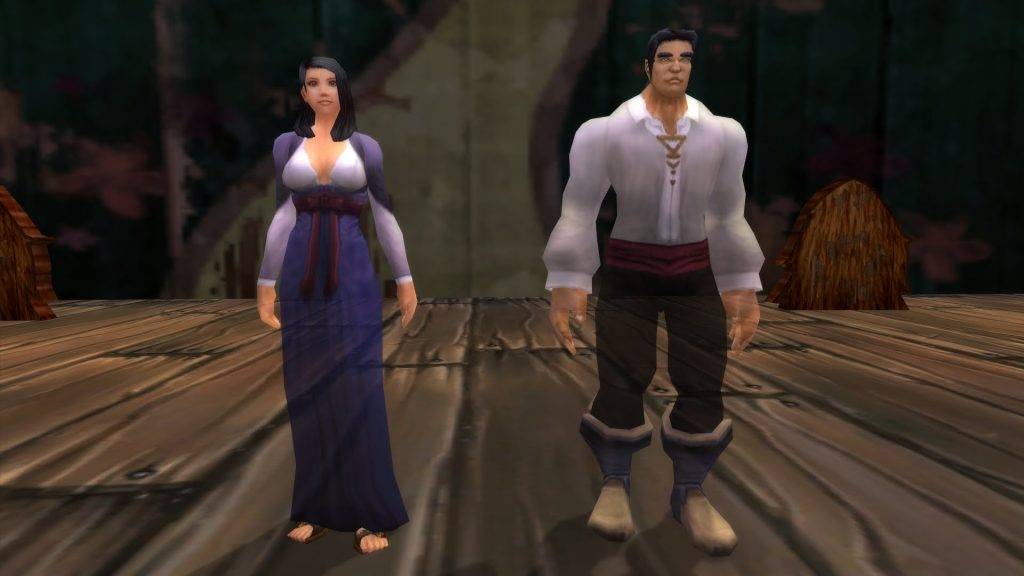 While attempting to thwart some bad dudes, you and a bird-person have to go search someone’s hut for an important text. While seeking the needed book, you come across Fifty Layers of Shadows, found by the bird-person’s pet, Percival. “PERCIVAL, YOU PUT THAT BACK THIS INSTANT. Nasty bird.” So fun that it inspired fan art (source). 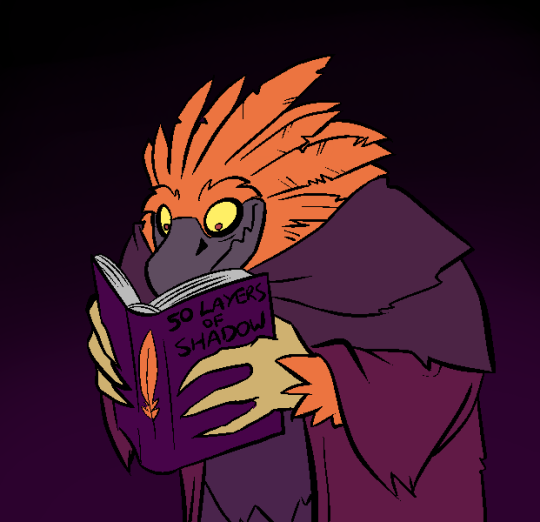 He’s SUPER into this chapter.

8. While questing in the jungle, you raid the compound from Heart of Darkness.

Really, the entire zone of Strangethorn Vale seems to be a literary hotbed. I guess jungles = awesome books? A questline takes you through Kurzen’s compound, which alludes to the character of Kurtz in Conrad’s book.

9. One quest makes you murder Zaphod Beeblebrox (sort of).

In the quest “Four Heads Are Better Than None,” the heads you have to find are those of Za’brox and Beeble’phod, both two-headed ogres. And by “find” I mean “murder those ogres to death and take their heads.”

10. And surprisingly? A ton of English poetry references.

What do T.S. Eliot, Lord Tennyson, William Wordsworth, and John Keats have in common with World of Warcraft? Not that much, but you’ll find a bunch of references to the former sprinkled in the latter. I have to confess that I didn’t recognize the majority of the references in the game, but I did always like the ring of “Chestguard of Insidious Intent,” a reference to one of my personal favorite poems (Prufrock, always Prufrock).

There are a lot more bookish references in WoW: NPC names, quest titles, snippets of dialogue, and item names often slyly allude to stories we all know and love. Which of your favorites did I miss on this list?