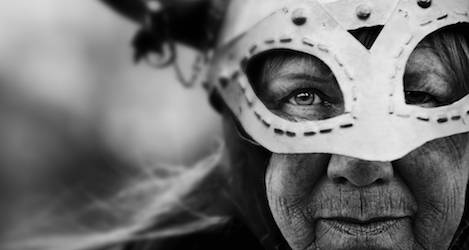 Compiling this list was an intense privilege, coupled with the pain of knowing that 100 books does not begin to cover the complete history of women in one country, let alone the entire world. I discovered amazing women who worked together or on their own to achieve remarkable things, and who suffered bottomless tragedies. They need to be remembered.

In 1979, the first women’s history conference was held at Sarah Lawrence College. In 2016, our history is still overwhelmingly male-centered.

The fact I hadn’t heard of so many of these women before making this list makes me more determined than ever to share the history of women when I can, and to do what is possible to change the perception of history from the deeds of men to the deeds of humans.

Feel free to leave your own favorite women from history in the comments below so we can expand this list past 100, and continue to try and make the voices of women from all times and places heard.

A History of the Wife by Marilyn Yalom

No Turning Back: The History of Feminism and the Future of Women by Estelle Freedman

Women in the Middle Ages: The Lives of Real Women in a Vibrant Age of Transition by Frances & Joseph Gies

Headstrong: 52 Women Who Changed Science – and the World by Rachel Swaby

Nike Is a Goddess: The History of Women in Sports by Lucy Danziger

A Vindication of the Rights of Woman by Mary Wollstonecraft

The Feminine Mystique by Betty Friedan

Feminist Theory: From Margin to Center by bell hooks

The Creation of Patriarchy by Gerda Lerner

The Book of the City of Ladies by Christine de Pizan

Hypatia of Alexandria by Maria Dzielska

The Warrior Queens: The Legends and the Lives of Women Who Have Led Their Nations in War by Antonia Fraser

Daughters of Isis: Women of Ancient Egypt by Joyce Tyldesley

The Chalice and the Blade: Our History, Our Future by Riane Eisler

The Amazons: Lives and Legends of Warrior Women across the Ancient World by Adrienne Mayor

Mighty Be Our Powers: How Sisterhood, Prayer, and Sex Changed a Nation At War by Leymah Gbowee

The Queen of Katwe: A Story of Life, Chess, and One Extraordinary Girl’s Dream of Becoming a Grandmaster by Tim Crothers

African Feminism: The Politics of Survival in Sub-Saharan Africa by Gwendolyn Mikell

Women of Korea: A History from Ancient Times to 1945 by Yung-Chung Kim

In Order to Live: A North Korean Girl’s Journey to Freedom by Yeonmi Park

Sky Train: Tibetan Women on the Edge of History by Canyon Sam

The Voice That Remembers: A Tibetan Woman’s Inspiring Story of Survival by Ama Adhe

The Secret History of the Mongol Queens: How the Daughters of Genghis Khan Rescued His Empire by Jack Weatherford

Manchu Princess, Japanese Spy: The Story of Kawashima Yoshiko, the Cross-Dressing Spy Who Commanded Her Own Army by Phyllis Birnbaum

Daughters of the Samurai: A Journey from East to West and Back by Janice Nimura

Catherine the Great: Portrait of a Woman by Robert K. Massie

Thousands of Roads: A Memoir of a Young Woman’s Life in the Ukrainian Underground During and After World War II by Maria Savchyn Pyskir

Dreaming With the Ancestors: Black Seminole Women in Texas and Mexico by Shirley Boteler Mock

Isabel Orleans-Bragança: The Brazilian Princess Who Freed the Slaves by James McMurtry Longo

The Mapmaker’s Wife: A True Tale of Love, Murder, and Survival in the Amazon by Robert Whitaker

Searching for Life: The Grandmothers of the Plaza de Mayo and the Disappeared Children of Argentina by Rita Arditti

My Invented Country: A Nostalgic Journey Through Chile by Isabel Allende

The Country Under My Skin: A Memoir of Love and War by Gioconda Belli

Princess: A True Story of Life Behind the Veil in Saudi Arabia by Jean Sasson

Palestinian Women of Gaza and the West Bank by Suha Sabbagh

The Underground Girls of Kabul: In Search of a Hidden Resistance in Afghanistan by Jenny Nordberg

Persepolis: The Story of a Childhood by Marjane Satrapi

Humanizing the Sacred: Sisters in Islam and the Struggle for Gender Justice in Malaysia by Azza Basarudin

The Bandit Queen of India: An Indian Woman’s Amazing Journey from Peasant to International Legend by Phoolan Devi

Borders and Boundaries: How Women Experienced the Partition of India by Ritu Menon

The Upstairs Wife: An Intimate History of Pakistan by Rafia Zakaria

Undaunted: My Struggle for Freedom and Survival in Burma by Zoya Phan

Wives, Slaves, and Concubines: A History of the Female Underclass in Dutch Asia by Eric Jones

Amazons of the Huk Rebellion: Gender, Sex, and Revolution in the Philippines by Vina A. Lanzona

From a Native Daughter: Colonialism and Sovereignty in Hawaii by Haunani-Kay Trask

The Myth of Seneca Falls by Lisa Tetrault

Women on Ice: The Early Years of Women’s Ice Hockey in Western Canada by Wayne Norton

In the Days of Our Grandmothers: A Reader in Aboriginal Women’s History in Canada

The Scarlet Sisters: Sex, Suffrage, and Scandal in the Gilded Age by Myra MacPherson

Discarded Legacy: Politics and Poetics in the Life of Frances E.W. Harper by Melba Joyce Boyd

Walking in the Sacred Manner: Healers, Dreamers, and Pipe Carriers–Medicine Women of the Plains by Mark St. Pierre

Out to Work: A History of Wage-Earning Women in the United States by Alice Kessler-Harris

Daughters of the Earth: The Lives and Legends of American Indian Women by Carolyn Niethammer

Hannah Mary Tabbs and the Disembodied Torso: A Tale of Race, Sex, and Violence in America by Kali Nicole Gross

Revolutionary Mothers: Women in the Struggle for America’s Independence by Carol Berkin

Pretty-shield: Medicine Woman of the Crows by Frank Linderman

Ada Blackjack: A True Story of Survival in the Arctic by Jennifer Niven

A Jury of Her Peers: Celebrating American Women from Anne Bradstreet to Annie Proulx by Elaine Showalter

The Belles of New England: The Women of the Textile Mills and the Families Whose Wealth They Wove by William Moran

Open Wide the Freedom Gates: A Memoir by Dorothy Height

Lieutenant Nun: Memoir of a Basque Transvestite in the New World by Catalina De Erauso

Ravensbrück: Life and Death in Hitler’s Concentration Camp for Women by Sarah Helm

The Winter Queen: Elizabeth of Bohemia by Carola Oman

The Far Traveler: Voyages of a Viking Woman by Nancy Marie Brown

Queen of Fashion: What Marie Antoinette Wore to the Revolution by Caroline Weber

The Pope’s Daughter: The Extraordinary Life of Felice della Rovere by Caroline Murphy

She-Wolves: The Women Who Ruled England Before Elizabeth by Helen Castor