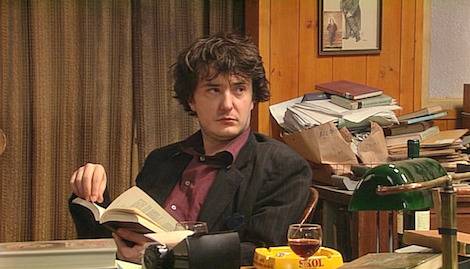 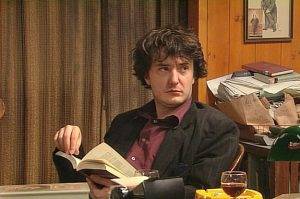 Anyone I’ve ever known who has ever worked in a used book store considers Bernard Black something of a mascot. A drinky, smokey, angry, irreparably untidy, Irish mascot.

The British series Black Books, starring the incomparable Dylan Moran as an angry misanthropic owner of a used book store, takes place in a shop that is something like a cross between Paris’s famous Shakespeare & Co. and your basic broom closet. To anyone who has ever sold books, it is an inspiration.

In my days as a pusher of gently used and rare volumes, I encountered mostly amazing customers. But, as in any retail job, there will always be one or two of those people. You know who I mean. People who let their kids eat ice cream near the first editions. Who interrupt poetry readings by talking loudly on their phones. Who rearrange the entire erotica section.

I imagine that you folks out there find yourselves in used book stores fairly often. So I thought it might be useful to provide some basic rules for proper customer behavior, according to Bernard Black.

4 – And I am not your interior decorator.

5 – Speak softly, in case your friendly bookseller has a bit of a hangover.

6 – And don’t overstay your welcome.