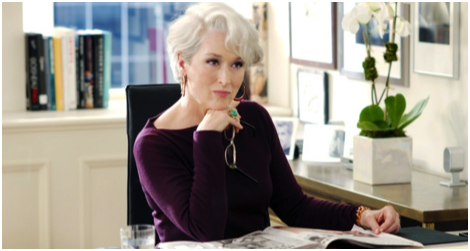 In an announcement that has moved at a glacial pace to get here, The Devil Wears Prada is coming to Broadway more than ten years after the film’s release, and none other than Elton John is adapting it as a musical.

*throws money at it*

The New York Times has eliminated a number of bestsellers lists, although the exact number could not be confirmed Thursday morning. Cutting the various lists is part of an overall plan by the paper to revamp its coverage of publishing.

A contact sends along a picture of a bookcase in what's called the Old State Department Library in the EEOB. It's the first thing you see pic.twitter.com/o4hNMkyDJr

Look at the titles.