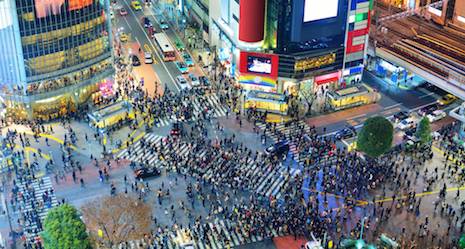 Luckily for us English-language readers, a lot of Japanese speculative fiction has been translated (beyond Haruki Murakami), and it is extraordinary in its depth and breadth. Thanks to many talented translators and to presses like Haikasoru, Kurodahan, Vertical, and others, we can dive into military space-opera epics like Yoshiki Tanaka’s Legend of the Galactic Heroes trilogy, or attempt to untangle the mystery of a cyborg turtle’s creation, or lose ourselves in the surreal story of a group of elderly women on a mountain fighting a hungry bear. I’m telling you- go to these presses’ sites and allow yourself to drool over the wide variety of books on display: from hard sf to space opera, from fantasy to horror, and everything in between.

To get you started, I’ve listed below several outstanding works of Japanese SF in translation that you need to check out if you want to supercharge your reading this year. You Are Welcome. 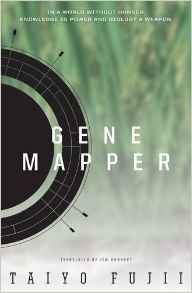 Genetically-modified food, trippy virtual-reality technology, and a world recovering from the combined blows of an Internet collapse and a devastating famine- need I say more? Fujii’s next novel to be translated, Orbital Cloud, is out in March, and I can’t wait. 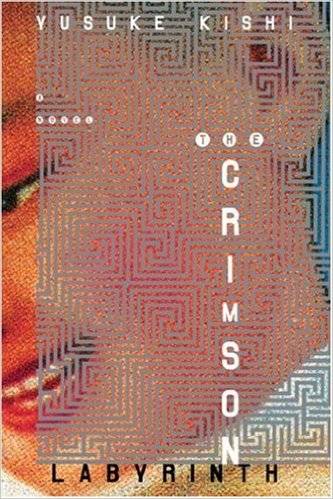 An unemployed former math major wakes up one day to find himself on what appears to be Mars, paired with a stranger with him he must navigate a bizarre extreme-reality-tv scenario. Crimson Labyrinth has been compared to Running Man, Lost, and Battle Royale.

This is the story of a cyborg turtle trying to live his life as normally as possible: renting an apartment, riding a bus, visiting the library. Thing is, he keeps having flashbacks about a war on Jupiter, and his current job might have something to do with it. Themes of alienation, loneliness, and memory are explored here with patience and sensitivity, and Mr. Turtle was one of my favorite books of 2016.

On the floating island city of Aphrodite, Yuichi is able to escape from the regimented society into which she was born. But when the tranquil paradise deteriorates into a slum, only Yuichi can save it. 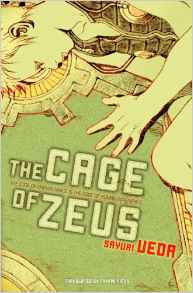 The Cage of Zeus by Sayuri Ueda, translated by Takami Nieda (Haikasoru, 2011)

On Zeus I, a space station orbiting Jupiter, the “rounds” (genetically-engineered hermaphroditic humans) live side-by-side with “monos.” But when terrorists bent on eliminating the “rounds” attack the station, the fate of an entire people hangs in the balance. 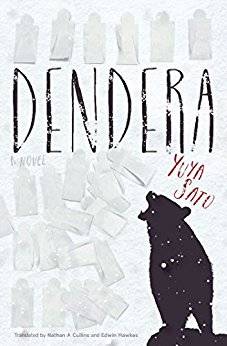 Dendera is disturbing, Dendera is (at times) quite grisly, Dendera is unlike anything I’ve read before. There’s just something magical about how Sato tells the story of a group of old women left on a mountain to die (as per their village tradition) but who instead form a community and defend it against invading bears and cruel winters. Basically, Yuya Sato could write a novel about a paper clip and it would still be riveting. This is not for the faint of stomach, but Dendera is a true gem and I highly recommend it. 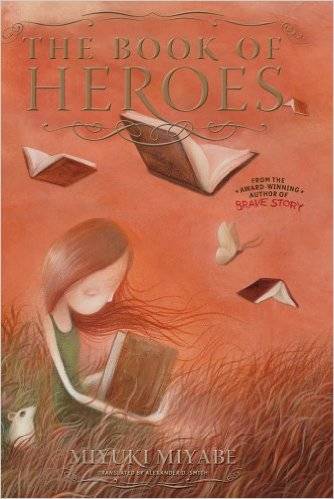 The Book of Heroes by Miyuki Miyabe, translated by Alexander O. Smith (Haikasoru, 2011)

In The Book of Heroes, a young girl must shoulder some intimidating responsibilities: saving her brother from a magical book that has made him disappear and rescuing the world from the evil King in Yellow. Miyabe’s latest book to be translated into English- The Gate of Sorrows– came out just last year.