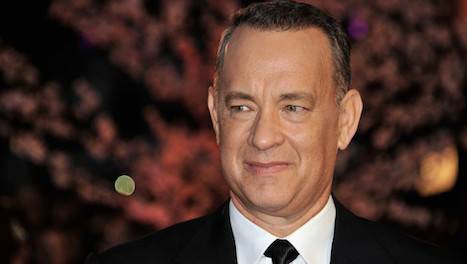 Quick note before today’s links: We’re giving away 5 copies of Scratch: Writers, Money, & The Art of Making a Living. Click here to enter for a chance at one, or just click the image below:

Hanks’ first book, a short story collection called Uncommon Type, will be published by Knopf (an imprint of Penguin Random House) in October 2017.

Zen Cho is the winner of the ‘2016 British Fantasy Society Award for Best Newcomer’ for her debut novel Sorcerer to the Crown. Today, she is proud to announce her involvement in a new project with Lancôme. To coincide with the launch of a 40 shade range of foundation, Teint Idole, Lancôme are celebrating female empowerment and diversity.

Nearly 90 cinemas in the US and Canada are planning to show the film adaptation of George Orwell’s Nineteen Eighty-Four, starring the late John Hurt, in protest at President Trump’s policies. The coordinated screenings will take place on 4 April, the date that the book’s central character Winston Smith writes on the first page of his illegal diary.