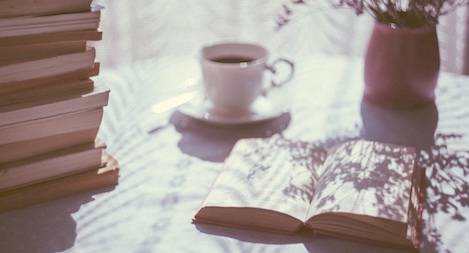 This post on French feminist writers is part of our International Women’s Day celebration. See all the posts here.

I’m not much of a Francophile. Despite what numerous books and articles claim, I’ve never been entirely convinced that French women do (insert random thing here) better than the rest of us. But I am rather fond of their laissez faire style of  feminism. You have the famous French feminist theorists, like Simone de Beauvoir, Helene Cixous and Virginie Despentes. But you also have the everyday feminist women writers whose books don’t explain theory so much as demonstrate it.

Below are four books celebrating women. None of these books tells a story with a beginning, middle, and end. Only one of them even attempts to deal with something resembling feminist theory. But all four are written in voices that are distinctly and uncompromisingly feminist. And they’re all written by French women. So, in honor of International Women’s Day I encourage you to lose (or discover?) yourself in one of them. 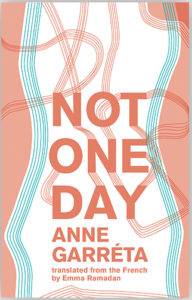 Not One Day by Anne Garréta, translated by Emma Ramadan. You’ll have to wait until April to read the Oulipian Anne Garréta’s second book to be published in English. A work of both feminist and LGBTQ literature, in it she challenges herself to record memories of a different woman from her past, every day, for a month. Her guiding principle is “not one day without a woman” and, like Kerouac, she writes her memories down in free-flowing, unedited, stream-of-conscious prose. The result is both intimate and immediate — the writing dazzling.  I open my copy to a random page and read: “Your car seems to surf on the surface. Chesapeake Bay swallows up body, lane, and soul. Spiraling ramps and arching suspension cables, a thin strip of steel and concrete surfaces and plunges anew into an endless vertigo. The cliff against which the Tappan Zee Bridge seems to want to throw itself, the elegant swerve of its deck skirting the abyss.” These are the kinds of sentences you want to put in your pocket and keep with you. 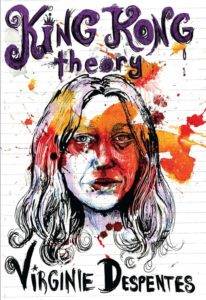 King Kong Theory by Virginie Despentes, translated by Stéphanie Benson.  Virginie Despentes is a French feminist writer, filmmaker, former sex worker, rape survivor and punk music lover… so no one should be surprised that she has a lot of opinions.  And, I won’t lie, some of those opinions frighten me – because I can easily apply it to hundreds of examples… including the current U.S. president. Her book, King Kong Theory, contains essays about gender, sex, rape, pornography and perceptions of female beauty. In these essays Despentes is irreverent, profane and more than a little controversial. But she’ll definitely make you think. And she might just blow your mind. This isn’t a book you can read and then forget. 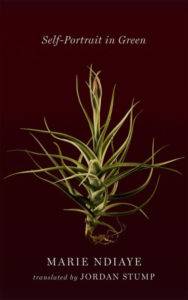 Self-Portrait in Green by Marie Ndiaye, translated by Jordan Stump.  Ndiaye may be one of the most important women writing in France today.  She’s received international acclaim and won several awards. Her books are complicated and experimental — by no means easy reading. Self-Portrait in Green is a collection of stories, told by the same narrator and containing portraits of individual women who all represent different aspects of the author. The color green appears in all of them — often, but not always, in the form of clothing. These women in green are subversively feminist (as are many Ndiaye characters). They present as strangers, friends, mothers, lovers, daughters and wives. They are strong, mysterious, neurotic, paranoid, nurturing, dominant, submissive, beautiful and grotesque. Ndiaye makes it clear that they are her past, present and future. The subtle message — that you can be inspired by and learn from women you encounter, and that these women need not be perfect in order to set an example — is a powerful one. 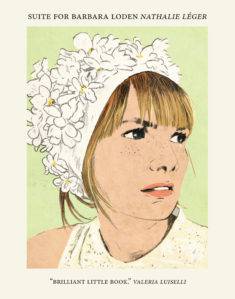 Suite for Barbara Loden by Nathalie Léger, translated by Natasha Lehrer & Cécile Menon.  This isn’t the first time I’ve written about Suite for Barbara Loden for Book Riot. It is one of my absolute favorite reads from last year, but also difficult to describe what makes it so compelling. At the most superficial level the book breaks down the plot of the 1970’s American film Wanda, which Barbara Loden wrote, directed and starred in. Interspersed between these hyper-detailed descriptions of the film are biographical details about Loden’s life. Add to this a third layer in which Léger examines her own fascination with Wanda and you start to get a sense of this beautifully complex book which immerses the reader in a single subject – a woman and film that remain mostly obscure and yet, by the time you reach the last page, feel oddly significant.