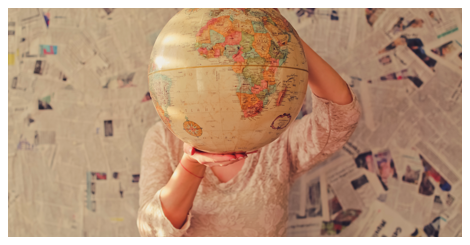 Last October or thereabouts a friend of mine announced her plan to backpack around the world alone for a year. She plans to start her trip in fall 2017. Right now she is in preparation mode. She gave her boss a year’s notice. She sold many of her belongings, including furniture, books, and clothes. What she doesn’t want to take with her or didn’t want to sell will be stashed with friends or family. She then traded an apartment that was blocks from beach for a room in someone else’s apartment. This will enable her to save thousands of dollars in rent that she can put toward her trip.

After my friend’s announcement I had all sorts of questions. How do you pack for different climates and fit it all into one, admittedly very large, backpack? How do you deal with a full on medical emergency in a country where you don’t speak the language? Naturally, I also thought about what (and how) I would read if I were to take such a trip.

Beyond the practicalities of undertaking a global backpacking trip, I wondered how a person quits, or at least pauses, their life and starts a new one. Lots of people talk about changing their lives. They talk about living a simpler life, taking a year off to do something radically different from what they’re doing at the moment. My friend is taking steps to actually do this. I am inspired, a little envious, but also a little mystified.

It takes a certain amount of fearlessness and inner strength to change the direction of one’s life. Even if it is only temporary, it can’t be easy. I am especially amazed at people who do so later in life. It’s one thing to sleep in hostels and carry everything you own on your back when you are in your twenties and don’t yet have much in the way of belongings or a career. It’s another when you have a career, a house full of stuff, and financial, familial, or other commitments. My friend didn’t have a house. However, she does have a career as an attorney, some commitments, and is in her mid-forties.

Thinking about my friend’s impending adventure sent me looking for stories, fictional and nonfictional, of people who were on one path and then made an abrupt turn in a different direction. The change didn’t have to be leaving home to travel, though the majority of stories I came across involved people doing exactly that. I simply wanted books about people who decided they needed a change and took a leap. The first story that came to mind was a fictional one. 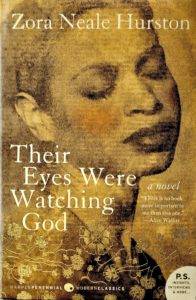 In Their Eyes Were Watching God teenage Janie’s grandmother forces Janie to marry a much older man. The older man offers stability and safety – things Janie’s grandmother desperately (and understandably) wants for her granddaughter. Although Janie goes along with her grandmother’s wishes at first, she wants more for herself. When she sees a chance for a different life Janie runs toward it without so much as a backward glance at her old life.

My search for more stories of people changing the direction of their life led to An African in Greenland. As a teenager in the East African nation of Togo, Tété-Michel Kpomassie picked up a book about Greenland and decided he had to see the frozen nation in person. Kpomassie didn’t exactly go to Greenland on a whim. It took him several years to save up the money for the trip. In that sense his journey was less an abrupt left turn and more a realization of a long held goal. Still leaving behind family and friends, not to mention Togo’s tropical climate, to go to an area of the planet that is so different different from his own – that’s making a radical change in one’s life if ever there was one.

At age twenty-four Chris McCandless walked into the Alaskan wilderness. After graduating from college he decided to get off the standard life track and do something different. He spent the next few years wandering around the western and southwestern part of the United States, before trying to survive on his own in the Alaskan wilderness. Unfortunately his journey ended badly. I’m not sure if McCandless’s story is the best thing to read as my friend prepares to go off on a long solo trip, but I couldn’t ignore it. McCandless’s story, as told by Jon Krakauer in Into the Wild, is fascinating. McCandless definitely was a man who was unafraid of change. 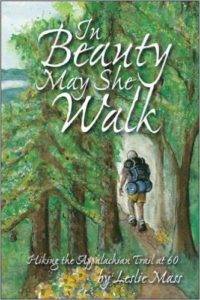 Looking for something with a happier ending after Into the Wild, I found my way to In Beauty May She Walk: Hiking the Appalachian Trial at 60 by Leslie Mass. At age fifty-nine Leslie Mass began training to hike the Appalachian Trail, which she then did at age sixty. I was drawn to Mass’s book primarily because she was an older woman hiking alone. She met people along the way of course, but she set out on a long and strenuous journey on her own. Although my friend is significantly younger, Mass’s journey reminds me of my friend’s coming one.

I picked up these books because I wanted to explore the mindset of a person who decides to take a break, whether temporary or permanent, from their current life to do something different. Additionally, I wanted to think about what it takes to make that kind of change. These books are helping me do that. If you have suggestions for other books about a person changing the direction of their life, let me know in the comments.