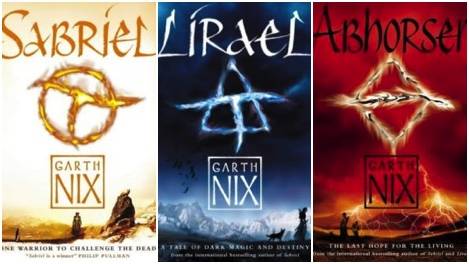 I’m not sure where this tradition began, but I like to take time out from my usual (frenetic) reading schedule and pop back to my childhood for a while. I normally pick a series I remember adoring and re-read the entire confection in a short space of time.

For the first few days of January this year, I wasn’t too enthused about the real world. I didn’t want any non-fiction in my life for a few days and I was on the lookout for a good escape.

I somehow hadn’t heard that Garth Nix had released a new book, but was wandering through Forbidden Planet on London’s Shaftesbury Avenue when I came across Goldenhand on a shelf and instantly recognised it as part of the Old Kingdom series set in Ancelstierre. Images of a young woman walking in Death crossed my mind and later that evening, I sat down to get re-acquainted with Sabriel. 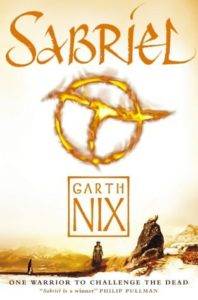 Here’s the thing- Sabriel will always hold a special place in my heart but as a kid I didn’t know why, but now I do. Sabriel was important to me because she’s female- and she’s a badass, at that. She seemed realistic and strong, but not without flaws and I loved that- as a child, I think Sabriel was probably the first such heroine I read. This time around, I tore through the book in just a few hours and it filled my heart all over again.

I started Lirael the next day, and promptly remembered why I loved her so much too- Lirael was an outsider, cast out, frightened and alone. She struggled and strived and made the most of the cards she had been dealt until her path lit up before her. As a child, Lirael taught me lessons about persevering. During my re-read, I fell in love with Clayr Library, Mogget and the Disreputable Dog- elements that had become hazy since I read the story so many years ago. 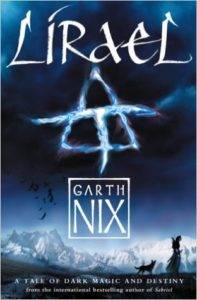 When I first collected the books, they were quite new on the UK market and one of the big draws was the cover work. My copy of Sabriel is a white hardback book with a clear plastic dustsheet; it looks magical and I know that I bought it on a whim one afternoon, knowing nothing at all about the story inside. Lirael had a dark, matte cover and a shining blue Charter Mark on the cover, and both books were wider than standard hardbacks at the time. They felt and looked magical. It was an easy sell. 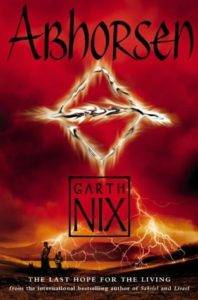 For some reason, I was late reading Abhorsen and I missed Clariel entirely- I suspect growing up got in my way a bit. I do remember that the end of Abhorsen had always been one of my favourite endings because of the courage of the characters, but the wider story had been lost in my mind somewhere. My copy is a paperback, but still a beautiful one- bright red, with embossed Charter Marks on the cover. The story bursts to light and the ending made me well up just like it did when I was a kid; the sense of sacrifice and duty is strong throughout the books, but nowhere more recognisable than at the end of these pages. 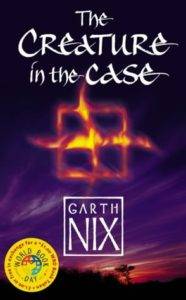 I very clearly recall reading The Creature in the Case back in 2005, a slim little book released specifically for World Book Day (which in my estimation, should be celebrated at least four times a year). After that, I fell out of touch with Garth Nix, but this time around I committed to do better with my re-read. Unfortunately, my copy of Creature is back on a bookshelf in Ireland and I’ve been waiting to go home and pick it up to enjoy it again. 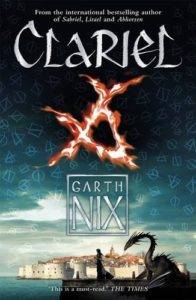 Once I was finished Abhorsen, I rode on through to Clariel. I did some reading on this and it seems many people didn’t enjoy Clariel’s story, but I think it was really interesting to go back in time and see what makes some people turn out differently to others. It was refreshing to live in the same world, but with all the nuances of a different time. I found lots of sympathy (and empathy) for Clariel and, relative to Sabriel and Lirael, she too did the best she could with the cards she was dealt, her mistakes only clear to her in hindsight. I liked that reality. 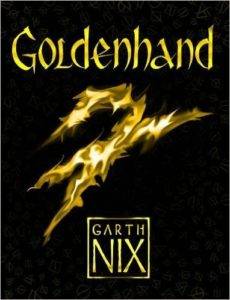 Garth Nix has a really pleasant narrative style- he yanks you right into the world without apology and his stories are full of strong forward momentum. Not one word was a labour to read- and it’s always nice to delve back into the childhood bookshelves.

I haven’t approached Goldenhand yet- I’ve bought it and keep picking it up, then putting it back down. It’s bittersweet- truthfully, now that I’ve fallen in love with Sabriel, Touchstone and Lirael all over again, I can’t bear to read through it so quickly and leave all of the characters in Ancelstierre all in the past again.