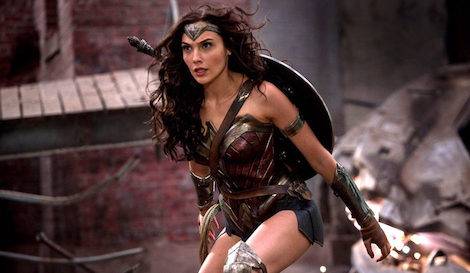 It wouldn’t be summer without a new superhero movie, and in June, comic book fans are finally getting a Wonder Woman Origin movie.

The movie shows how Diana, princess of Themyscira, became a superhero decades before she would return to help Batman and Superman defeat the bad guys in her cameo in Batman v. Superman: Dawn of Justice.

The Wonder Woman Origin movie draws on both the canon from the past and the New 52 in portraying Wonder Woman’s origin story, and the conflict she is drawn into is World War I, not World War II.

There’s a lot of pressure for Wonder Woman to perform well and please fans, as it’s the first female led modern superhero film. But in this trailer, Chris Pine, who plays Steve Trevor, steals every scene. Will this be the film that DC fans have waited for and pave the way for more superhero films with leading ladies? This summer, we’ll find out.

Find all of coverage on Wonder Woman Origin and other remakes here.