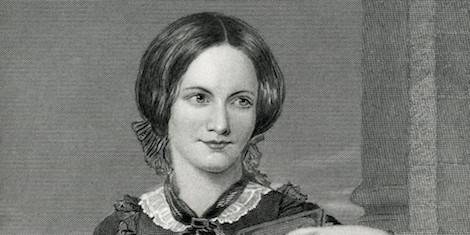 This is a guest post about the Brontës comes from Catherine Lowell. Lowell received her BA in English from Stanford University and currently lives in New York City. The Madwoman Upstairs is her first novel.

It may be Charlotte Brontë’s 201st birthday, but in the eyes of her fans, she doesn’t look a day over thirty.

After two centuries, we might ask ourselves: is there anything we don’t know about our favorite literary family? But the Brontë coffers are ones that always appear to be growing, providing fans with new insights into their daily lives and inspirations.

Here are some fun facts in celebration of Charlotte’s big day:

Charlotte had an Irish accent

It’s easy to think of Charlotte as having a crisp, English, BBC accent. But this is likely wrong. Of her arrival at school, Charlotte Brontë’s friend Mary Taylor commented, “She was very shy and nervous, and spoke with a strong Irish accent.” Charlotte’s father, Patrick, was from Northern Ireland. With limited companionship outside her family, it is natural to expect that young Charlotte would adopt her father’s accent.

Many of the Brontës’ characters were based on real people

Does art imitate life? In the case of the Brontës, probably. Rochester bears a striking resemblance to Charlotte’s own professor, Constantin Heger, for whom she harbored a passionate but unrequited love. Heathcliff, meanwhile, brings to mind Jack Sharp, the mean-spirited man who built the school where Emily taught. Anne Brontë modeled Arthur Huntington on her alcoholic brother, Branwell. In all the Brontë novels, we see parallels between the authors and their characters, particularly in the independent spirit of the women.

It seems cruel that the author of a world-famous romance should not write with passion about her real life partner, but so, it seemed, was the case with Charlotte. She received three proposals of marriage and accepted the last from Arthur Bell Nichols. Of their relationship, her words were less than enthusiastic:

“My destiny will not be brilliant, certainly, but Mr. Nicholls is conscientious, affectionate, pure in heart and life. He offers a most constant and tried attachment—I am very grateful to him.”

In a letter to Ellen Nussey in 1854, Charlotte wrote: “It is a strange and perilous thing for a woman to become a wife.”

Charlotte was four foot ten and had bad teeth

For someone of immense literary grandeur, Charlotte Brontë was the height of a ten year old child. She wasn’t known to be a great beauty; Elizabeth Gaskell described her as having “a reddish face, large mouth and many teeth gone; altogether plain.”

The Brontës were disciplinarians

In Agnes Grey, which bears heavy similarities to Anne Brontë’s life, Anne shows how teachers enforce good behavior among students. Normal disciplinary actions from Agnes range from shaking a student to physically holding a student down until he or she does the assignment correctly.

Having little patience with unruly students must have run in the family. One story describes a frustrated Emily telling her pupils that she preferred the school dog to them. Her outcry may have been due to stress— of the demands of Emily’s job, Charlotte once wrote, “This is slavery.”

On the surface, it seemed like Branwell was the Brontë most likely to succeed. As a man, he faced far fewer career obstacles than any of his sisters, whose only respectable life plan was to marry or become governesses.

But Branwell died young, from too much alcohol and drugs, squandering his talent and opportunities. Of his death, Charlotte wrote: “I do not weep from a sense of bereavement — there is no prop withdrawn, no consolation torn away, no dear companion lost — but for the wreck of talent, the ruin of promise, the untimely, dreary extinction of what might have been a burning and a shining light.”

Instead of Branwell, it was the underdogs who instead claimed the spotlight.

The right way to read the Brontës’ earliest writing is with a magnifying glass. Their earliest stories are books only a few inches long and wide, with mystifyingly tiny print.

The reason for the choice is still somewhat unclear. Was the strategy to hide their stories from family members who might disapprove? Was the need to write in miniature a reflection of some inner ‘madwoman’ waiting to be set free? Luckily, the size of the print didn’t diminish the scope of the tales within them.

Catherine Lowell is a writer living in Manhattan. Her novel, The Madwoman Upstairs (2016), is a mystery about the last descendant of the Brontë family.