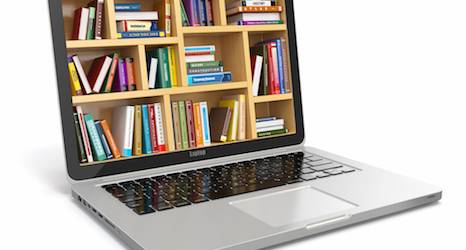 Book Riot is featuring ways to be a literary activist this week. See all the posts here.

I never thought of myself as an activist until someone called me one. After graduating from journalism school, I had done my best to cover stories that weren’t mainstream but needed to be heard. On Twitter I started being vocal about feminism, women’s rights and mental health issues. At the time, those things felt natural to me; I had studied journalism because I wanted to write, yes–but also because I had a very idealistic idea of the profession. I felt that if I was going to write, I needed to say valuable and important things that would make society better in some small way.

Recent political developments made me curious about how people change their minds. Or, perhaps more accurately: how can I, as a writer and activist, change people’s minds in a society that freely teaches sexism, racism, xenophobia, ableism, and a long list of problematic and oppressive behaviours? It’s probably easier to lock myself away from people who don’t actively work to destroy their implicit biases–and I don’t judge people who do because of their mental health–but the reality is that these people still vote, these people are vulnerable to scapegoating of people of colour, women, immigrants. So how can I change minds? How can I steer people towards kinder, more inclusive, and less self-involved politics?

Unfortunately, research shows that facts don’t change minds. Confirmation bias stops us from altering our already existent beliefs: our brains filter out information that doesn’t match what we think and throws it straight in the trash. Social scientist Tali Sharot argues that feelings and emotions are the best way to change people’s minds. However, when people discuss politics online, facts are the easiest and quickest way to “prove” someone wrong; with the internet, research findings for all kinds of things are at the tip of our fingers. All we have to do is Google, copy and paste link, add a snarky comment about how ignorant other people are and press send.

Thing is, chances are you’re not changing anyone’s minds at all with that method. I have previously written about Trump voters and Brené Brown’s work on shame and disengagement and how connection is the reason why humans are on this earth. I have always thought that reading can be a way to see someone else’s perspective, but I believe the connection between storytelling, emotions and changing minds is extremely important to emphasize in the current political climate.

The only label I have used consistently since I graduated high school is “writer”; feminist and activist came after that. Much of my work has been and still is published through social media and blogging, where I posted thoughts, political opinions and experiences. My most popular posts have something personal in it: when I wrote about mental illness, I put a lot of my own history in, described my own emotions, desperations–and the response was tremendous. People who had previously insisted that I just suck it up in regards to my depression and anxiety reached out to me to apologise, and say they had no idea that depression felt like that. When I wrote about marginalised people in Brazil, I made sure the stories of those people came through, that their humanity was present in the story. People who hadn’t believed things like racial profiling or police brutality were real reached out to me to say they were mistaken. While I’ve changed gears in terms of career, when I write I still try to apply the values of storytelling and connection in what I write.

Movements like #OwnVoices and #WeNeedDiverseBooks are absolutely about recognising the power of storytelling. Sure, I can, on an intellectual level, understand statistics about the daily dangers and oppression of trans people and be sympathetic to the point I will speak out against transphobia. But understanding those experiences in a humane, complex way is easier when trans people’s stories are available to be read widely–and the same goes for other marginalised identities.

Personal tellings of catcalling, for example, can change someone’s view on those subjects; perhaps when a woman recounts their fear and humiliation when receiving catcalls, a man will see the act in a different light that will translate into a change in his actions. Activists who are savvy to this type of mind-changing technique already use this method online. For example, Feminista Jones’s creation of the hashtag #YouOKSis encourages bystanders to intervene when they witness street harassment. If you search the hashtag on Twitter, there is a collection of street harassment and domestic violence stories told mostly by black women. This in itself makes harassment and violence against black women visible in a world where feminist discourse tends to focus on white women, even though intimate partner violence disproportionately affects black women. Storytelling is powerful and can change the focus of a movement, or at least help people see issues like domestic violence and street harassment in more complex and intersectional ways.

Storytelling also happens in our interpersonal relationships, on and offline. When we share a story with our loved ones, we are inevitably sharing our experiences, our perspectives of the world. When you have a connection with someone, they are more likely to listen to your story and take something away from it. I have experienced this shift in people since I started thinking about social justice and feminism in a more personal way. However, this method does take time; a change of mind happens incrementally, which can be a frustrating process to go through when changes in culture that lead to liberation are so urgently needed. It’s a slow process, but I often remind myself that growth takes time.

Perhaps this is one of the reasons why I like books so much; they help me see other perspectives. The right books can articulate social justice issues in ways that are complex and make you think. But if we look within activism and even our social circles, storytelling is such an essential part of how we communicate, create communities and effect change. Facts and figures are, of course, important. But as Tali Sharot argues, facts and figures must come accompanied with appeals to emotion, that makes people feel connected in a way that hard facts simply doesn’t. Storytelling fills that gap and I hope it will always be a tool used by social justice activists.