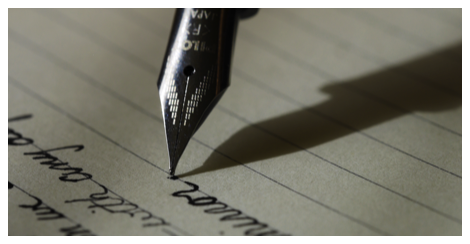 Since 2006, Lan Samantha Chang has been the director of the Iowa Writers’ Workshop. This was more than noteworthy at the time, not only because Chang was the first person of color to be awarded this coveted position, but because she was also the first woman to sit in that seat.

Those of us who’ve followed the output of the Workshop since before her tenure were excited to see this change and wondered what it would mean both in the short and long term. This program, which is consistently ranked as the top MFA program in the country, has had a reputation for not being the most welcoming place for women and minorities. Sandra Cisneros pulled no punches in her interview with WNYC: I Hate the Iowa Writers’ Workshop.

Chang has been open about the fact that she’s worked to bring in a more diverse group of grad students, and according to those who track these sorts of things, her efforts have been a success.

But is bringing in more diverse students enough? The Root is on record years ago saying, “If we want diverse books, we need diverse MFA programs” but does it really work that way? Did Chang’s efforts to diversify the students admitted to her program result in an influx of books published by women and authors of color who’d graduated from the Workshop?

I spent much more time than is healthy tracking down as much information as I could. I settled on reviewing works of fiction written by graduates of the Workshop and published within the last five years.

The numbers were better and worse than I’d hoped

Out of the 125 published novels or short story collections I identified, 56 of them were written by women. That comes out to just under 45%, which is pretty damn close to being acceptable.

Unfortunately, the news for authors of color wasn’t so rosy: Only 13 of those 125 novels or short story collections were written by authors of color – which is just barely 10% and unacceptable by pretty much any metric.

What do these numbers really tell us though? Absent a metric to compare them to – for example, similar stats from the previous decade – are these numbers meaningless? In this reader’s opinion, no, they’re not.

While we can’t say with confidence that the work Chang has done to diversify the Workshop has domino-effected the world of publishing overall, we do have specific examples of people who’ve benefited from her diverse priorities, like Justin Torres, queer, Hispanic author of We the Animals, who is clear that his postgraduate experience in creative writing had a hugely positive impact on his career.

There is work to be done – lots of work – and that work, of course, needs to be done by a host of people, from directors of MFA programs to publishing houses to book reviewers to the average buyers and readers of books. My hope is that as each part of this puzzle becomes more self-aware, and the demand for diverse books continues to increase, sometime in the hopefully nearish future no one will feel compelled to pore over years of outdated press releases to mash together diversity statistics for the Workshop. But, if they do, at least we now have a metric to compare them to. You’re welcome, future person!