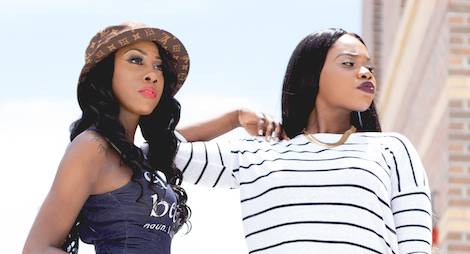 Here at Book Riot, we regularly discuss the importance of feminism in romance. Those posts and conversations made me wonder how many of the romance novels I read pass what’s called the Bechdel-Wallace test. Inspired by a 1985 comic that cartoonist Alison Bechdel based on an idea from her friend Liz Wallace, the test is a measure of the representation of women that’s usually applied to films, but I find it works pretty well with books too. It’s not perfect, but it’s pretty simple. To pass the test, your movie/book:

Sounds like a pretty low bar, right? It is. And yet, there’s so much failing. Happily, I found that most of the romance that I read passed with flying colors. Here are three books I’ve read so far in 2017 that cleared the bar along with my thoughts on whether they had enough other good qualities to warrant a read. 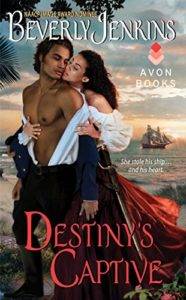 Believe it or not, to say that the heroine of Destiny’s Captive is a pirate is to sell her a little bit short. It’s true – and it’s awesome – that Pilar is stealing ships and sailing the seas, but she’s even more badass than that. The book is set in the 1880s, and Pilar is one of the Cuban rebels fighting for independence from Spain. Beverly Jenkins always does a fantastic job of both writing interesting, multi-dimensional women, and she also does her homework, so you can get a lesson in history along with your feminist romance. All that and sword fighting too.

Verdict: Buy because it will make your history shelf much more interesting. 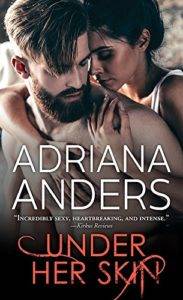 Under Her Skin by Adriana Anders

On first glance, Under Her Skin looks like a traditional damsel-in-distress book. After fleeing an abusive relationship, Uma is admittedly in some pretty serious distress. But her story is really about how she works to find a way to take back control of her own life. She has the support of others, including a doctor and a self-defense instructor, and she slowly builds a relationship with the man who lives next door. The heart of the story though, is the way that Uma works to find the strength to set the terms of her own recovery and life, from her finances to her sex life. That Uma feels so real as a character is a big part of what I found so engaging about Under Her Skin.

Verdict: Borrow. Under Her Skin is great, but it’s intense. You’re probably not going to need to read it twice. 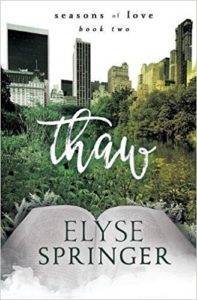 Given that both of the central characters in Thaw are women, the book pretty much automatically passes the Bechdel-Wallace test. That said, Thaw demonstrates why feminism in fiction and entertainment isn’t about the absence of men, but rather the nuanced representation of interesting women. Both Abby and Gabrielle have lives and jobs that are important to them, and as fully-formed characters, they have to navigate the relationship realities that keep them from fitting perfectly and immediately together. Abby is also asexual, and ace characters are under-represented in romance. Springer gives her characters a lot of dimension, and for me that made Thaw a page-turner.

Verdict: Buy, read, and then lend to all of your friends.