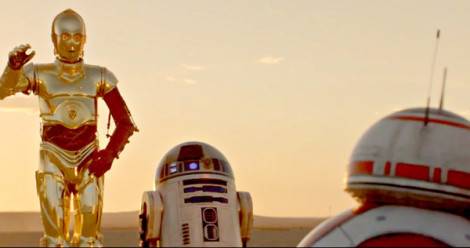 Spoilers for S3 of Rebels

While Marvel’s comics division has certainly made some major tactical errors lately, their Star Wars comic universe has remained consistently in the range of decent to phenomenal (except for the main title’s recent Yoda arc. That was like watching paint dry).

Comics are a fantastic medium in which to expand a galaxy long ago and far away because comics are, essentially, limitless. No physics to speak of, art constrained only by the human imagination, and the time and space to really explore a character’s psyche, nuances, and motivations (think of comic vs novel as an analog to TV vs feature film).

While the possibilities are endless, I have some nominees I’d love to see to join Phasma, Han, Lando, Leia, Vader, Aphra, and Kanan as titular characters in future Star Wars books (no particular order). Ready?

Kallus (Star Wars: Rebels): Formerly an agent of the Imperial Security Bureau, an unintended collaboration with rebel Zeb Orrelious changed Kallus’ mindset and his loyalties. Always more flexible and introspective than the average Imperial, Kallus has been a fan favorite despite being a villain and I, as one of those fans, would love to know more about the circumstances which created the man who, after years of loyal service to the Empire, would choose to become a rebel spy. In my head, the first arc of the book would be in the same vein as Kanan: The Last Padawan, covering Kallus’ teenage and young adult years with a second filling in the gap between seasons 2 and 3 of Star Wars: Rebels, allowing us watch over Kallus’ shoulder as he steps into the role of Fulcrum. 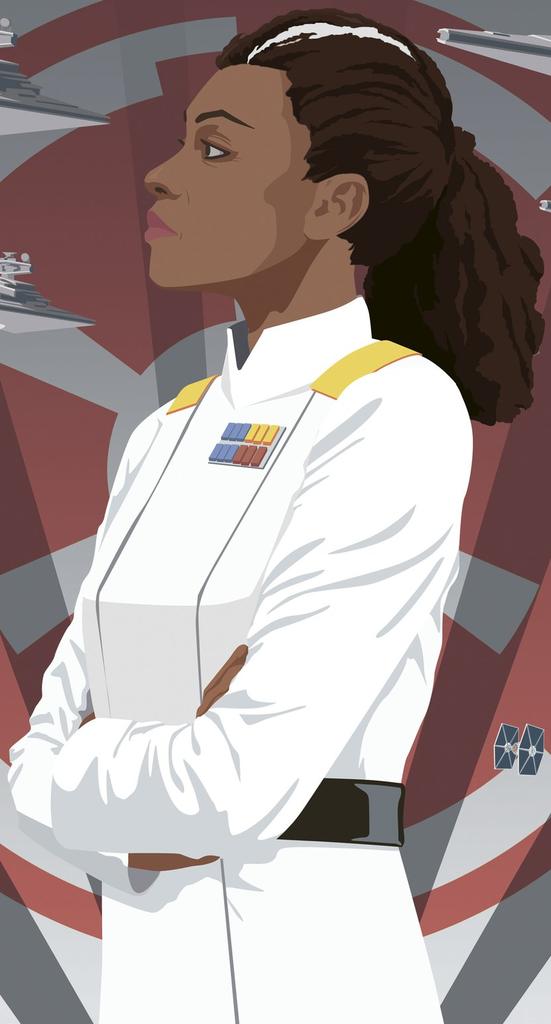 Grand Admiral Rae Sloane was instrumental in the (albeit temporary) survival of the Empire after the Battle of Endor, refusing to give up the drive toward galactic order even as the Rebellion, against all odds, defeated Palpatine’s monolith. Her loyalty is absolute and unswerving; even as the Empire crumbled in her hands, Sloane was willing to die for the distant possibility of salvaging something, anything, of it. The reader in me really wants to know why. Sloane made an appearance in Kanan: The Last Padawan and so, has an established presence in the Star Wars comic universe; why not take the opportunity to expand her role by giving her a book of her own?

We know Hera comes from a family of rebels. We know she defied that same family to become a pilot. We know she rose through the ranks of the Rebellion to become commander of Phoenix Squadron, and, ultimately, the “General Syndulla” present on Yavin when Jyn and Cassian are planning their mission to Scarif. There are swaths of her history which haven’t been explored, however: when and how did Hera became a rebel? Establish her independent cell? Where did she and Kanan go after the events of A New Dawn? How did they meet Sabine Wren and Zeb Orrelios? How did a crew become a family under her gentle guidance and kick-ass tactical skills? What convinced her to keep Chopper around? How did she hook up with Bail Organa and Fulcrum? What made them trust her enough to make her part of the Rebellion’s inner circle? So many stories to tell, only so much room in the novels. Give the T’wilek a nice, long, comic run, damn it! 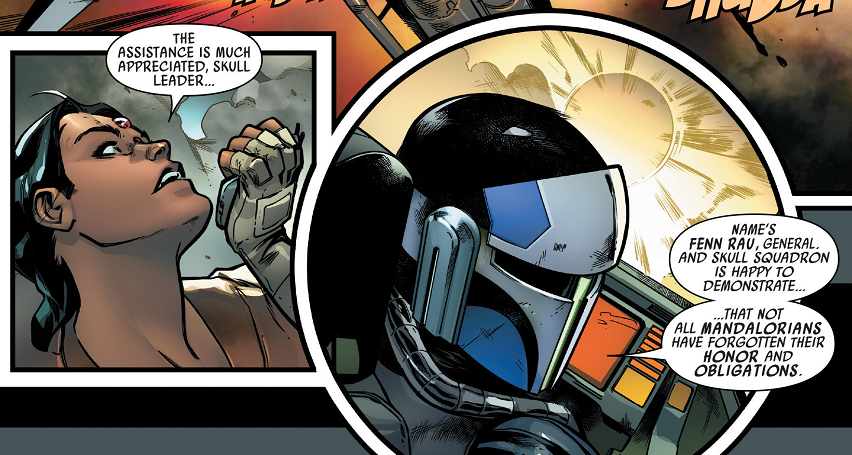 Leader of the Mandalorian Skull Squadron, Fenn Rau fought on the side of the Republic during the Clone Wars, saving Master Deepa Bilaba and her padawan, Caleb Dume (who became Kanan Jarrus after surviving Order 66), during the Third Battle of Mygeedo. Sensing a shift in the wind after the fall of the Republic, Rau sided with the Empire and was made protector of the Mandalorian colony Concord Dawn. What induced this man of “honor and obligation” to betray his principals? We’re not entirely sure. Rau has since joined the Rebellion, which would indicate he was never truly loyal to the Empire so why the deal? Was it to protect Mandalore? His clan? Was it a long con? So many possibilities… Like Kallus, Fenn Rau would need at least two separate arcs: one covering the years between The Clone Wars and Rebels and one covering the year during which he was a rebel prisoner.

We know Breha Organa was Queen of Alderaan (and apparently Minister of Education), that Senator Bail Organa was her Royal Consort (yes, he took her name. She was the royal one, after all), and she backed Bail’s involvement in the Rebellion (Breha was probably involved as well). We know she was Leia Organa’s adoptive mother, which suggests Breha must have been a very remarkable woman indeed. Beyond that? Nothing. Unacceptable. Give it to us, Marvel.

Brilliant and politically adept, Satine Kryze was Duchess of Mandalore during the Clone Wars. The pacifist Duchess of Mandalore during the Clone Wars. Yes, you read that right. Pacifist. Mandalorian (we’re talking about the culture which spawned not only Fenn Rau but also Jango Fett, genetic progenitor of every single clone trooper and a certain Boba Fett, who really liked shooting people for money or just because). Satine’s refusal to engage in war for the sake of glory went against central tenants of Mandalorian culture and lead to a civil war, out of which the Jedi simply couldn’t keep their grubby paws (in fairness, Satine asked for intervention). The Order sent Master Qui-Gon Jinn and his then padawan, Obi-Wan Kenobi, to assist. Any Star Wars fan who has ever watched The Clone Wars is dying to know exactly what went down between Sateen and Obi Wan so that, in and of itself, is probably worthy of an arc (one of a million fan theories about Rey’s origin is that she’s Obi-Wan’s granddaughter by way of a “secret” child he had with Satine). More than that, however, we have a woman who believes so deeply in peace she risks her life time and again to bring it to a people who have been bred for war. She sees something more in them which is why I’d love to see more of her (and okay, the Obi-Wan thing too). 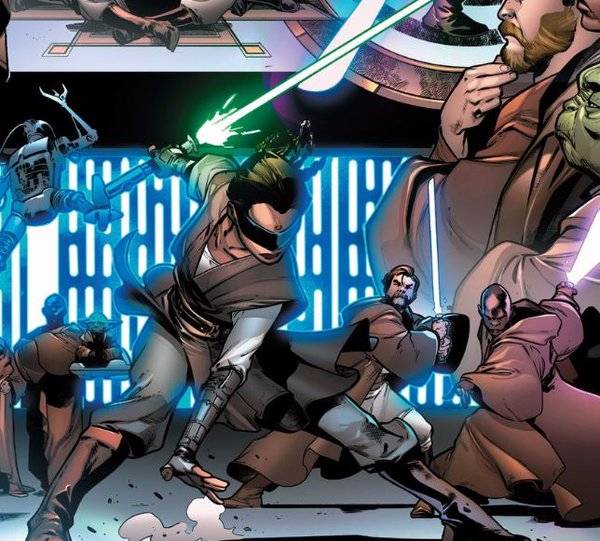 The new canon has changed the way I view the Jedi and while they are no longer the perfect protectors about whom Ben Kenobi waxed poetic in the original trilogy, they are far more nuanced, and far more interesting, for having been roughed up a bit by time and decent writers. Billaba lost 90% of her squadron during a Clone Wars battle with General Grievous and was herself seriously injured; she was either in a coma for six months or kept in a coma for six months (differently versions of the story can be interpreted in different ways). After her physical recovery, Deepa is accepted back into the Jedi ranks and sent back into the field as a general and master to Caleb Dume, but she remains deeply troubled and somewhat odd for a Jedi Master. While her troops are loyal, many of her colleagues view her somewhat askance and Dume is the only one willing to accept her as a master. All of which makes her fascinating to me. Details of her early years are sketchy: she was rescued from the space pirates who killed her parents, and trained, by Mace Windu. End of backstory. But what effect did seeing her parents killed have on Depa? Or being trained by someone as mercurial as Windu? Did her memories influence her during the battle with Grievous? How does she remember the battle with Grievous? Why is she still willing to fight? Is she truly or does she do it out of a sense of obligation? Layers upon layers, essentially none of which has been plumbed. They should be.

We know what Mon Mothma did. We know she inspired incredible loyalty in such luminaries as Leia Organa, Admiral Akbar, Hera Syndulla, and Bail Organa. We don’t, however, know who she is. What motivated her? What events transpired to create her? Every time she pops up in a Star Wars property, I’m curioser and curioser.

Sinjir is an ex-Imperial Loyalty Officer who surrendered to a bounty hunter after the Battle of Endor. He is also the first canonically gay protagonist in the franchise (there are other new canon LGBTQI+ characters but he is the first main character). Which, frankly, in 2015 shouldn’t have been a thing but of course it was and the majority of us were very glad to have met him because it was about damn time. Sinjir is the most unique of the Aftermath bunch and definitely has the most personality: he’s sarcastic, doesn’t take orders well, lacks any respect for authority, has a difficult time not saying exactly what he’s thinking, and, as much as he tries to deny it, Sinjir Rath Velus has a heart. All of this conspires to make me wonder: how did he survive being an Imperial? Those far more adherent to the mold end up force choked but Sinjir comes out the other side. You know there’s a story there. One I have got to read. 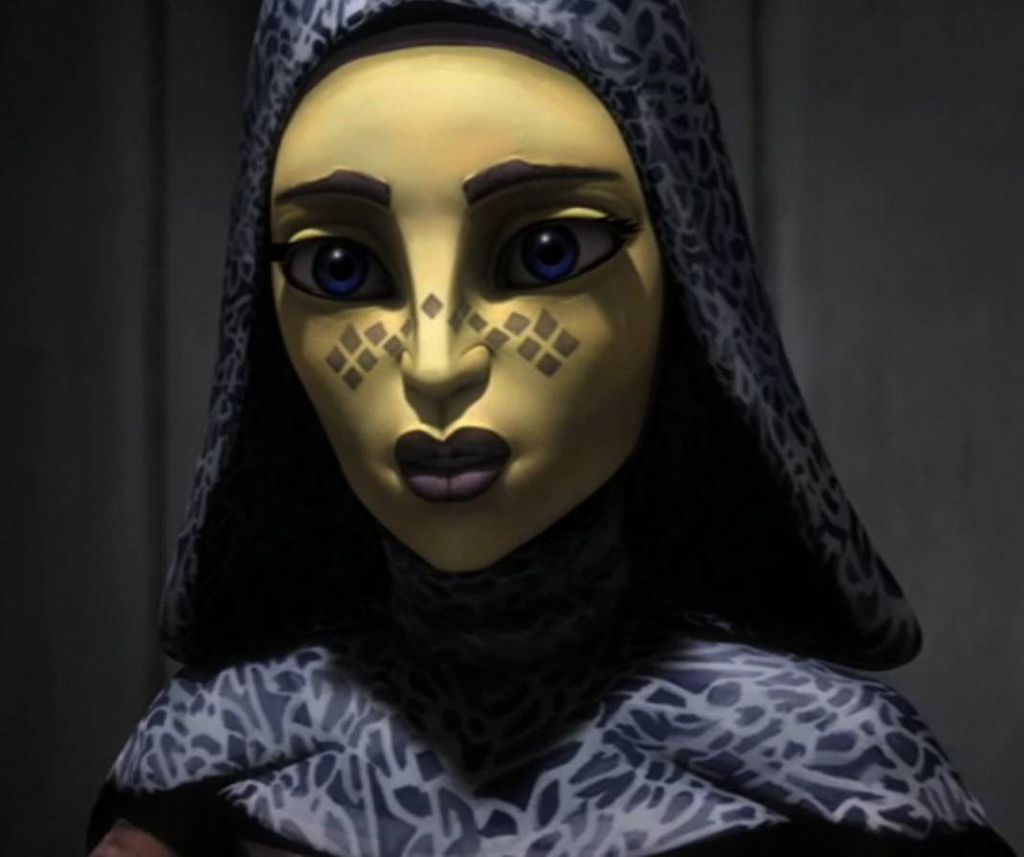 Barriss Offee (Attack of the Clones, The Clone Wars):

Barriss Offee is one of the great villains of The Clone Wars, orchestrating a bombing of the Jedi Temple on Coruscant and framing her friend, Ahsoka Tano. Ahsoka flees the Temple and, betrayed by the Jedi Council’s lack of trust, rejects her eventual reinstatement. Without Ashoka to anchor him, Anakin Skywalker begins the last stages of his slide into the Darkness. So really, the whole mess could be seen as Barriss Offee’s fault. But it isn’t. Not really. Like so many others in the saga, Barriss is doing what she feels is right; exposing the corruption in the Jedi Order, reminding the warriors they were intended to be peacemakers and not generals, trying to lead them back to the path of neutrality and wisdom. While her tactical logic is doubtlessly faulty, her intensions are solid. Moral ambiguity makes for the best characters and Barriss offers it in spades. I also think tracing the ripple effect of her actions would make for a fascinating read.

Well, there you have it. My top ten. Also recommended by fellow Star Wars geeks with whom I spoke: Grand Moff Tarkin, young Count Dooku, and How the Max Rebo Band Got Together.

Who did I forget? Which characters would you like to see lead a Star Wars comic? Let us know in the comments.

And May the Fourth be with you, my friends. Always.