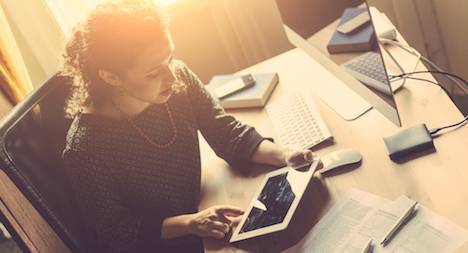 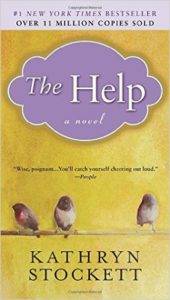 For reasons that are unclear to me, a few weeks back my review of Kathryn Stockett’s The Help started getting quite a few “likes” on Goodreads. I haven’t thought about that book in years and so went back to see what I’d written way back in the summer of 2010. At the time, I considered myself reasonably well informed about American history and the American south. And yet…

And yet, reading this review now is cringe-inducing.

I gave The Help five stars and raved about how Stockett managed to get me to set aside my skepticism that a white woman could write about the inner-lives of women across the racial and economic spectrum. Apparently, I didn’t think it worth noting that the novel relies heavily on a white savior and the “magical negro” trope. This happy, everyone working together version of the American South and the Civil Rights Movement charmed me. And of course it did, I could imagine myself in the role of white savior, Skeeter, rather than in the role of the cruel, racist women who employ domestic help. Many people, much smarter than me, have written about why The Help is a problematic novel and movie (even if the latter did net Ocatvia Spencer an Oscar).

Thankfully, in the last seven years I’ve grown a lot and learned a lot. While I wont make any claims to some special level of white lady wokeness, I know that I was wrong about The Help in my initial review. I hate that it’s up there telling people to set aside their hesitation and jump into this book that’ll make you feel good. In 2010, when I was still very, very early in my development as an ally and activist, I hadn’t considered what it meant to set aside skepticism in favor of a pleasant story that affirms my identity implicitly at the expense of the identity of others.

Although I hate that my review of The Help is still up and still saying things I no longer think or feel about that book, I’ve decided not to remove the review. Instead, I’ve decided to update the review and the star rating in much the same way that a newspaper, magazine, or blog issues a correction. I’ll note the change in my thinking and outline a few of the issues I’ve mentioned here. That feels honest about the limitations and development of my own thinking and a way to correct a review that does a disservice to people looking for a good, respectful read.

These concerns about The Help review got me going back and looking through all my Goodreads reviews. There are several I’d like to revise now. Happily, none others that are as complicated as The Help. The other changes I want to make mostly deal with books that, over time, I’ve grown to love. Perhaps the most striking example is Alexander Maksik book Shelter in Place. Apparently, when I read it in early October it only struck me as a 3-star book. By December, it was my pick for a group post on “Our Favorite Under-the-Radar Books Published in 2016.”

In this case, I’ve decided not to make any changes to my Goodreads review or the star rating. In part, this is a product of not feeling embarrassed about what I’d written and so I don’t feel like I need to wave my hands around and be like “look away from this thing, I know better now!” In part, and perhaps a lot more boring, I simply can’t take on revising reviews as a read more and more books. When I write my Goodreads review it’s almost always as soon as I finish a book and is narrowly focused on the book. While I might mention other titles that are “read alikes,” I don’t usually consider ratings as a form of ranking. In the moment, Shelter in Place was a 3-star book but over time it’s risen in my own, internal ranking of books to be one of the best of 2016.

I’d be curious to know how you all approach revising reviews? Do you ever go back and look at what you wrote on Goodreads and cringe?