When I read nonfiction, I tend to gravitate towards nonfiction about women who defied the odds. As infuriating as these books can sometimes be – just treat women as equals! – they’re equally inspiring, especially under an administration that likes to pretend that women don’t make up over half the population.

While sometimes this comes in the form of narrative nonfiction (The Radium Girls is a must-read!), the easiest way to get my nonfiction fix is through memoirs of women who survived the potential crush of male-dominated industries. These three memoirs focus on women reflecting on their experiences in male-dominated industries – whether or not those experiences turned out for the best. 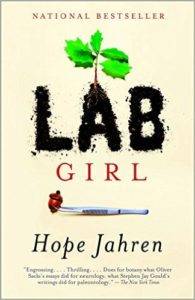 
For those on a budget, Lab Girl by Hope Jahren just came out in paperback. This one is a favorite among Rioters (and comes highly recommended by many of my favorite authors, including Victoria Schwab), so you’ve likely seen it on the site before – but if you haven’t picked it up yet, I’m not sure what you’re waiting for.

Jahren is a scientist – she studies trees, flowers, seeds, and soil – and while she discusses plant life in detail, Jahren also reflects on her personal life, including anecdotes about her childhood and how she fell into science, as well as her relationship with her lab partner. 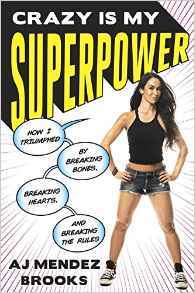 While Mendez-Brooks does talk about her professional wrestling career, she focuses more on her childhood and her family, and the bipolar disorder she learned to manage to achieve her dreams. I’ve talked at length about the inspiration that can be pulled from her story, but it’s definitely worth a peek for memoir readers, even if you’re not a fan of professional wrestling. 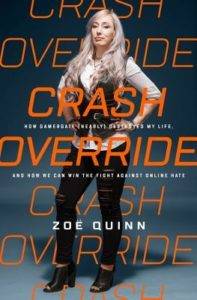 Crash Override: How Gamergate (Nearly) Destroyed My Life, and How We Can Win the Fight Against Online Hate by Zoe Quinn


If you want something to pre-order, Zoe Quinn’s upcoming memoir is a must-read for anybody exposed to #Gamergate over the past few years. As she worked as an independent video game designer, Quinn’s abusive ex doxxed her and sent hordes after her, forcing her to move multiple times for her own safety – despite those hordes coming from the consumer base of the industry she’d dedicated her career to. It looks like it may take a similar approach to Jon Ronson’s So You’ve Been Publicly Shamed, with her own personal narrative woven through, but I can’t wait to see what Quinn has to say.

What are some of your favorite memoirs of women in male-dominated industries? Let me know!