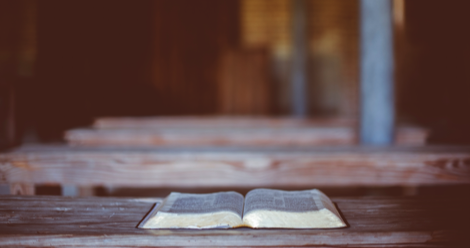 I spent most of my life afraid of Octavia Butler.

A 1988 copy of Kindred sat on my bookshelf for years. It traveled across the country with me. Twice. Actually, I’ve had two copies; I traded in the one I had when I found an older version with a more interesting cover.

I sort of knew what it was about. Something involving a black woman from the present traveling back to the Antebellum United States. I knew it wasn’t happy.

I’d heard it was brutal.

In the meantime, I continued to collect the Complete Works of Octavia. I found a first edition mass market paperback copy of Parable of the Sower at a shop in Dupont Circle. The bookseller there was excited and told me to hold onto it because of how rare they were to find. I found a hardcover Xenogenesis omnibus at the same place a few months later. I took advantage of the deal when Seed to Harvest was available as a bundle on Kindle.

And yet, I continued to not read them.

I’ll be the first to admit that I have never developed a reading plan, even though I have amassed hundreds of unread books over the course of two Masters Degree programs, six jobs, and three time zones. I have let my inclinations guide me across my shelves, until very recently. Just last year, after a particularly fun TBR reorganization project, I made the decision to read my shelves left to right. That plan slowly devolved, and eventually I allowed myself to go back to picking and choosing, but in a more deliberate order. By July I’d hit upon Kindred, and I knew I had to suck it in and just open the damn book.

Why hadn’t I before? Like I said: I was afraid.

Afraid of being completely wrung apart by Butler’s story. Afraid of not liking it; afraid of it not living up to the hype. I was afraid of getting lost in a narrative that would make me hate everyone, but I was also afraid of the possibility that I wouldn’t be a fan of Butler’s writing style and would DNF before I even got to the part in the 19th century.

I sat. I read it. All the way fucking through. I turned the last page, looking for more. I cried.

I still wasn’t sure how I felt, but it would be nearly a year before I could bring myself to pick up another one of her works.

Parable of the Sower was one of those titles that has always been lauded as a masterwork of speculative fiction, but its name has been tossed around even more recently, because of the current political situation.

I have a different copy of Parable of the Sower now; I couldn’t hold the mass market copy, so I bought the Four Walls Eight Windows First Edition trade paperback copy I found in another used bookstore, this time on the opposite side of the country, which would be less aggravating to my carpal tunnel.

At least that’s what I told myself as that mass market continued to sit upon my shelves.

But eventually, I tried that TBR A-Z project again, and this time, I would only be reading a few titles in each alphabetical section. This time around, when it was time for the Bs, I skipped over Baldwin and went straight for the Butler.

Just as with Kindred, I sat. I read.

Within pages, I could see the steps that could be made in our existence that could lead to Lauren’s world. The universe in which they lived was only years from our own, and only a few steps to the side could put us on the path to such a world.

With Parable of the Sower, I am having the opposite experience than I did with Kindred. Kindred could not tell me enough of the story; Sower is too much. I will admit to you that I am still working on it—I’ve probably read five or six “fun” books since I started this one, and I haven’t even made it to page 100 yet.

But the few pages that I manage to take in at a time? Boy do they make me fear.

The fear of each new Butler experience will probably not go away, even as I make my way through the varying texts already in my possession. But I will keep going, inspired by Lauren Olamina and the other women born of her creator.