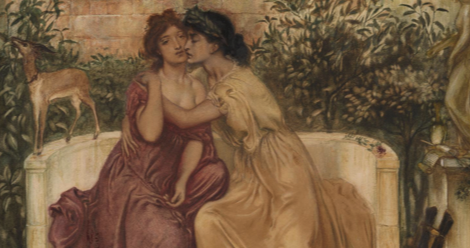 Recently, I’ve been on a bit of a research binge on the topic of queer women books, and I’ve been alternately delighted and annoyed to uncover sapphic* books and stories throughout history that I’ve never heard of. Lesbian and bi women books are my passion, and I’ve been actively seeking them out for many years now, so it’s frustrating that there is still groundbreaking queer literature that I haven’t encountered until recently. I have a lot more to learn about lesbian and bi books, but I wanted to share some of the things I’ve been uncovering. 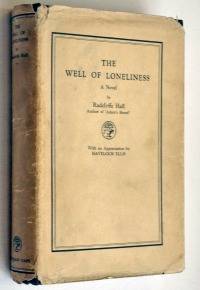 The Well of Loneliness by Radclyffe Hall is well-known in lesbian literary circles, and is often credited as the first lesbian novel. It does play an important part in sapphic lit, but it is often talked about it in a way that erases the other works that came before it. For one thing, several lesbian novels had been published in French before The Well of Loneliness. In addition, sapphic poetry didn’t end with Sappho: it has a long tradition, including Wu Tsao’s poetry in China in the 1800s, which preceded Hall’s novel by centuries. Here are a few more sapphic works that were written before 1928: 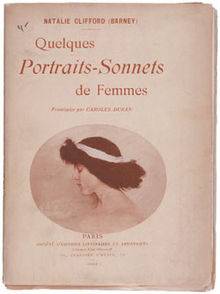 Paris was the place to be as a literary queer woman in the 1900s-1920s. Natalie Clifford Barney was hosting her literary salons, which mixed famous authors with lesbian socialites. She wrote these love poems to women knowing that would be scandalous, and in fact considered scandal “the best way of getting rid of nuisances” (attention from men). 500 copies were published, which included illustrations by Barney’s mother, who was unaware that the women she was painting were Barney’s lovers. When word got out in newspapers about the content of the book, Barney’s father bought up the remaining copies and burned them. 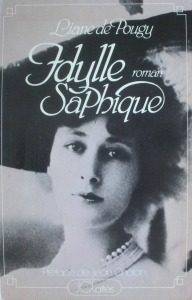 As far as I can tell (though I have a lot more research to do), this is the first sapphic novel ever published. Liane de Pougy was “one of Paris’s most beautiful and notorious courtesans.” I’m going to quote the Wikipedia description of her meeting Natalie Clifford Barney, because it’s just too good:

“In 1899, after seeing de Pougy at a dance hall in Paris, Barney presented herself at de Pougy’s residence in a page costume and announced that she was a ‘page of love’ sent by Sappho. Although de Pougy was one of the most famous women in France at the time, constantly sought after by wealthy and titled men, Barney’s audacity charmed and seduced her.”

They went on to have a passionate relationship, which ended because Barney insisted on trying to “save” de Pougy from being a courtesan. They remained close after their relationship ended, and they both ended up writing thinly-fictionalized accounts of their relationship. Barney’s, titled  Lettres à une Connue (Letters to a Woman I Have Known), never found a publisher, and she later denounced it as unskilled. de Pougy’s was a big success, though, reprinted 69 times in its first year of publication. de Pougy’s biographer, Jean Chalon, argues “the content of Idylle Saphique is essentially a condemnation of the love of men,” though it’s also been interpreted as painting lesbianism as morbid. Unfortunately, although her memoirs were published in English in 1979, Idylle Saphique appears to have never been published in English! This is the first sapphic novel published, and no one has bothered to publish a translation. 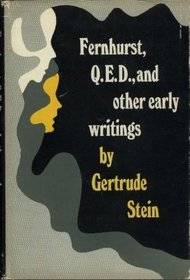 It may initially seem surprising that Gertrude Stein wrote a sapphic book in English before The Well of Loneliness, considering that it doesn’t get a lot of attention in lesbian lit history. That’s because although this was written in 1903, it wasn’t actually published until 1950. This is another thinly-fictionalized account of a relationship, this time a love triangle between three women. Stein would go on to publish more explicitly lesbian work, like “Miss Furr and Miss Skeene” in 1922, but Q.E.D. was suppressed by the author and only published after her death, with the title Things As They Are. 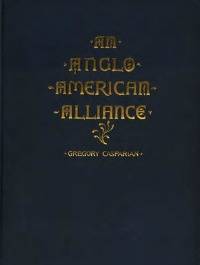 4. 1906: An Anglo-American Alliance by Gregory Casparian

The first lesbian science fiction novel! This may, at first, seem to just be a continuation of the “romantic friendship”/Boston marriages tradition (though who’s to say how those women would identity as if they were around today), but at some point, it stretches the limit of even what a romantic “friendship” can encompass. The two women realize that their relationship with each other is passionate enough that it is frowned on, so they have to hide it from others. They refuse any relationships with men. The Gizmodo article that brought this book to my attention describes how their parting only solidifies their romantic relationship:

Aurora and Margaret are on the verge of graduating from the Seminary, which will mean their separation, a prospect which both loathes. So they make “a solemn compact, bound by an inviolable oath, not to make any alliance with any suitor whatever and to remain united to each other in souls until death should them part.” Aurora goes further, and in a “fatuous ardor of love” writes “an impromptu poem of fealty, entitled ‘Wilt Thou Remember Thy Vow?’ It revealed the intensity of their emotions, their utter subjugation and mutual abandonment of will and desire each to the other….”

The good news is, they end up together at the end of the book. The bad news is, it’s because one of the women goes through a “mental and physical metamorphosis” through magical means to become a man. The best news: you can read it for free online, though the Gizmodo article warns about a lot of racism in the text. 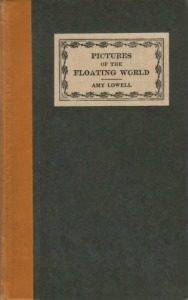 I’m not sure why so much sapphic poetry was published prior to 1950 and it’s not talked about. Maybe it’s because poetry doesn’t have as wide a readership. Maybe it’s because it doesn’t reveal its subject matter as plainly as novels do, so people missed the queer content. In any case, I have not encountered Amy Lowell’s poetry before doing this research, even though this collection contains love poetry to another woman, and that astonishes me. Her relationship with Ada Russell is often called a “Boston marriage,” but here is her poem celebrating their 10 year anniversary:

WHEN you came, you were like red wine and honey,
And the taste of you burnt my mouth with its

Now you are like morning bread,
Smooth and pleasant.

I hardly taste you at all for I know your savour,
But I am completely nourished.

Lowell wrote poetry about women previous to this collection, but she stopped disguising it in this one. This is another book that you can read in its entirety online! The section “Planes of Personality: Two Speak Together” is about her relationship with Russell. My favorite line is “I am tired, Beloved, of chafing my heart against / The want of you.” 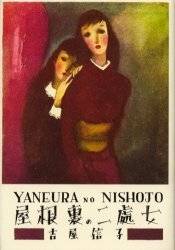 6. 1920: Yaneura no nishojo (Two Virgins in the Attic) by Nobuko Yoshiya

Here’s another name I’m annoyed to not have already known about! Nobuko Yoshiya is basically the pioneer of the Class S genre in Japan, which involves strong bonds between schoolgirls, often dismissed as childish and immature:–not “true” romance or sexuality. Yoshiya wrote tons of these stories, which became influential on Shojo manga. She was prolific, popular, and so became one of the wealthiest people in Japan at the time. She was also a lesbian herself, and her and her partner, Monma Chiyo, were together for 50 years. They lived together, and because they couldn’t get married, Yoshiya legally adopted Monma to ensure they had rights as a family unit.

Yaneura no nishojo differs from her other work in that it focuses on a relationship between two women older than the schoolgirls featured in Class S stories. It also ends with the two women moving out of their dormitory and staying a couple, challenging the idea that love between women is only acceptable between school-aged girls, as a stage before adult heterosexuality. 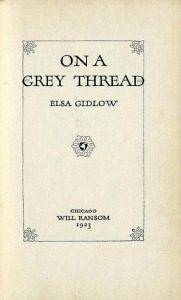 It’s amazing that 5 years before WoL made its public appearance, Elsa Gidlow was publishing openly lesbian poetry in the US. Her poetry seems to have gone completely under the radar, despite being the first book of lesbian poetry published in the US. Gidlow is quoted as saying that the publisher never commented on the fact that all the love poetry was addressed to women, “nor did anyone else at the time”. While Gidlow might not have been noticed as being groundbreaking when published, she deserves a spot in queer literary history now, for writing utterly unapologetically about love between women:

I brush the rouge from her cheeks,
Clean the black kohl from the rims
Of her eyes; loose her hair;
Uncover the glimmering, shy limbs.

I break wild roses, scatter them over her.
The thorns between us sting like love’s pain.
Her flesh, bitter and salt to my tongue,
I taste with endless kisses and taste again.

At dawn I leave her
Asleep in my wakening garden.
(For what was done there
I ask no man pardon.)

These are just a few of the authors and titles I have uncovered in my research, but I keep discovering more. (I’ve excluded letter and journals in this list, or else, of course, Anne Lister would have been included!) If you know of more lesbian and bi books that feature women-loving-women and were written before 1928, let me know!

* Sapphic: pertaining to women who love women. Why am I using the word “sapphic”? Because applying modern identity labels to historical figures is tricky, and because with many of these people, it’s impossible for us to know whether they were exclusively attracted to women. Plus, of course, it’s just too fitting to reference the queen, the icon, the origin of sapphic lit herself, Sappho.

(whispers) Do you like this sort of thing? I’m posting lots like it on my Patreon while I research the Lesbian Literature 101 series! Patrons not only support the LesLit101 project, but also get entered in monthly queer women book giveaways.