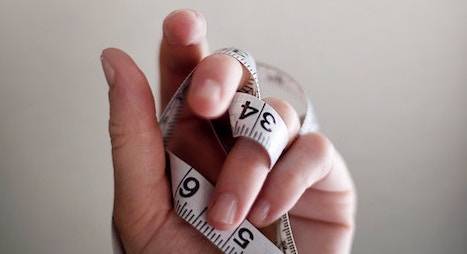 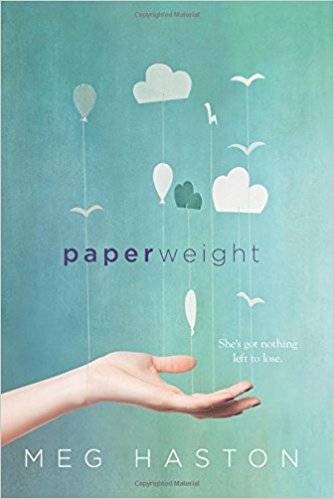 You know when you’re reading a book and it feels like the author has stolen your diary? That’s what Paperweight by Meg Haston was for me.

The majority of books that I’ve read that tackle the touchy subject of eating disorders have left me extremely uncomfortable and triggered. A lot of times authors just cover the body aspect, but it’s so much more than just obsessing over numbers, be it in terms of dress sizes, calories, or miles you’ve run. Sometimes it’s about control. Maybe perfectionism. It’s also biological. And it’s different for everyone.

I spent a cumulative three years of my life in hospitals and treatment centers in various parts of the country for my eating disorder. I had the hardest time finding a book that left me feeling validated and understood, as well as hopeful for my continued recovery.

I don’t know if I’ve ever identified with a literary character more than Stevie, the main character in Paperweight. Her disordered and sometimes horribly judgmental thoughts almost exactly mirrored mine. The effect her illness had on her family was dead on. Her refusal to get help was a blast from the past. And it also has the most accurate portrayal of a treatment center that I’ve read. I think there’s this perception that psych wards and hospitals are essentially “nut houses,” which is a phrase I’ve actually seen used. There’s yelling and chaos and the people you meet are creepy and violent.

Here’s what actually happens:
You cry. A lot. Over something as “simple” as Fritos. (Guilty.)
You play silly, distracting games during meals.
You flip off your dietitian as soon you leave their office.
You write more personal essays than you did while applying for college.
You make inappropriate jokes with your friends and get non-compliances.
You break three stress balls during Family Week.
You meet the most incredibly amazing people who think just like you…

…And if you put in the hard work—you get better.

Even though I was over 18 at the time of my first hospital admission, I was essentially forced into treatment. The second day I called my mom begging her to let me leave, that I didn’t have a problem, and I swore to try harder. Like Stevie, I didn’t talk in group therapy or to other clients. I broke the rules just because I could. I refused my meds. I didn’t give my therapist anything to work with. (Shout out to Leslie, sorry for making your life so difficult.) It wasn’t until my fifth admission that anything changed.

Stevie walks into treatment in denial and against recovery. Paperweight ends with her coming to terms with her ED, accepting help from her therapist, Anna, and finally being willing to confront her demons. Reading her journey and the authenticity of the experience meant more to me than I can express.

In light of To the Bone premiering on Netflix with a cloud of controversy already surrounding it, I wanted to offer this to anyone suffering or in the process of recovery: Your feelings are valid. Your experience is real. You don’t need to read (or watch) anything that triggers you. And when/if you find the right story that touches you, knowing you’re not alone is super powerful.

Also, if you have any other recs that were accurate to your recovery process, I’d love it if you’d hit me up.