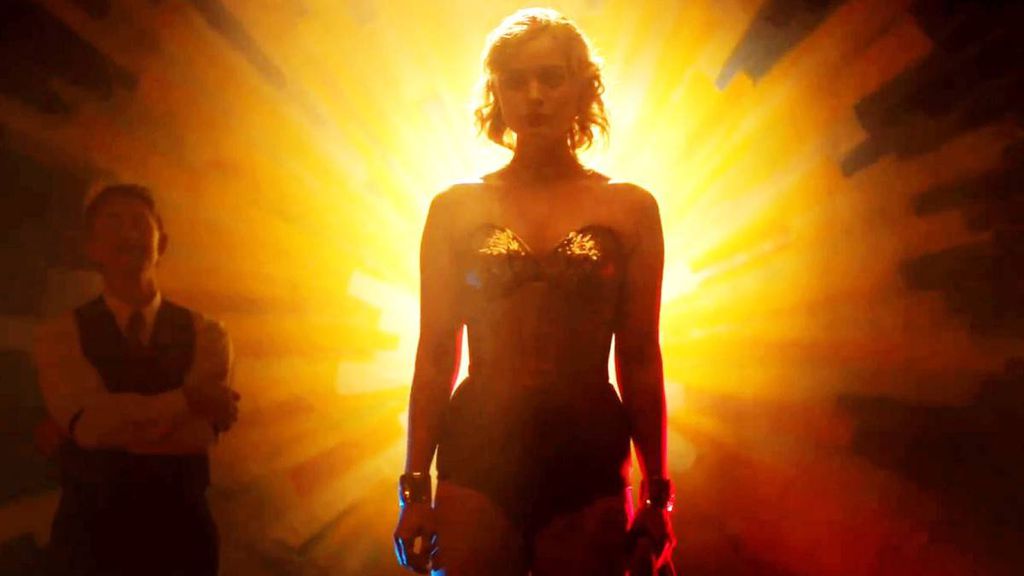 I became aware of the life and experiences of William Moulton Marston much the same way as many modern readers might have: Jill Lepore’s Secret History of Wonder Woman. A book about a character, her creator, and the many women and social movements that influenced him and his time period.

Another person who discovered Professor Marston’s story and was similarly fascinated is Angela Robinson. A film director, screenwriter, and producer, Robinson was handed a story about a group of people sharing an unconventional relationship in the 1940s and couldn’t leave the story alone. And when you watch the trailer you can see that Robinson, herself a queer woman, was not afraid to show exactly what that might have looked like.

So why am I excited? Let’s break it down.

No one who regularly reads Book Riot is any stranger to my love of romance. I love love stories like nobody’s business, and I have been a ravenous reader of polyamorous love stories for years. It fascinates me to see how people in love can keep their relationship—already a difficult thing to build and maintain between two people—in spite of themselves and society. Even in this day and age, romantic love between more than two people isn’t a thing that is “socially acceptable,” and neither is kink. So to see the story of three people walking that path in the first half of the twentieth century is a monster draw.

(If you’re interested in romance between three or more people, check out Jessica’s post from awhile ago, and I’m always down to guide you in the direction of more.)

The Period and The Comics

This film takes place not only in a fascinating physical time period, but in the Golden Age of comics. While the trailer indicates a strong focus on the relationship between the Marstons and Olive Byrne, it also indicates that we’ll get to envision the creation and dissemination of the comics, first in a small way and then more as Wonder Woman’s popularity grew. This film isn’t just about a man and the women he loved; it’s the Origin Story of a whole franchise.

Angela Robinson is a queer woman of color with the wherewithal to produce a movie that will turn some heads, both in the good and the bad way. I didn’t know much about her before first discovering the mysterious Professor M site as the shortest trailer before Wonder Woman this spring, but I seriously should have. She’s had her hands in some of the shows that helped form my own understanding of myself and the world from The L Word to True Blood to How To Get Away With Murder, and I can’t wait to see what else she’s got up her sleeve (and explore her backlist in the meantime).

There have been so many boxes checked off just in thinking about this movie for me, I’m drooling for October to come. Honestly, for me, it might be 2018, depending on whether my local indie film theater gets the rights sooner rather than later. But I’ve already watched this damn trailer fifty thousand times, and I think it’s really time for me to finish that Wonder Woman Archives project I started last year.

So yeah. I’m excited. Are you?