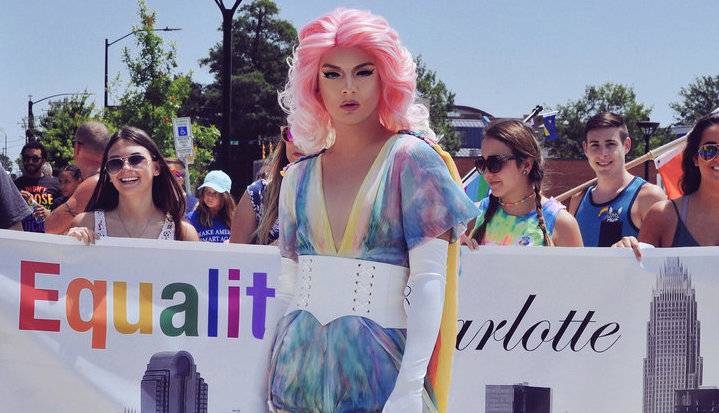 Annotated brings you the story of the world’s most glamorous librarian. Download it for free on Apple Podcasts, Google Play, or your podcast player or choice.

The 30-year-old James, who currently resides in Pacolet, South Carolina but performs mainly in North Carolina, is gearing up for the release of his first children’s book, Auntie Bulli, this fall. He told HuffPost that he was “completely caught off guard” by the backlash that his plan received. “I was truly oblivious,” he said. “I mostly find it sad. I understand that super religious people would not be there supporting it, but to go the extra mile to fight it when you could just not come kinda shocked me!”

When drag queen story time comes to Virginia, I will be first in line.

Then there’s The Dark Tower, a misstep so colossal that it’s guaranteed to please no one. The film scarcely counts as an adaptation of Stephen King’s epic fantasy series: The script feels like it was cobbled together from the memory of someone who read the books years ago and then recounted his wonky fever dream about them. There are certain recognizable beats, linked together by REM logic, and a plot that borrows haphazardly from all seven of King’s lengthy novels. To fans of the Dark Tower series, the end result is a nightmare.

Carson Levine’s Ella transcends the traditional damsel-in-distress role. Though condemned to obey her exploitative stepmother and -sisters, she battles back, runs away, and goes on a quest to get the spell lifted. She battles ogres and befriends elves and giants. Though Ella, like Cinderella, eventually finds herself whisked out of servitude to a cruel stepfamily by marriage to a prince, the love story builds more slowly, allowing readers to invest in the relationship between kind, stalwart Prince Char, heir to the throne of Kyrria, and the clever, scrappy heroine.

How the heroine of Ella Enchanted became a feminist icon.