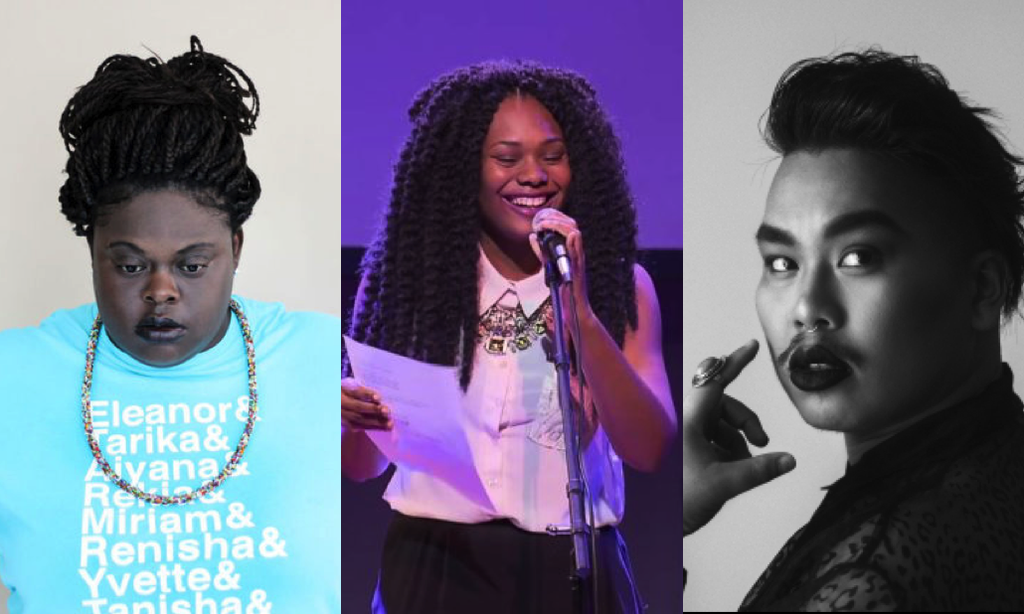 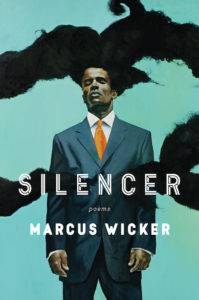 “There is not a moment in this book when you are allowed to forget the complexities of a black man’s life in America. There is the quiet, ironic pleasure of life on a cul-de-sac juxtaposed with the tensions of always wondering when a police officer’s gun or fists might get in the way of the black body. The stylistic range of these poems, the wit, and the intelligence of them offers so much to be admired. There is nothing silent about Silencer.” —Roxane Gay

Through my American school career, poetry evoked images of old white dudes writing about girls they thought were beautiful and old white women writing about loves they had lost. (This can make for great poetry, of course, but it’s hardly all that it is.) I don’t remember learning about any poets of color besides perhaps Langston Hughes, and he felt removed from my time and style. Then, I went to my first slam poetry event.

Every word floored me. Every line caught me in its web. So this — this was what all the fuss was about. Poetry was spellbinding. It kept me on my seat like an action thriller. In addition, the poets were a cluster of different voices, looks, races, and genders. They spoke about issues that I had actually faced and concepts that I understood. And if I didn’t personally understand what they wrote about, it was just a chance for me to learn.

So, let’s learn about different perspectives while consuming captivating writing with these must-read modern poets of color.

Naomi Shibab Nye is an American-born poet who shared her childhood time between some very different places: Palestine, Israel, and Texas. Her poetry encapsulates nuanced musings about her Arab-American identity and heritage, along with common themes of peace and kindness. Here is an excerpt from one of my favorite poems of hers, “Blood“:

“a girl knocked,
wanted to see the Arab.
I said we didn’t have one.
After that, my father told me who he was,
‘Shihab’—’shooting star’—
a good name, borrowed from the sky.
Once I said, ‘When we die, we give it back?’
He said that’s what a true Arab would say.”

When I first watched one of Paul Tran’s poems, I couldn’t move afterwards. I have yet to come across a poem as bluntly powerful as their work entitled “Ice Cream Man”. (You can watch it here, but be aware that this is an intense poem about sexual assault.) Since then, I’ve been in awe of their ability to cross boundaries such as gender, race, and tradition in their poetry. Tran’s work surrounding their Vietnamese identity offers a perspective that many Americans do not receive beyond a warped Vietnam war narrative. From “Taint“:

“Because I’m my mother’s son, I leave the arrow
in my throbbing heart. What kills me keeps me
alive. I forgive nothing, forget nothing. Revenge,
no matter how or when, is my only satisfaction.
Consider a glass saucer of apple cider vinegar
on the table overnight, a fleet of drowned fruit
flies in the morning. Consider my father’s face
snipped from photographs, smothered without
protest in a grocery bag.” 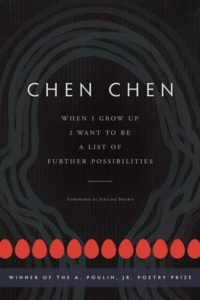 Here is another addition to the ever-growing pool of poets of color that also land somewhere on the queer spectrum. As someone who experiences various forms of homophobia from the black community, I especially admire when gay voices come from marginalized communities. Chen Chen has accomplished so much in his time as a poet, from winning the A. Poulin, Jr Poetry Prize to being a Lambda Literary fellow. (The list is much, much longer in its entirety.)

From a poem called “In the Hospital” in his book, When I Grow Up I Want to Be A List of Further Possibilities:

Porsha Olayiwola (also known as Porsha O.) has a presence unlike any other. A self-described “hip-hop feminist”, she takes no names as she dismantles capitalism, racism, and sexism through her spoken word magic. I could listen to her take down bigotry for hours. But don’t just take my word for it. Watch some of her best work here: “Capitalism” and “Water“. 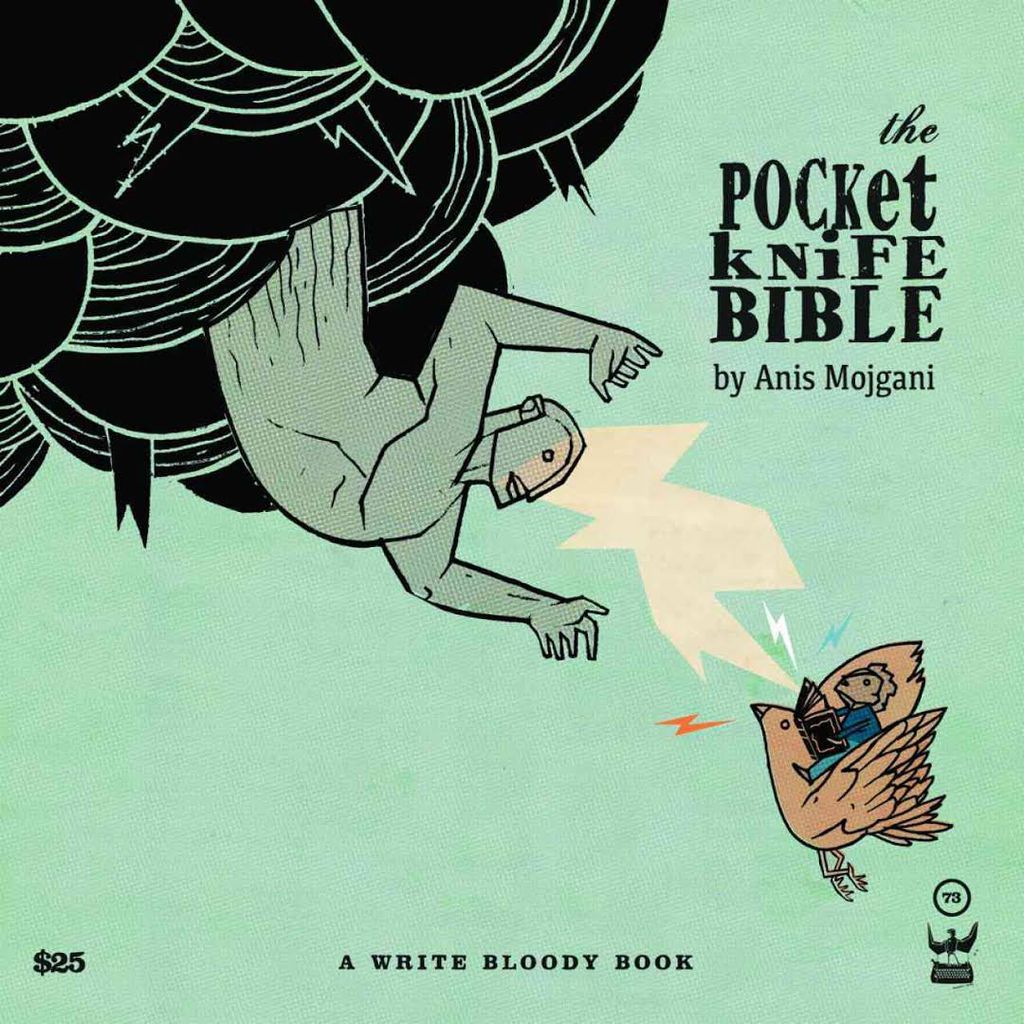 On the first day of my Creative Writing class in high school, my professor showed us Anis Mogjani’s “Shake the Dust“. Suddenly, it was obvious. This was truly the level of excellence that we were to aspire to. Anis Mogjani has been creating fantastic poetry since before I wrote my first crappy acrostic. He’s done Ted Talks and spoken at numerous colleges and events, and has published various books and collections of his work. To me, his most interesting works explore spirituality in a strange, unforgiving world. His most recent work, The Pocketknife Bible is an illustrated poetry memoir. 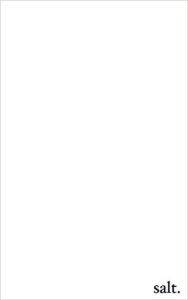 Some of Nayyirah Waheed’s poetry might look familiar. Many people have noticed its and Tumblr-famous-poet Rupi Kaur’s eerily similar style and structure. There have even been allegations of plagiarism. While I can’t say for sure that Kaur stole some of Waheed’s imagery and work, I do believe that Waheed is a fantastic writer who uses minimalism to convey deep emotions.

From her collection of poetry salt.:

“i don’t pay attention to the
world ending.
it has ended for me
many times
and began again in the morning.” 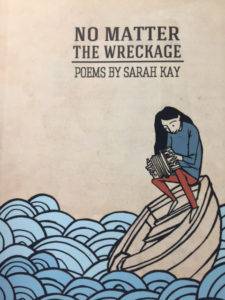 The day I met Sarah Kay I almost cried. She’s up there with the poetry greats: Anis Mojhani, Andrea Gibson, Shane Koyczan, and more. Seeing her perform live awakened something inside of me that I’m not sure what to name. It was beautiful and breathtaking and I still blush when people say we look alike. Kay focuses on more “common” concepts more than the other poets of color on this list, but she does so deftly and expertly. I recommend watching one of her Ted Talks and checking out her debut poetry collection, No Matter the Wreckage.

From her poem “The Oak Tree Speaks”:

“In New York, when a tree dies, nobody mourns that
it was cut down in its prime. Nobody counts the rings,
notifies the loved ones. There are other trees.
We can always squeeze in one more. Mind the tourists.
It’s a nice place to visit, but I wouldn’t wanna live there.” 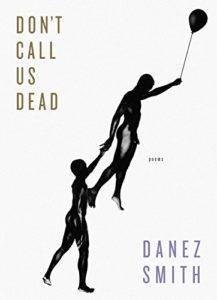 Danez Smith confronts race in a way that tugs at every part of you. Their metaphors for the struggle are some that I will never forget. Some of the most visceral lines in spoken word poetry can be found in their work. They also have a way of combining a story with a greater message effortlessly. My favorite videos of their performances include “Dinosaurs in the Hood” and “Alternate Heaven for Black Boys“. Watching Smith perform is a treat for all.

From “not an elegy for Mike Brown“:

“I am sick of writing this poem
but bring the boy. his new name
his same old body. ordinary, black
dead thing. bring him & we will mourn
until we forget what we are mourning
& isn’t that what being black is about?
not the joy of it, but the feeling
you get when you are looking
at your child, turn your head,
then, poof, no more child.
that feeling. that’s black.”

Crystal Valentine addresses issues of intersectionality in her masterful, vibrant work. I first heard about her blunt, fantastic piece called “Crystal Gets Taken in for Interrogation after Assassinating Donald Trump“. Then, I delved into her work, all of which is just as startling and powerful.

Black privilege […]
Is the time a teacher asks a little boy
What he wanted to be when he grew up
And he said, “Alive.”
Is the way she laughed when she said,
“There’s no college for that.”

Jamal Parker is 1) an breathtaking poet and 2) my ideal candidate to play Miles Morales in a film adaptation. He effortlessly balances heartwarming poems about love and acceptance and poems that’ll rip your heart out. Parker’s voice is like water at times and like lightning at others. He also has a unique background, as he lived in Japan for part of his childhood. Parker delves on his circumstances in his writing and uses it to explore themes I had never even thought of.

What other modern poets of color do you think are a must-read?

It took a lot to narrow down this list. There are so many poets of color out there: don’t let your reading lack diversity when there are so many artists to explore. Who else do you think should have been included here? (Get even more poetry here.)