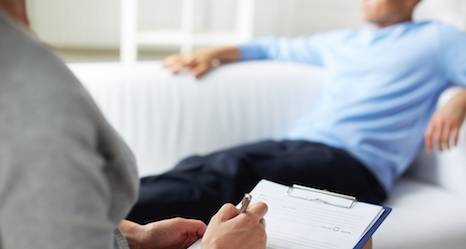 When times are tough—and they frequently are—we turn to people we trust to offer a shoulder, an ear, a reality-inducing stare of incredulity, or whatever it takes to get us sorted out and movin’ along like Kermit and Fozzie. Friends and family are great sources of advice, but our bummed out, downturned gaze may not be considering another more bookish option. What about advice from our favorite characters?

There’s a legit exercise in counseling in which you form a list of people you genuinely admire but may not legit know in legit actual life. Each person kind of represents or exemplifies a quality or trait you respect or need more of in your sweet self. From this list, you pick a handful to form a well-rounded team, and they become an imaginary board of advisors so to speak. So when you’re in a pickle, you might pause and ask yourself “okay, what would Mr. Rogers say about my situation?” It takes a little creative oomph, yes, but it can be a really refreshing way to get a new perspective.

And yes, I have done this exercise and, yes, Mr. Rogers was my advisor on sentimentality and kindness.

We all have picked out our nearest and dearest characters over the years, so why not put them to work for us? Why not wonder what they would see in a predicament, what they might observe about your life, and what kind of friendly assistance they might offer? Why not?

Here is a short list of my own Advisors from fiction. There’s no maximum or minimum number, so if you want to include every single person from War and Peace you go right ahead and don’t let me or anyone else stop you. 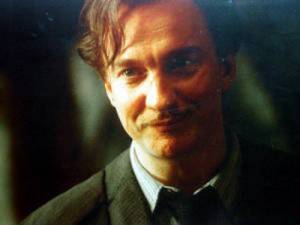 Remus Lupin from Harry Potter. Of all the characters I’ve ever encountered, none have felt more like my kindred spirit bff than the kind yet troubled Remus Lupin, who is also a werewolf just like me. Jk. Though I did grow up playing a roleplaying game about werewolves, so let’s just round up and call it samesies. Lupin is, for a time, the Professor of Defense Against The Dark Arts, and he is generally adored and respected by students and teachers alike.

Best Advice-Giving Traits: He’s an active listener. His heart is warm and enormous, but he’s also measured and reasonable. As we see in his lessons in the classroom, he believes in teaching others to find their best inner qualities. And he teaches us that laughter and joy are often the most crippling weapons against fear and despair. And, in the film at least, he wears a cardigan just like everyone’s favorite caretaker of the Neighborhood of Make Believe. Remus Lupin makes people believe in themselves.

Death from The Sandman. Okay, it looks like a weird choice. But if you’ve read the comics, you already know that she ain’t no grim reaper. Gaiman’s wonderful version of Death is spunky, cheerful, playful, and really quite compassionate. It just so happens that her day job is shuffling us off this mortal coil. She’s really great.

Best Advice-Giving Traits: Death would look at problems with a cocked head and a smirk. A light heart often lends itself to clarity of perception, of course. Also, if someone is being obtuse, she isn’t above punching them lovingly in the shoulder and telling them exactly how dumb they’re being. Directness is a lot easier to take from someone who cares than from someone who just wants to be right or wants to show off that they know the best thing for you to do. She nails it. But her super power might just be pulling you up onto your feet and pulling or pushing you kindly back to all the life-affirming things you loved, if you’re feeling morose. If anthropomorphized death can take herself a little less seriously, you probably can, too. 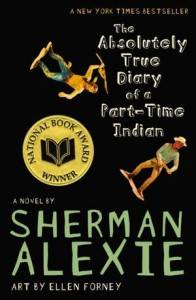 Junior from The Absolutely True Diary of a Part-Time Indian . Arnold Spirit, Jr. hasn’t been around as long as Death, obvi. But that’s great—his fourteen year-old perspective is also acutely perceptive in that special way the young can see the world. Junior is watching everything unfold with fresh eyes, unsaddled by an excess of his own experiences.

Best Advice-Giving Trait: Junior wouldn’t dress up his thoughts. His personality is such a blend of humor and candor, which makes for a unique and really excellent brand of honesty. Also, adults can get really convoluted. Junior would certainly cut right through the crap in his brilliant way.

So that’s my abbreviated list, which probably looks nothing like yours. And that’s great—I’d love to know who you would turn to for a word of advice or perspective!