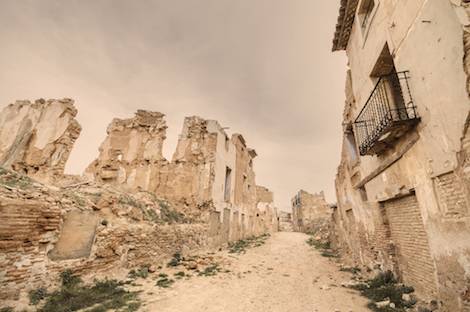 There are some words you only expect to encounter in history books. Fascists, Nationalists, Nazis, Antifa, Anarchists—who predicted these groups, in 21st century America, would be back in the news? That self-proclaimed members would be holding rallies and marches, chanting old Nazi slogans and carrying tiki torches? And while these are not the same groups (in size or power) that existed in 1930s and ’40s Europe, they do share a common history and ideology. On their own, Spanish Civil War books are an easy topic to follow down a rabbit hole. Examined in light of recent events, they’re irresistible.

What was the Spanish Civil War?

Often referred to as a warm-up to World War II, the Spanish Civil War (1936–1939) is a complicated and confusing period even for the historians who study it. It pitted Republicans—left-leaning, democratic supporters/loyalists of the liberal reform government—against the right-leaning, Roman Catholic Nationalists led by General Francisco Franco. Both sides formed alliances of convenience with other political groups. The Republicans joined with the Communists and Anarchists, while the Nationalist movement included among its members Monarchists, Fascists, the lesser known Falangists, and had the outside support of both the USSR and Nazi Germany.

The sheer number of factions involved in this Battle Royal over a country 73,000 square miles smaller than Texas boggles the mind. Ultimately, the conservative Nationalists won and Franco would rule Spain with an iron fist for 36 dark years.

As usual, I’m only skimming the surface of history. For anyone interested in taking a deeper dive, here are some Spanish Civil War books (fiction and nonfiction) to get you started. 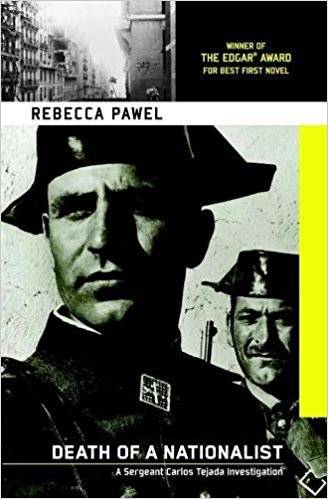 The Tejada series by Rebecca Pawel are mysteries set during the Spanish Civil War. Carlos Tejada Alonso y León, a Fascist and officer of the Guardia Civilia, is the unlikely protagonist. I’ve only read the first book, Death of a Nationalist, in which Tejada investigates the death of his friend and fellow soldier. The chief suspect is the young Communist woman found leaning over the dead body and the only witness her frightened niece. Of course things are more complicated than they first appear. Tejada is a problematic hero. But placing her hero on the wrong side of history in a period most readers may not be familiar with is what makes Pawel’s stories so unusual and intriguing.

The Time of the Doves (also published under the title In Diamond Square), written by Mercé Rodoreda and translated from the Catalan by David H. Rosenthal, is an epic novel set before, during, and after the Spanish Civil War in the city of Barcelona. Rodoreda’s heroine, a woman named Natalia, struggles to survive this turbulent period of Spanish history. Part love story, part female coming-of age saga, The Time of the Doves is considered a modern classic. 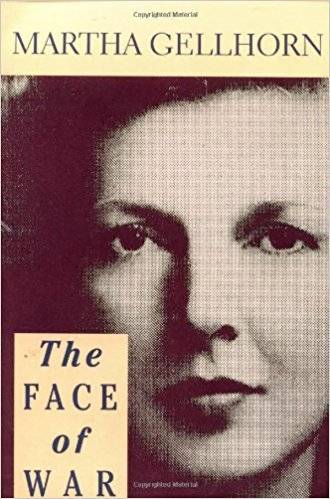 The Face of War by Martha Gellhorn is a memoir of her life as a war correspondent, reporting from the front lines of conflicts around the world. Gellhorn is a trailblazer who cut her journalistic teeth on the Spanish Civil War. Her descriptions of the Republican soldiers she meets on a train will simultaneously put a smile on your face and break your heart. Only three chapters of The Face of War are about her time in Spain, but it’s worth finding the book just for those.

For Whom the Bell Tolls by Ernest Hemingway is perhaps the most famous novel of this period. It’s also a complete sap-fest. “Guapa…Listen. We will not be going to Madrid…” My 14 year-old self sobbed uncontrollably through the entire last chapter. Hemingway’s book is a love story, a war story, and a revolutionary novel—all written in Papa’s no-frills prose. Did I mention that Hemingway and Gellhorn travelled to Spain together? This was the early days of their short lived romance when the couple was still happy. It’s interesting to compare his romanticized version of the war with hers. 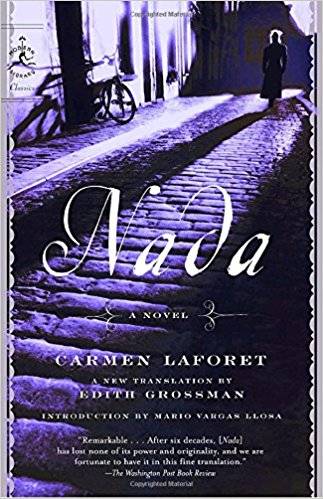 Nada by Carmen Laforet, translated by Edith Grossman, is set in the period after the Civil War—aka Franco’s Spain. The young heroine, Andrea, is a country mouse escaping to the big city to attend university.  She moves into the once grand family apartment, now crowded with a bevy of eccentric relatives. Nada is another female coming-of-age story, written by a contemporary of Mercé Rodoreda. The plot is punctuated by hunger (for most of the story Andrea is literally starving to death) and petty family drama. Laforet’s novel paints a moody picture of an economically depressed Barcelona in the aftermath of a brutal war.

If you’re looking for straight history, The Battle for Spain: The Spanish Civil War 1936-1939 by Antony Beevor and The Spanish Civil War: Revised Edition by Hugh Thomas are works of nonfiction by two respected historians. Thomas’ book is considered the definitive work on the subject, but Beevor draws on newly discoverd material from Russian archives. Both books are gripping reads, so you really can’t pick wrong.

Pan’s Labyrinth, a film by Guillermo del Torro, isn’t a book (obviously). It is a beautiful fairy tale of a film set in Franco’s Spain. The villain is a Spanish officer who is tasked with hunting down all remaining Republicans—a group of local rebels forced into hiding. At the center of the story is the officer’s step-daughter, a child who is set three tasks by a duplicitous faun in order to prove she is the long-lost princess of an underground kingdom. Visually dazzling, this film may be del Torro’s masterpiece and evokes the era in ways a more realistic depiction can not.