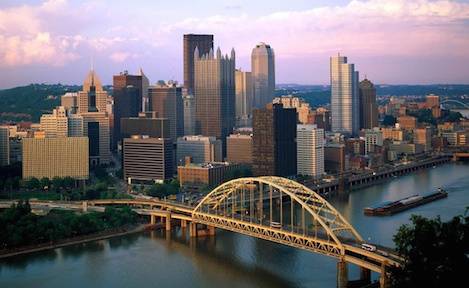 Pittsburgh, home to the Review Review, Creative Nonfiction, and Hot Metal Bridge, has always been a literary city to me. My first visit, 24-hours long max, I saw Junot Díaz read at Carnegie Music Hall for the Pittsburgh Arts & Lectures series (featured in Book Riot’s first Pittsburgh post). There, the author of Pulitzer Prize-winning The Brief Wondrous Life of Oscar Wao dropped F-bombs and knowledge, and my writer- and reader-heart pittered and pattered. A 55-minute drive from my alma mater, I lived and worked in the City of Bridges for 13 months before moving West. Needless to say, it claims a place in my heart, and I return to it in my thoughts and on planes often. 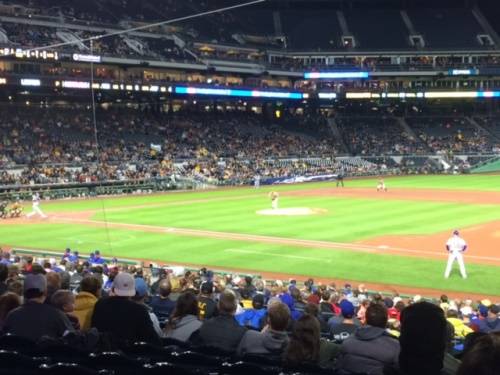 A former Pirates season ticket holder, my favorite view of the city is from behind home plate in PNC Park: watching the game, skyline, and the Three Sisters, almost identical self-anchored suspension bridges built in the 1920s. Two of the bridges are named for literary figures and the other a literary subject for his humanitarianism, athleticism, and working sainthood: Roberto Clemente. 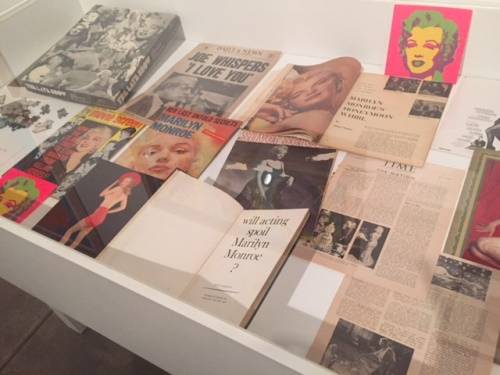 Take your bookish legs and thoughts to the Andy Warhol Bridge, whose namesake published Andy Warhol’s Index, The Philosophy of Andy Warhol (From A to B and Back Again), The Andy Warhol Diaries (posthumously), among others. As recommended by Rioter Jessi Lewis, I visited the Andy Warhol Museum. Always interested in personal book collections, I was lucky to view the Stars of the Silver Screen exhibition. Warhol’s collection of Hollywood ephemera accompanied by select artwork showed me the fanboy within the artist, and I marveled over deep-seated obsession, how it sprouts from a creative person. 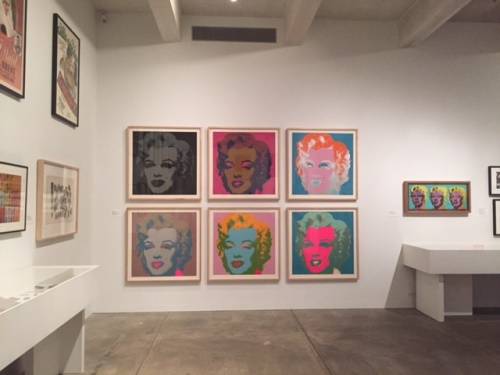 One bridge over, the Rachel Carson Bridge is currently home to a light installation by artist Andrea Polli and Ron Gdovic. Energy Flow, which debuted on November 18, 2016, consists of “over 27,000” lights. Along the vertical cables, the multicolored display, powered by sixteen locally-made wind turbines, shows the wind’s speed and direction. Also known as the Ninth Street Bridge, it was renamed for the environmental activist and writer on Earth Day in 2006. If you’re downtown at night, fix your eyes on this bewitching sight and ponder how Carson writes about the sea, effortlessly and interestingly:

The winds, the sea, and the moving tides are what they are. If there is wonder and beauty and majesty in them, science will discover these qualities. If they are not there, science cannot create them. If there is poetry in my book about the sea, it is not because I deliberately put it there, but because no one could write truthfully about the sea and leave out the poetry. 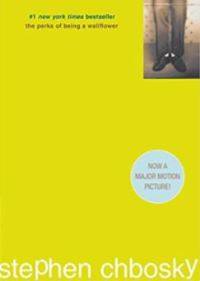 The Perks of Being a Wallflower by Stephen Chbosky features my second-favorite view of Pittsburgh. In the epistolary novel, Patrick takes the wheel of Sam’s truck in the Fort Pitt Tunnel, so she can stand in the bed as Fleetwood Mac’s “Landslide” plays, her dress flowing behind her like “ocean waves.” About the moment, Charlie writes, “When we got out of the tunnel, Sam screamed this really fun scream, and there it was. Downtown. Lights on buildings and everything that makes you wonder.” Seriously, the sight will steal your breath. It will—yes, like that iconic line—make you feel “infinite.”

Houses are something to see: Rachel Carson’s homestead in Springdale, Gertrude Stein’s dwelling in Allegheny. How could I not mention August Wilson, who wrote the Pulitzer Prize-winning Fences? From the Hill District, his childhood home resides at 1727 Bedford Avenue. Also on the North Side is House Poem, a building covered in Chinese calligraphy. A City of Asylum project, the organization works to give exiled writers residencies. 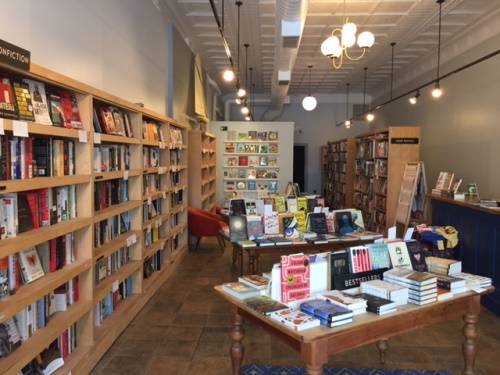 Obsessed with ocean things and indie bookstores, I Instagram-stalked White Whale Books since their opening. The carefully-curated selection amazes. My party of four left with nine books. The used book section displays some gems: Lark and Termite by Jayne Anne Phillips, The Tiger’s Wife by Téa Obreht. 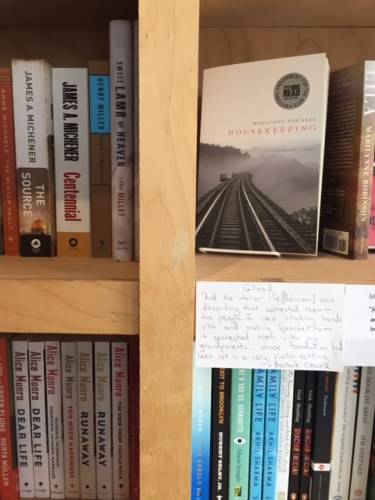 In “How Is the Artist or Writer to Function (Survive & Produce) in the Community, Outside of Institutions?” by Sesshu Foster, options for “how to survive” include “meet me for noodles” and “i’ll buy you pho.” A lifelong noodle enthusiast, I prioritize slurps, and I don’t have to bribe friends, especially writerly ones, to accompany me. Sometimes in anticipation of my arrival, people make reservations for my carb-loving tummy at Everyday Noodles. Another eatery on my to-do list: Ki Ramen. 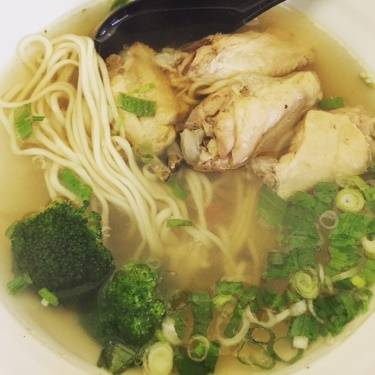 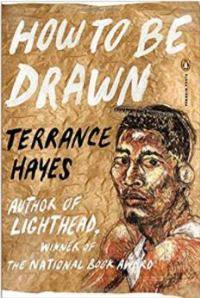 If you’re in town on November 30, carry National Book Award-winning Lighthead or How to Be Drawn because it’s Terrance Hayes Day in Pittsburgh. Read and memorize his words. Recite his poems in the street. In “Glory Hayes” from Pittsburgh Magazine, Hayes states the city has given him and his wife, poet Yona Harvey, “a lot of good that we need to take care of our family and be productive as artists. . . . There’s something about the weather, the literary community and the bookstores—and everything else that happens here—that makes me productive.”