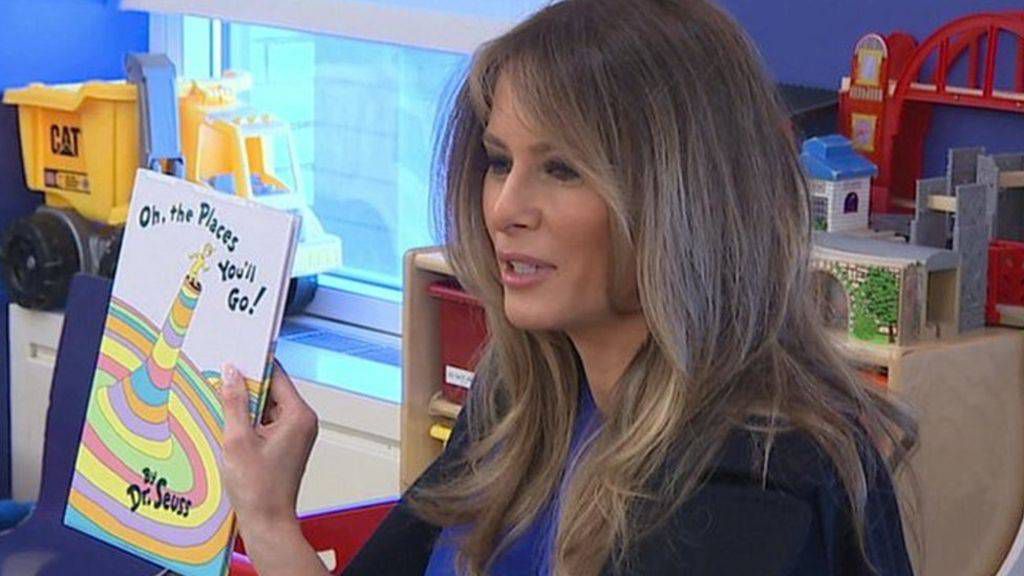 The librarian wrote that rather than sending books to a well-funded elementary school in Cambridge, Trump should instead be devoting resources to schools in “underfunded and underprivileged communities” that are “marginalized and maligned by policies put in place by Secretary of Education Betsy DeVos.” Critics view DeVos, a billionaire who has worked for decades to promote school choice, or alternatives to traditional public schools, as one of the most anti-public-education secretaries in the department’s history.

Parton continues, “And so it inspired her in her life and so of course they’re using a lot of my music from the old days but they asked me to write some new pieces and a theme song.”

The singer also shares, “So I’m working with Jennifer on that and a soundtrack album and so I’m excited about that.”

Dolly Parton is writing new songs for the adaptation of Dumplin’!

Thirty years after its release, The Princess Bride is returning to movie theaters for two days only.

The endlessly quotable adventure romance-fantasy-comedy was made for $16 million and grossed a decent $30.86 million, unadjusted for inflation. It will add to that ticket sales tally on Sunday, October 15, and Wednesday, October 18 when it gets a limited rerelease as part of the TCM Big Screen Classics series from Fathom Events and Turner Classic Movies.