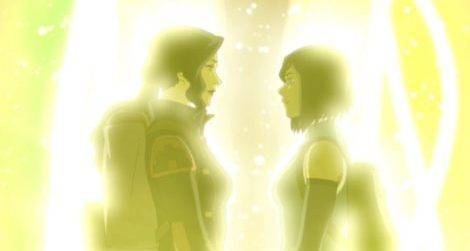 I first came out as bisexual when I was 14. The first time I ever heard the word was when my crush described herself using it, and it immediately felt just right.

I’ve spent the 25 years since with very little media representation, and for years it seemed that the best I could hope for is Willow deciding that her previous attraction to Xander and Oz doesn’t count once she starts dating Tara; I found a glimmer of hope in Arrow’s Sarah, who of course was promptly killed (and then revived and brought over to Legends of Tomorrow, where she exclusively pursued women); and I was absolutely beside myself—in a good way—when Darryl came out on Crazy Ex-Girlfriend (I even adopted “both-sexual” as a self-descriptor, even though there are obviously more than two genders).

Bisexual characters in novels are a rarity (though I did find these new release YA novels that I wish I’d had when I was a teenager!). Television has been the media where I’ve seen the most bisexual characters, and even so, it’s rare (see above). Like many LGBTQIA+ people, I frequently find myself creating headcanons, and shipping characters who I know will never actually end up together. Most recently, I finally caught up on the Nickelodeon series Legend of Korra, which my friend Lucas has been after me to watch since it was still on the air. I loved Avatar: the Last Airbender, and had enjoyed the first few episodes of Legend of Korra, but for whatever reason I’d never made it very far until recently.

At some point after Korra and Asami had both dated Mako, I found myself shouting at the screen, “FORGET HIM! YOU TWO SHOULD DATE EACH OTHER!” and then I was sad because come on, Nickelodeon isn’t going to make two main characters bisexual on a children’s cartoon. When Korra was recovering from her injuries, and only able to write to Asami, my heart hurt a little because I knew I was wishing for something I couldn’t have.

When we were about halfway through watching the final season, I went looking for a GIF of Asami for a Twitter thread of my favorite TV shows. And I stumbled upon a…lot of GIFs of Korra and Asami smooching. Welp, I thought, either this show gets real bisexual in the next five episodes, or there are other shippers out there and they have graphics skillz. I tweeted something to that effect, and Lucas replied with a teasing, “Both can be true.”

Category ID: 1074
Category ID: 9969
The Stack Newsletter
Sign up to The Stack to receive Book Riot Comic's best posts, picked for you.
Thank you for signing up! Keep an eye on your inbox.
By signing up you agree to our Terms of Service

So we finished the season, and when Korra and Asami held hands and stepped through the portal to the spirit world, I burst into tears. I cried for about two days straight, and then I nervously googled “Korra Asami” and squinted through my fingers at the results. I found blog posts written by the series creators, posted one week after the episode aired, confirming that yes, Korra and Asami were together-together; yes, they had fallen in love as their friendship deepened; yes, everything that I felt so strongly was real.

Now, listen. I hate spoilers. I had somehow managed to watch the series years after it aired without being spoiled, and I knew nothing about the ongoing comic series that continues the story. I wanted to read it, but I was afraid it would take away the ship I hadn’t dared to hope for in the first place. So I went off in search of spoilers.

These are the first words I read about Turf Wars: “Korra and Asami, now a couple…” I read more words, about Korra coming out to her family, and about the attitudes toward same-sex relationships in the Avatar world…but I started skimming pretty quickly, because it was all about Korra and Asami, together, being a couple.

Needless to say, I’ll be reading the series with open eyes and a full heart. I just need to pop into my LCS to pick up the first volume (the second will be out in January).