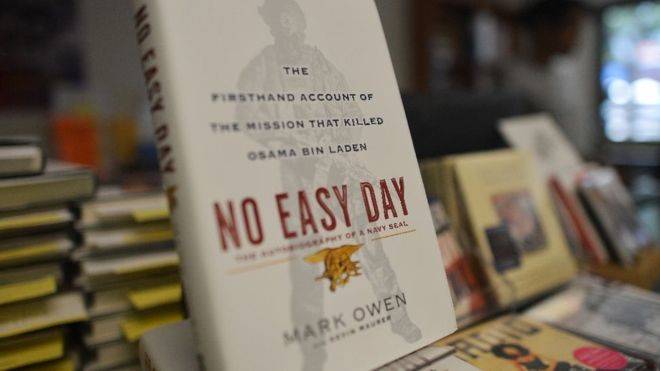 A former US Navy Seal who wrote a bestseller about his role in the raid that killed Osama Bin Laden is to pay nearly $7m (£5m) to the government for violating non-disclosure agreements.

Matt Bissonette failed to get clearance from the Pentagon before the book No Easy Day was published in 2012.

Man, what a costly error.

The romance genre’s best-loved trope is the enemies-to-lovers tale. Lauren adds her own twist to this story line with Evie and Carter, rival Hollywood agents. They discover they’re perfect for each other just days before they find themselves competing for the same position in their newly merged company. At turns hilarious and gut-wrenching, this is a tremendously fun slow-burn of a romance.

Sarah MacLean is back with the 5 best romances of the year!

The ex-boyfriend of author Emma Cline has filed a lawsuit against her in the US alleging that she plagiarised parts of her debut novel The Girls (Chatto & Windus) from him.

The claim alleges that Cline used spyware to access her former boyfriend Chaz Reetz-Laiolo’s email and other accounts.

However, Cline has denied the allegations and is counter-suing him, claiming that the “ludicrous” suit is part of a “two-year assault on her mental health and literary reputation” by a man jealous of his ex’s success…