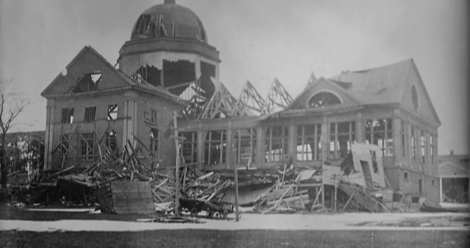 December 6, 2017, marks the 100 anniversary of the Halifax Explosion. The accidental collision of a munitions ship with another vessel in Halifax Harbour in 1917 was the largest man-made explosion prior to Hiroshima. The blast (and a subsequent snowstorm) left more than 2,000 people dead, including 500 children, and over 9,000 wounded, including more than 1,000 people blinded by shards of glass. The location of the collision itself meant that the most affected neighbourhoods were those of the city’s most marginalized: Indigenous populations, black Canadians, and those among the poorer classes. More than 6,000 people were left homeless in the wake of the Explosion, with an additional 19,000 people without adequate shelter.

Here are some books exploring the many facets of this Canadian tragedy, the communities it happened to, and its lasting repercussions.

The Halifax Explosion in Non-fiction 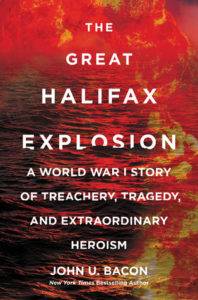 The Great Halifax Explosion: A World War I Story of Treachery, Tragedy, and Extraordinary Heroism by John U. Bacon

In this definitive account, bestselling author John U. Bacon recreates the recklessness that caused the tragedy, the selfless rescue efforts that saved thousands, and the inspiring resilience that rebuilt the town. Bacon brings to light one of the most dramatic events of the twentieth century, exploring the long shadow the world’s first “weapon of mass destruction” still casts on our world today. 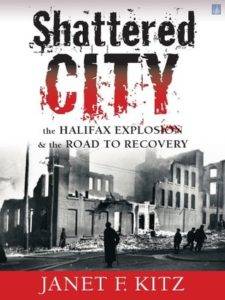 Shattered City: The Halifax Explosion and the Road to Recovery by Janet Kitz

This comprehensive book details the terrific devastation, the aftermath and the restoration. It encompasses dozens of previously unpublished stories, photographs, and documents, along with coverage of the inquiry into the disaster. 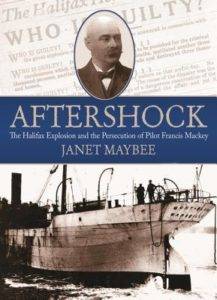 Aftershock: The Halifax Explosion and the Persecution of Pilot Francis Mackey by Janet Maybee

Pilot Francis Mackey was responsible for guiding the Mont Blanc into the harbour when it collided with the Imo. Mackey became a convenient target for public anger. Charged with manslaughter, he was imprisoned, villainized in the press, and denied his pilot’s license even after the charges were dropped.  Through interviews with Mackey’s relatives, transcripts, letters, and newly exposed government documents, author Janet Maybee explores the circumstances leading up to the Halifax Explosion, the question of fault, and the impact on the pilot and his family of the unjust, deliberate persecution that followed. 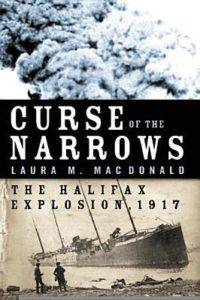 Curse of the Narrows: The Halifax Explosion 1917 by Laura MacDonald

In a sweeping narrative, Curse of the Narrows tells a tale of ordinary people in an extraordinary situation, retracing the steps of survivors through the wreckage of a city destroyed. Laura M. MacDonald weaves a panoramic chronicle of the astonishing international response to the explosion, telling of the generous donations of money and medical specialists made by the city of Boston, of how the number of horrific injuries to Halifax’s children inspired startling developments in pediatric medicine, and exploring the disaster’s chilling link to the creation of the atomic bomb. 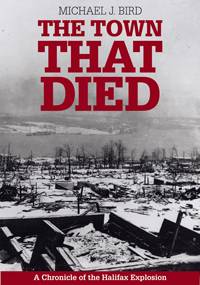 The Town That Died: The True Story of the Greatest Man-Made Explosion Before Hiroshima—A Chronicle of the Halifax Disaster by Michael J. Bird

First published in 1967, this is the first documentary account of the disaster. Told from the personal experiences of survivors, the author chronicles what happened before, during, and after the disaster.

The Halifax Explosion in Fiction 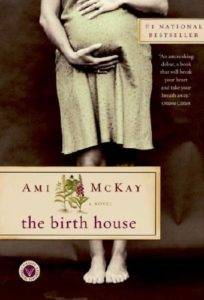 The Birth House by Ami McKay

When Dora Rare’s beloved mentor, Miss Babineau, passes away, she is left to carry on alone to teach and use traditional methods for midwifery. Filled with details that are as compelling as they are surprising, such as childbirth in the aftermath of the Halifax Explosion, this is an unforgettable tale of the struggles women have faced to maintain control over their own bodies and to keep the best parts of tradition alive in the world of modern medicine. 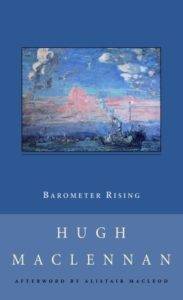 In this romance set against the horrors of wartime and the Halifax Explosion, we follow Penelope, who believes her lover has been killed overseas. That he died apparently in disgrace does not alter her love for him, even though her father is insistent on his guilt. What neither Penelope or her father knows is that her beloved is not dead, but has returned to Halifax to clear his name. 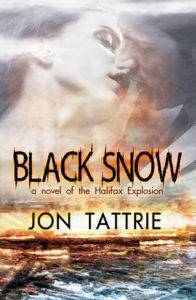 Black Snow: A Story Of Love And Destruction by Jon Tattrie

Black Snow is a love story set during the Halifax Explosion. For thirty-six hours, Halifax was in darkness; cut off from communication with the outside world. Rich in fact and shocking images, the story sets a blistering pace following one man’s search through a ruined city for the love of his life as he confronts the wreckage of his past. 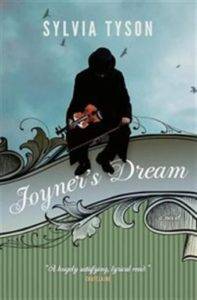 This is the sweeping story of a family and its dubious legacy: an abiding love of music coupled with a persistent knack for thieving. Beginning in England in the 1780s, continuing in Halifax at the time of the Great Explosion, and ending in Toronto in the present, eight larcenous generations are connected by music, a secret family journal and one long-lived violin. 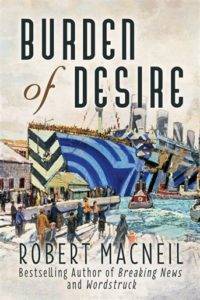 Burden of Desire by Robert MacNeil

The story of a love triangle between a bohemian Halifax belle, a university professor, and an Anglican minister, set against the backdrop of the devastating Halifax Explosion. When Peter finds an intimate diary among the donated goods at a post-Explosion clothing drive, he will stop at nothing to locate its author. Burden of Desire explores the repression and expression of sexual desire at the time of the First World War.

The Halifax Explosion in Books for Children 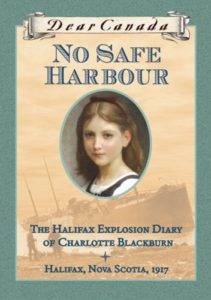 No Safe Harbour: The Halifax Explosion Diary of Charlotte Blackburn
by Julie Lawson

This chapter book is set in the months before and after the Explosion. Suddenly orphaned, Charlotte turns to her diary to help her cope with the events that killed her entire family—leaving her older brother, still fighting in the trenches of WWI, as her only surviving relative. This is an affecting story of loss and recovery, powerfully told by award-winning author Julie Lawson. 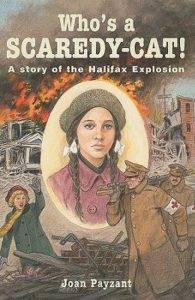 Who’s a Scaredy-Cat!: A Story of the Halifax Explosion by Joan Payzant

In the terrible days that follow the Halifax Explosion, former nemeses Flossie and Isobel pull together to become friends. Although the pain and distress of these events are portrayed realistically, the novel is really about hope, courage and the ability of people to carry on. The historical detail is woven into the story masterfully, and is brought to life in Marijke Simons’ illustrations. 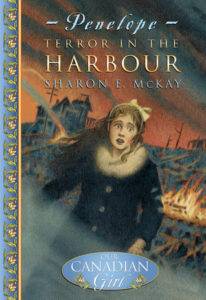 Terror in the Harbour (Our Canadian Girl: Penelope, #1) by Sharon E. McKay

Penny and her little sisters live with their widowed father in a small house in Halifax. On the morning of December 6, Penny’s father is at work, leaving Penny to get her sisters ready for the day. It is then that a catastrophic explosion rocks Halifax Harbour—and Penny, alone, must save her sisters’ lives as well as her own. 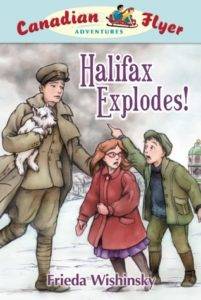 Matt and Emily arrive in Halifax on their magical time-traveling sled just as the Explosion occurs. In the chaos that follows, the two friends find a small dog wandering around with Tim, a dazed young soldier who has just returned from fighting overseas in World War I. Can Emily and Matt help Tim find his niece, Carolyn, the dog’s owner? What if she’s been hurt in the blast and needs help? 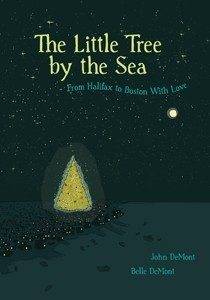 The Little Tree by the Sea, by John
DeMont, illustrated by Belle DeMont

In the wake of the explosion and snowstorm, Boston and the state of Massachusetts provided one of the most generous responses. Within 48 hours of the disaster, trains of doctors, nurses, and representatives of relief agencies were en route to the devastated city. In honour of this act of compassion and generosity, every year the province of Nova Scotia sends the City of Boston one of its most beautiful trees. This charming children’s book illustrates the journey the tree takes on its way from Boston to Halifax.

Other Communities Affected by the Halifax Explosion

Halifax is and was home to a variety of ethnic and cultural groups, all of which were affected by the Halifax Explosion. Learn more about the multicultural history of the city and the province of Nova Scotia in these titles: 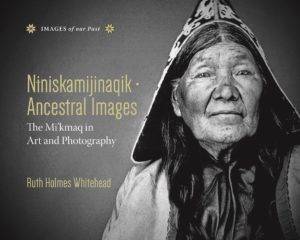 The Mi’kmaq of Atlantic Canada were here for thousands of years before the arrival of European peoples. This book presents their unique culture and way of life through the remarkable and sometime complex lives of individuals, as depicted in artwork or photography. Through 94 compelling pieces of art and photography, chosen from more than a thousand extant portraits in different media, the book provides an entry point to deeply personal history, a small moment or single person transformed into vivid immediacy for the reader. 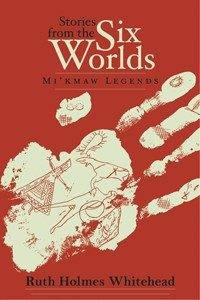 Stories From the Six Worlds by Ruth Holmes Whitehead

Drawing on various sources, Ruth Holmes Whitehead retells the tales in a voice close to that of the original storytellers. This new edition includes an updated design and the original collection of twenty-nine stories. In Stories from the Six Worlds, Mi’kmaw legends are offered to all people whose search for meaning draws them again to the ancient cultures. 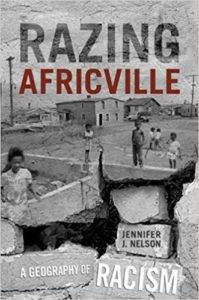 Razing Africville: A Geography of Racism
by Jennifer J. Nelson

In the 1960s, the city of Halifax razed the black community of Africville under a program of urban renewal and “slum clearance.” The city defended its actions by citing the deplorable living conditions in Africville, ignoring its own role in the creation of these conditions through years of neglect and the refusal of essential services. This work examines how Africville went from a slum to a problem to be solved. 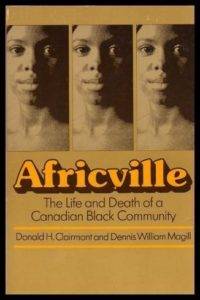 Africville: The Life and Death of a Canadian Black Community by Donald H. Clairmont and Dennis William Magill

In the mid 1960s the city of Halifax decided to relocate the inhabitants of Africville—a black community that had been transformed by civil neglect, mismanagement, and poor planning into one of the worst city slums in Canadian history. This is a sociological account of the relocation that reveals how lack of resources and inadequate planning led to devastating consequences for Africville relocatees. 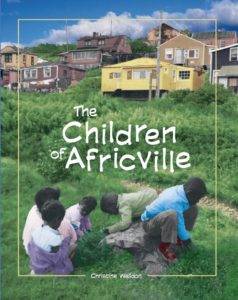 The children of Africville lived in a special community where everyone knew their neighbours, and all helped and cared for each other. This is the remarkable story of these children during the community’s final years, before it was torn down and its families were relocated. Full of photographs and stories from Africville people, this book is an important celebration of Nova Scotia black history, its vibrant community, and the children who lived there. 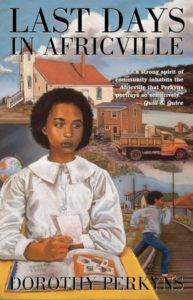 On the shores of Bedford Basin in Halifax, 12-year-old Selina Palmer is growing up in the community of Africville in the 1960s. Struggling with what it means to be the only black student in her Grade 6 class, Selina takes comfort in the fact that every day she goes home to a loving and vibrant neighbourhood, where friends and family accept her as she is. But ugly rumours are starting to surface about the fate of Africville…

Want to learn more about Halifax, Nova Scotia? We’ve got you covered in this literary tourism post.